Students crowdsource in attempts to expel James Allsup from WSU 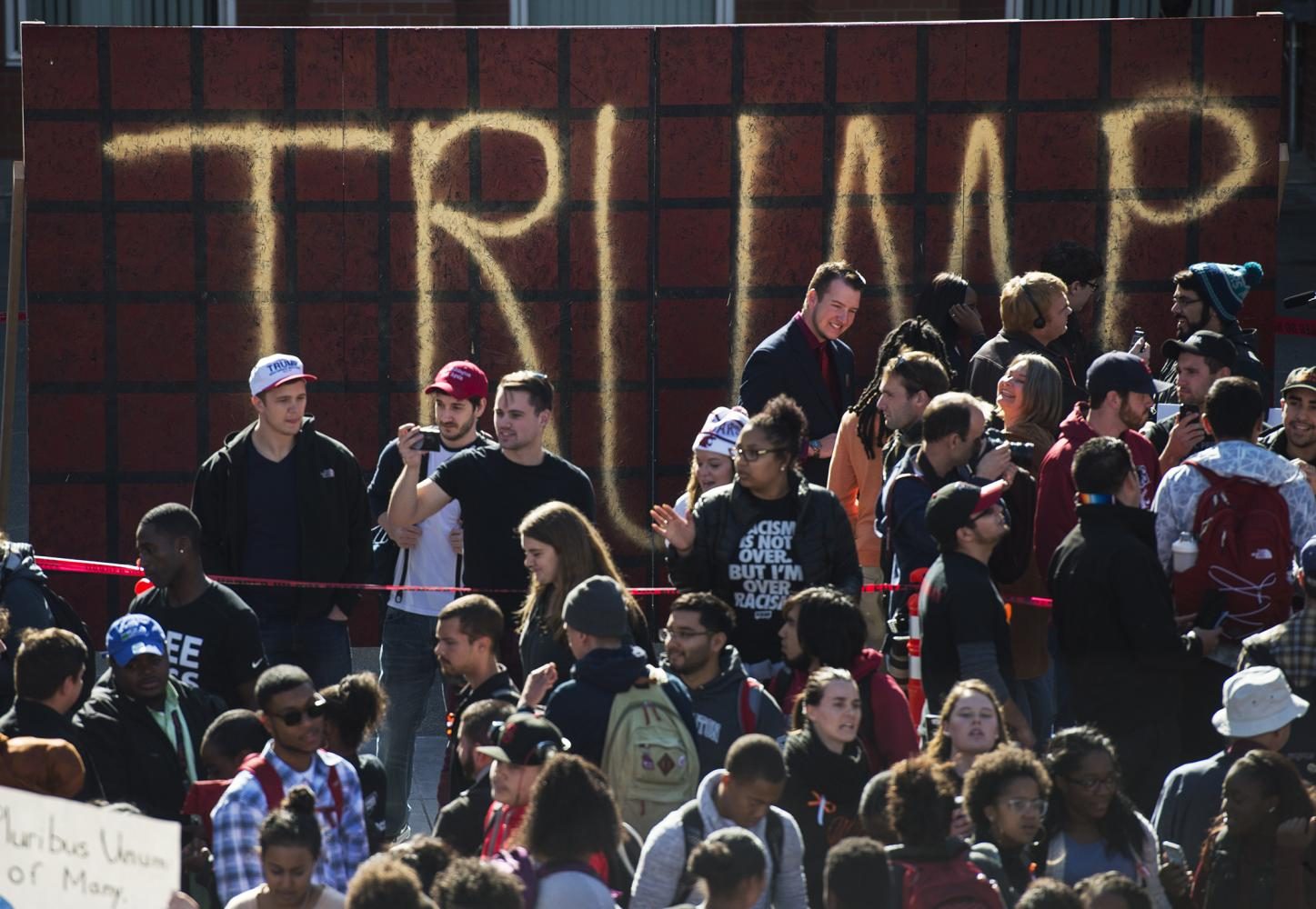 Hundreds of WSU students, community members and faculty at WSU have called for expulsion or denouncement of James Allsup, former president of the WSU College Republicans, following his participation in a white supremacist rally at the University of Virginia on Saturday.

Some WSU students have the goal of removing Allsup from WSU, creating a petition to expel him which has collected approximately 4,300 signatures. Other methods students have used include crowdsourcing screenshots of his social media posts, expressing their concerns to the Office of Equal Opportunity and calling out university leaders on social media.

Andrea Chavez, a senior psychology and human development major, said she has spent hours compiling videos of Allsup’s activities and has reached out for help to a Facebook group she is a member of, Unity @ WSU/SPLC on Campus.

Chavez, a formerly undocumented student who attained citizenship, said some of Allsup’s actions that she has seen, such as dressing up as a border patrol agent and organizing the Trump wall, cross the line into harassment of minority students.

The university has declined to comment beyond statements already released by WSU President Kirk Schulz.

University leadership has circulated a document of talking points to WSU faculty and staff, instructing them on how to respond to media requests and concerned calls from alumni, friends or the general public.

The document reiterates Schulz’s statements and instructs faculty to direct attention to the university’s campus climate initiative, a plan created after a video ridiculing three black students surfaced in May.

The video featured heavily edited clips of Allsup arguing with female Black Student Union members during last fall’s Trump wall demonstration, mixed in with clips of African children dancing and captions such as, “go back to Africa.” Allsup said he was not involved with the video, which was posted on a Facebook meme page he had no prior association with.

Faculty were also encouraged to emphasize that universities are free speech laboratories and that safety and free expression are not mutually-exclusive concepts.

In an earlier interview with the Evergreen, Allsup said he would be insulted if Schulz or the university denounced or tried to punish him for his participation in the Unite the Right rally.

“The university should not be in the business of disavowing what their students do, what their tuition-paying students do in their professional careers,” Allsup said.

Beth Hindman, WSU media law professor and free speech expert, said as a public university, WSU is obligated to uphold the First Amendment, unlike private universities, and cannot take action against Allsup for his political views, though harassment and violence are not protected.

“Hate speech is protected,” Hindman said. “He has the First Amendment rights to say what he wants to believe, even if it horrifies people.”

Hindman encouraged students to address Allsup’s free speech in Charlottesville and at WSU with their own free speech.

“[The university] should denounce [his social media posts],” she said. “But denouncing and punishing are different. Any student has the right to counteract what he’s said, and I encourage them to do that.”

Another critic of the College Republican’s radicalization is former club president Hayley Hohman, who graduated in May 2016.

She wrote a letter to the editor that ran in The Daily Evergreen in the April 19, 2016 edition. In that letter, she criticized the tactics of the club and the direction of the Republican Party at large, adding that moderates must speak up before the party is taken over by close-minded radicals.

“This new movement in the GOP is not representative of our party,” Hohman said. “And I would go so far as to say they are not Republican at all. Their hateful and incorrect rhetoric is a stain on the general party and represents instead a separate movement built on fear and xenophobia.”

Since that letter, Hohman said her stance on both the club and the national party has not changed.

Hohman said while she was in charge, the club was focused on state legislative efforts, specifically, reducing tuition. From what she’s seen over social media and through concerned messages from friends, those efforts have not continued.
She said the group’s protests and social media stunts have only alienated people, and that Allsup’s personal social media, specifically his Facebook posts, are particularly damaging to the group’s mission.

One post she remembers as particularly offensive: “If women want to be happy, they should spend less time pursuing their masters’ degrees and more time finding husbands.” She said this is an example of what she sees as one of her biggest issues with the current direction of the club.
“I think the purpose of the WSU College Republicans is, as any group, you need to be creating new members,” Hohman said. “If I hadn’t been involved and I was a prospective member and I saw that, I would run in the other direction.”

“It all comes down to the individual values,” Hohman said. “So, if folks really disagree with it, and I think a lot of them do from what I’ve seen, I would really encourage them to get involved and take it in a new direction.”