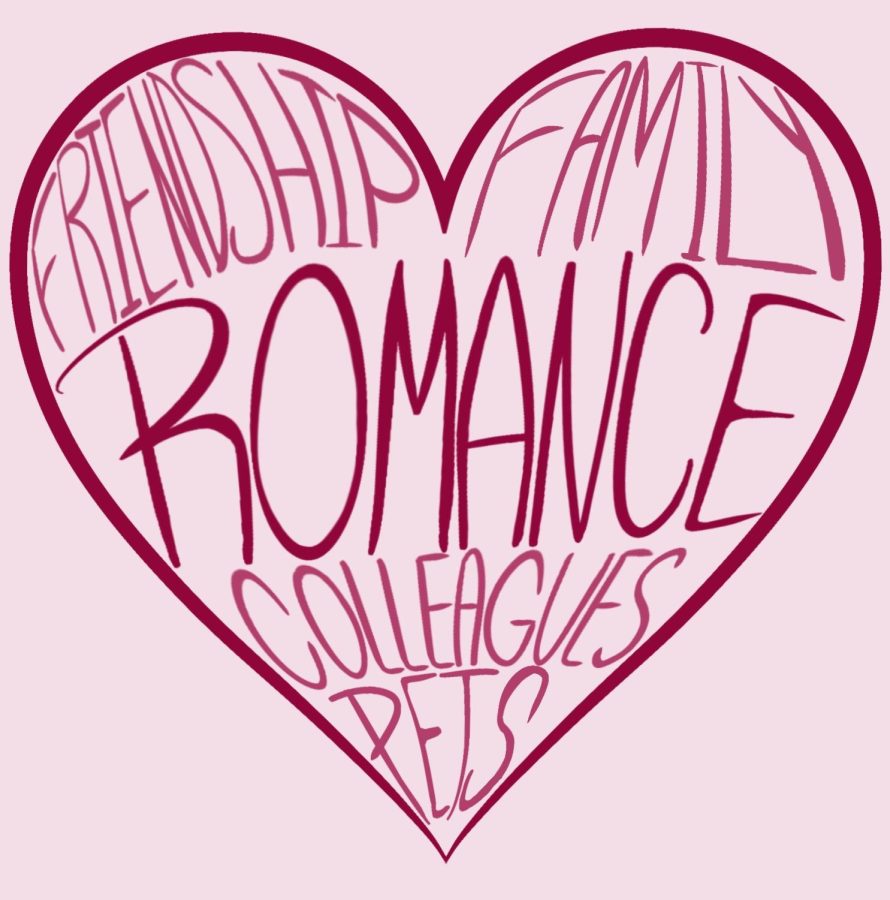 Valentine’s Day is a sad day for many, but it does not have to be. If you have a friend, relative or pet that you love, seize the day to show your affection for them.

Romance and I have never gotten along. As much as I may want it, it always seems to avoid me.

For that reason, Valentine’s Day has always been a sad and depressing holiday rather than the joyous event it advertises itself as.

Though the origins of the holiday are much more complex than simply appreciating love in all of its glory, the 14th century established the idea that Valentine’s Day is about romance because of English and French beliefs that Feb. 14 was the start of mating season for birds, according to history.com.

Since then, Valentine’s Day has traditionally been celebrated as a romantic holiday. Even though friends and family might choose to take part in celebrations with each other, sites like Google dictionary define it solely as a day for romantic lovers, reinforcing the popularized association.

Because of this, Valentine’s Day is sad for a large group of people. Most of us have normalized the idea that you can only celebrate this day with a significant other.

Parker Johnson (she/they), junior genetics and cell biology major, said she thinks the holiday is advertised as a day for romance.

“If you go look at Valentine’s Day cards, the majority of them are intended to be given to a romantic or sexual partner,” Johnson said. “If you think about the other kinds of things that go on sale for the holiday, like flowers, chocolates, lingerie, etc., they’re mostly things with romantic or sexual connotations.”

Although they said they celebrate Valentine’s Day with their partner and did not celebrate prior to being in a relationship, they fully support people celebrating with friends and family.

“It’s a unique way to subvert the romantic and sexual expectations of the holiday and really take the time to let your friends know you love them, which I think we generally don’t do often enough,” she said.

Sophomore undeclared major Joe Mintzer said this is the first year he is doing anything special; he and his boyfriend will be sending each other packages and opening them.

Mintzer said he will not be celebrating with friends or family, but he does not see a reason why others should not do so.

Like Johnson, Mintzer also said Valentine’s Day appeals toward a romantic audience and individuals who are not dating will not get much out of it.

“I think it’s mainly advertised towards couples, although I think they advertise to a broader audience to try and sell more stuff,” he said.

The consumerism of Valentine’s Day is certainly harmful. On top of trying to make as much money as possible, Johnson brought up a good point — most products sold are geared towards lovers.

Even though chocolates, stuffed animals and flowers can be given to anyone, it is usually assumed you will be giving those things to a significant other.

Most of the time, I suggest culture change as a way to improve how we view holidays. However, that is not always a realistic expectation to set.

Many holidays with harmful cultural or commercialized undertones like Christmas and Halloween are likely to remain unchanged for a few decades; Valentine’s Day is no exception to this.

Instead, if you find yourself alone for Valentine’s Day, or if you are partnered but have a lot of love for family and friends, show everyone around you that you love and care about them.

People who conform to the traditions of the holiday are likely to support you, and if they do not, you should not let them pressure you. Your love for others deserves to be celebrated.

After all, love is a very special thing to have. Forget the history of Valentine’s Day — this should be a day for all forms of love.