The fabrics of time 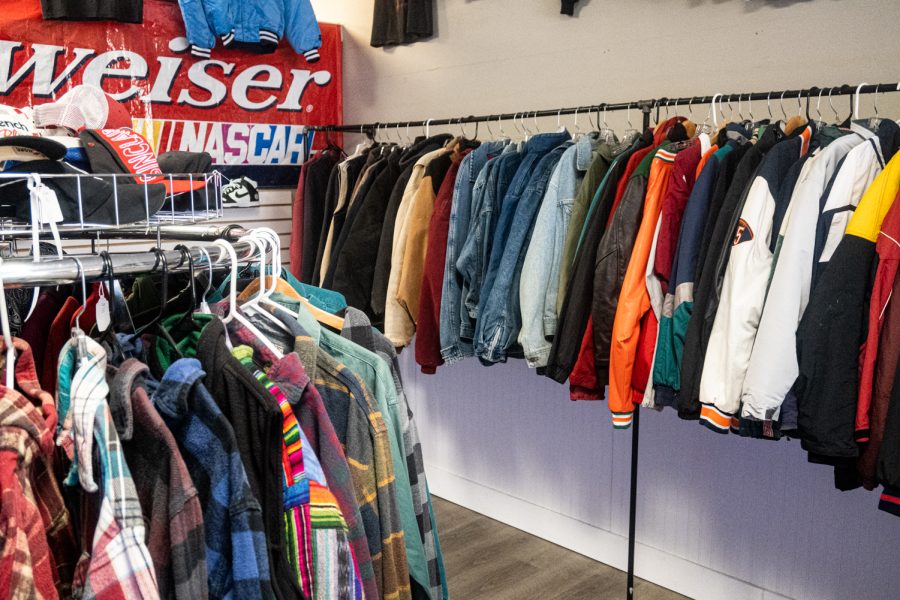 Co-owner Nick Trotta transferred to WSU as a finance major but said he plans to change to Apparel, Merchandising, Design and Textiles, and work more with fashion. He is currently a sophomore and wants to work in the fashion industry.

Trotta, now 20, said he has been into vintage apparel since he was 14 years old.

“I sold online, and it basically got to the point where I had so much stuff. I had thousands of things,” he said. “[So] I went to my family with the idea of opening a store, and they helped me through the whole thing.”

Trotta said Goya Vintage focuses mainly on 90s clothing, but they range from the late 80s to the early 2000s.

They sell a wider range of true vintage online, which is from the 70s and earlier, he said. Since their in-person store is in a college town, they aim to keep a majority of the clothing trendy.

“We have eight or nine different places we get [clothes and sneakers] from just to stay stocked because we sell a decent amount,” he said.

Trotta and his brother also do a lot of the sourcing themselves, he said. They will thrift at the Godwill bins in Spokane and put their finds through a cleaning process.

Since they opened in late fall 2021, Trotta said their best-selling items have been jackets and crewnecks due to the colder weather.

“The hard thing about running a business in a college town is we have to close completely for winters and summers when there is no one here,” he said.

He said that during winter break, he had to ramp up online sales, so they were able to continue paying their lease.

“The thing about vintage is it’s a difficult industry to market in,” Trotta said. “The best marketing you can have is having cool stuff because people will wear it out, and then people be like, ‘oh, where’d you get that?’ And then, you know, it’s very cyclical.”

He also uses Instagram and other social media platforms to market his clothing, but Trotta said most new customers hear about Goya Vintage through word of mouth.

“When we’re here, it’s great and more people are starting to find out about it,” Trotta said.

Prices are determined typically based on rarity, he said. But he tries to keep his prices affordable since the demographic is geared toward college students.

Trotta has enjoyed walking around campus and seeing students wear vintage from the store. He loves getting to talk to people about it, and said he has fun sharing his passion with the community.