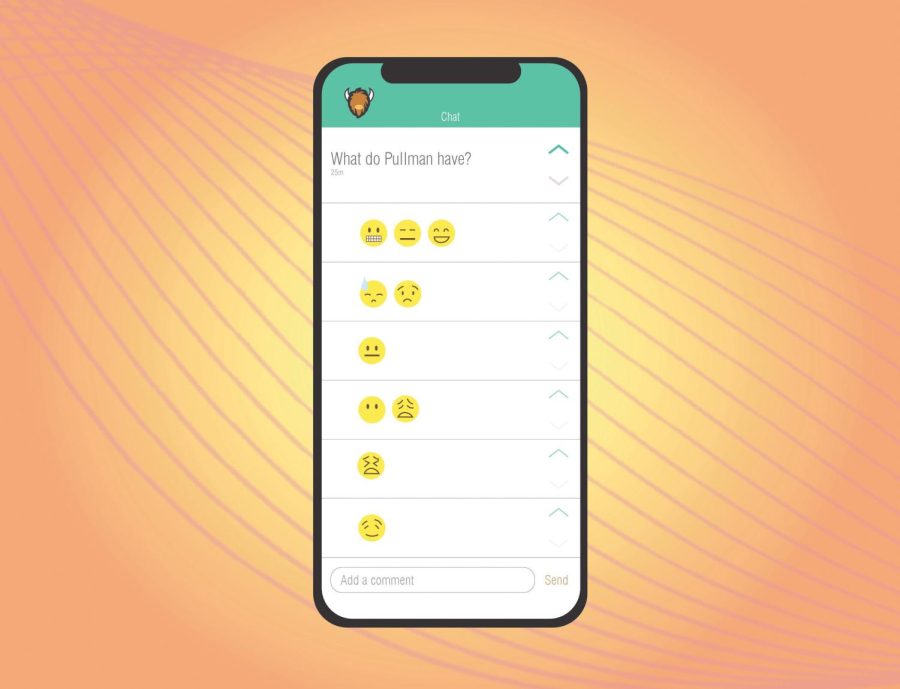 We all experience the feeling of wanting to say something, but not because we are afraid of what people might think.

When social media platforms like Facebook, Instagram and Snapchat made their big breaks, we did not think about how these platforms could store what we say forever. Now, future employers can see that tweet you posted in 2010 and decide not to hire you.

So, the appeal of an app where you can say the most out-of-pocket things and not have your name and face tied to it makes sense.

Yik Yak is an app that was originally launched in 2013 and relaunched in 2021 with the purpose of providing a platform for anonymous discussion threads with people within a 5-mile radius.

Our Coug community has taken hold of this app, and it has been nothing short of entertaining.

Junior history major Kellen Ringus downloaded Yik Yak after a friend told him about all the funny things people post.

Junior psychology major Alyssa Keefe downloaded the app because a friend recommended it to her. It appealed to her out-of-pocket personality.

“When I first downloaded it, it was just a lot of random thoughts people had throughout the day or talking about certain events or classes,” Keefe said.

It acted as a sort of anonymous discord which originally posed no harm, with some dramatic flare thrown in.

“The usual through the week are depression vents, hookup ads or just one liner jokes,” Ringus wrote in an email.

Keefe and I shared the sentiment that Greek row and Greek life in general has taken over the app.

“Now when you go on it, I notice that Greek row will get a hold of it for a few days and all I see are stuff about fraternities and sororities,” Keefe said.

This does not come as much of a surprise to me, as weekends are when Greek row comes to life and the shenanigans begin. For example, when fireworks get set off on Greek row at 3 in the morning, everyone on Yik Yak wants to know who did it.

Despite all the fun, concerns have been voiced by users about how the anonymity of the app is a playground for cyber bullying.

“You can say whatever you want without a filter whereas when you have other social medias where you have your face and your name to it, you’re going to be more hesitant about what you post,” Keefe said.

This is not the first time Yik Yak has been called out for allowing the use of offensive language.

The New York Times writer Valeriya Safronova wrote an article back in 2017 when Yik Yak’s initial popularity was declining.

“Yik Yak’s image problems seemed to stem from its reliance on anonymous posts and the few solutions that were available to curtail racist, sexist, aggressive or threatening language,” Safronova wrote.

Safronova cited several incidents where the app was used to cyberbully, harass and threaten other users. One example was when users posted bomb threats in 2014 for schools in Massachusetts and California that led to both schools being evacuated.

Although Yik Yak relaunched on the premise of a zero-tolerance attitude toward bullying and offensive language, it clearly is not enough to stop those actions. Past incidents warn that extremes such as bomb threats can still occur.

As Ringus noted, the app’s algorithm will take down any posts that include swearing or other negatively charged language. Although this seems to be a step up from the previous version of the app, there are always loopholes to avoid the algorithm.

Unless the app developers decide to de-anonymize the app, there is little that can be done to reduce the amount of hate speech, offensive language and bullying posted on the platform.

A reminder to our student users, however: police and courts can gain access to who posts what if they have reason.

“Don’t post anything that you don’t want to be associated with your name,” Keefe said.

It saddens me to see how our Coug community can be so horrible to one another. There is no reason to behave like this, and I hope that it never comes down to the police getting involved for people to understand the consequences of their actions.

I am sure that all of you would rather be remembered for your academic achievements and your hilarious sense of humor than the horrible words you said on some app.