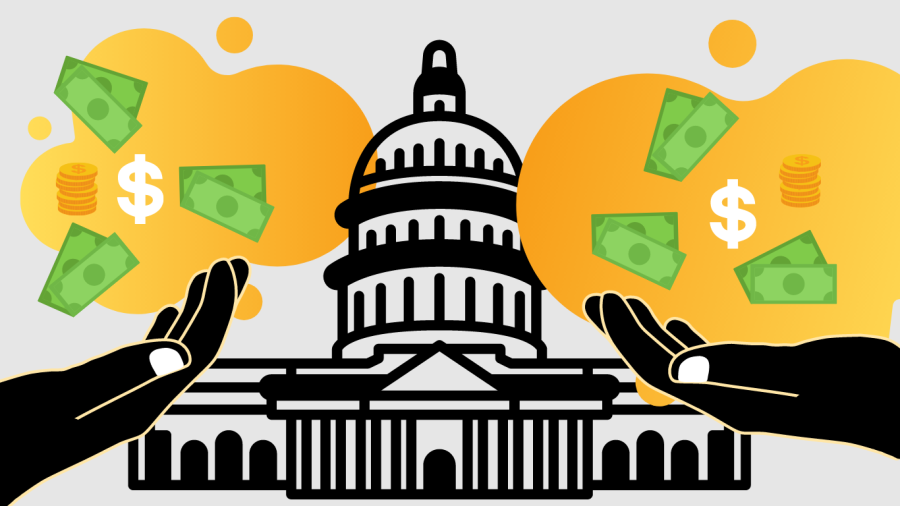 House Bill 1659 is under review by the executive session of the Washington State Senate committee on higher education and workforce development.

Many students across Washington rely on grants to cover the cost of college tuition. House Bill 1659 seeks to increase the amount of these funds available for use.

The Washington College Grant program is the state’s largest financial aid program, which guarantees grant money for students who qualify, according to legislative documents.

“This grant is a reason why I’m going to school — why I’m in these positions of power — because, without it, I technically would not be here,” said Gisselle Salazar, ASWSU director of legislative affairs.

If passed, HB 1659 would make higher education more affordable by increasing income eligibility, as well as awarding larger amounts within the WCG program.

Eligibility for the WCG program is based on an applicant’s median family income and family size, according to the documents. Award amount is based on a household’s MFI as a percentage of the average MFI in Washington.

Currently, those whose income is within 0-55% of the state average MFI qualify for the maximum award; however, with the bill’s expansion, those with income within 0-70% would also receive the maximum reward.

In fact, HB 1659 would increase award amounts for students in every income threshold, so those who have income within 91-100% of state MFI could be eligible for 10% of the maximum award, according to the documents.

WSU currently requires family income to be equal to or less than 60% MFI for students to be eligible, according to WSU financial aid services.

Higher education is expensive for everyone, but especially for a lot of low-income, first-generation students, Salazar said.

WCG offers a variety of coverage. Even students with higher MFIs, like a family of four with an annual income up to $102,000, may be eligible for some money, according to the Washington Student Achievement Council.

HB 1659 would also allow students who are already receiving the maximum amount of funds provided by WCG to additionally apply for the bridge grant, according to the documents. The bridge grant is an annual stipend ranging from $500 to $1000, used to cover expenses other than tuition and fees, from the cost of books to housing and child care.

“I think it’s very important to highlight the hardships that we have, especially as low-income or minority students in a white institution,” Salazar said. “These bills are going to help bring up more students of color and students, in general, to pursue education without having to go into debt.”

Salazar said she does not want to play into the narrative of what a good student should have to be to receive a grant. Students should not have to go above and beyond to receive certain things that are simply given to other individuals who are more privileged, she said.

“At the end of the day, we all deserve it, and we shouldn’t have to go into debt to get educated or to do things we’re passionate about,” Salazar said.

Students who want to apply to the WCG program should first fill out either a state or federal financial aid application. Colleges use these applications to assess student eligibility and distribute awards, according to the Washington Student Achievement Council.

Additional State and Federal grants can be found through WSU.

House Bill 1659 is under review by the executive session of the Washington State Senate committee on higher education and workforce development.