Big plays throughout the night help spark a successful event 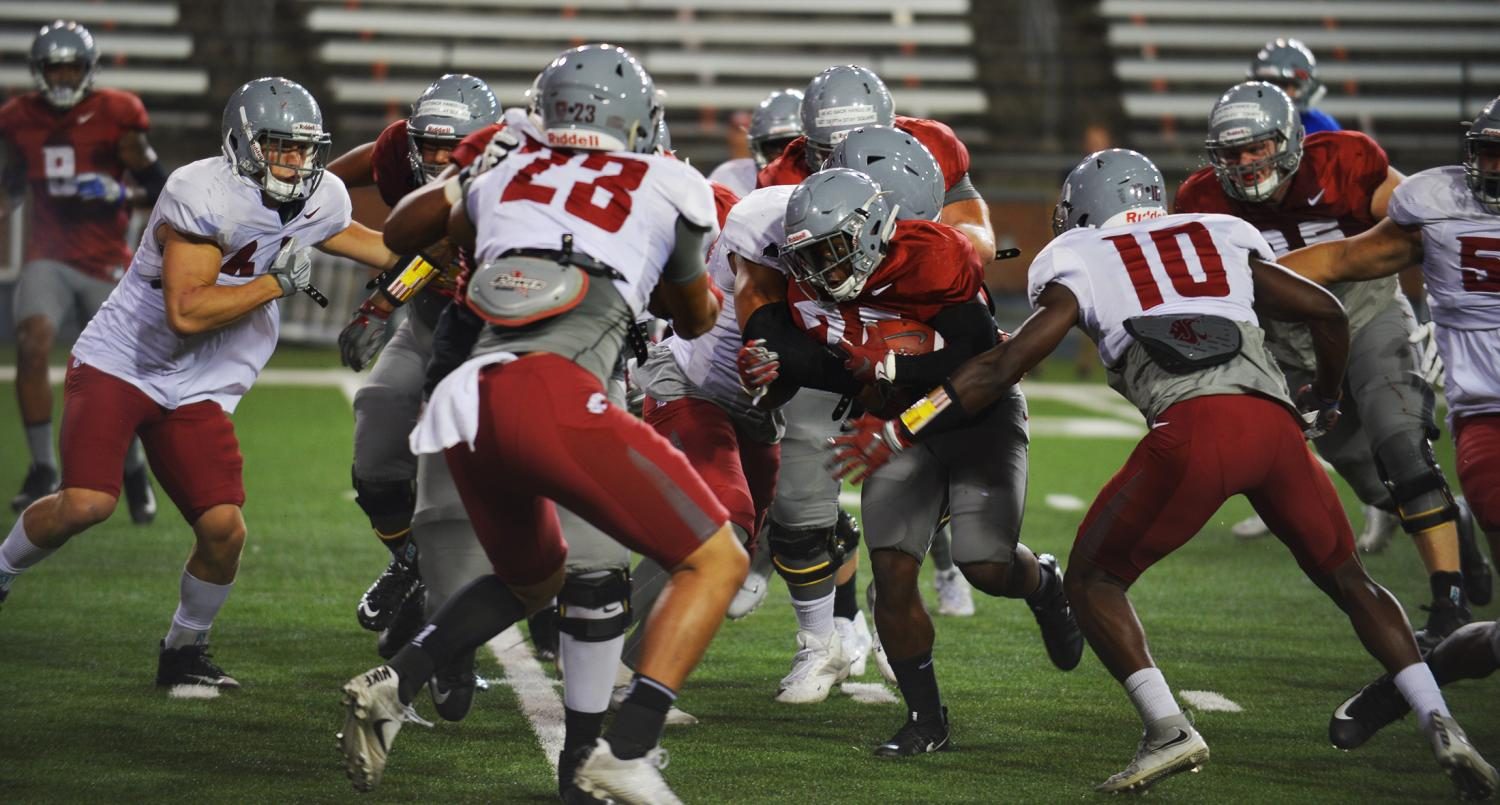 Freshman defensive back Josh Talbott later recorded an interception near the end zone for the second turnover of the contest.

Head Coach Mike Leach recognized his defense in a post-game interview by saying, “they’ve been disruptive all spring.”

On the flip side of the ball, the offense had a rather routine night for their standards.

“He does some good things, he’s been around,” Leach said about Arconado. “We want to get him in there more, too.”

Redshirt sophomore wide receiver Kainoa Wilson held on for a substantial 43-yard score. In total, Wilson had three catches and 61 yards on the night.

Both redshirt senior quarterback Luke Falk and redshirt sophomore quarterback Tyler Hilinski played. Falk finished with a higher completion percentage (12 of 19 for 97 yards and one touchdown). Hilinski threw for more yardage and touchdowns (11 of 22 for 128 yards and three touchdowns).

The ground game also performed well with redshirt sophomore running back James Williams leading the way with 55 total yards and two touchdowns. Redshirt senior running back Gerard Wicks carried the ball into the end zone once.

Offensive players admitted that they needed some work.

“The defense was more hyped than us today,” Williams said. “We got a lot to work on this week.”