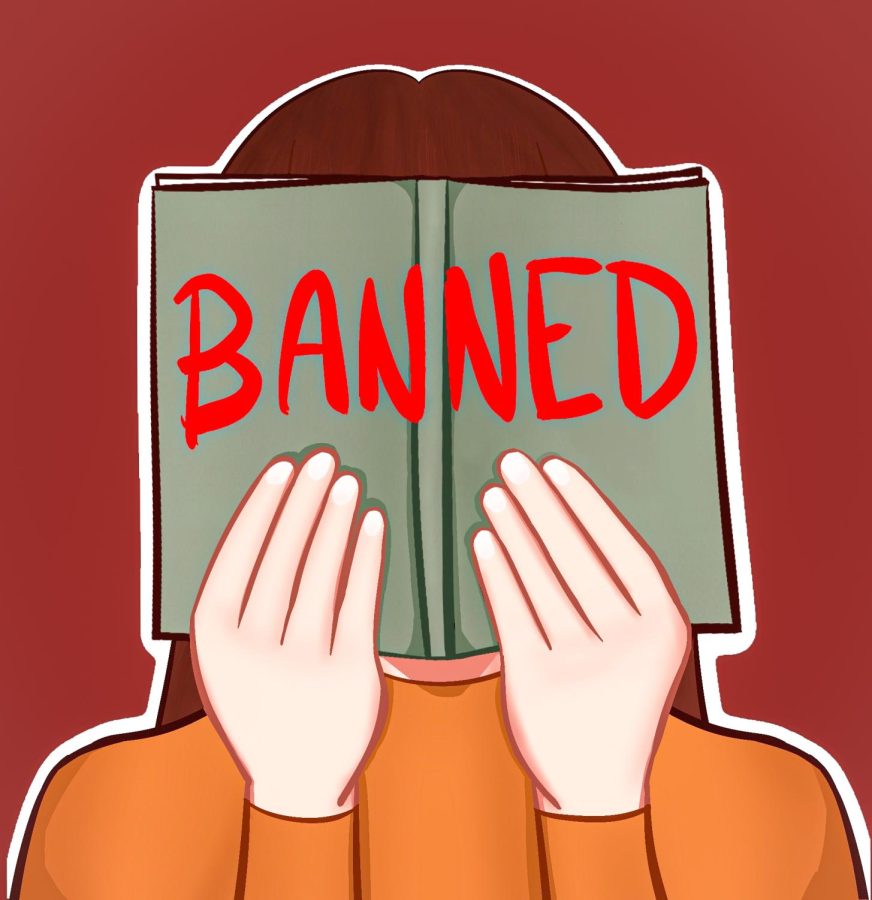 Limiting kids' access to books limits their understanding of the entire world.

Book banning in school classrooms and libraries is not a new occurrence. However, political debates over the subject have become more prevalent as it has increased dramatically in the past year.

In the first four months of the 2021-22 school year, there were 75 attempts from a group of conservative Texas school districts to censor books dealing with sexuality and race, according to NBC.

In one Texas high school, multiple coming-of-age stories such as “All Boys Aren’t Blue” were banned for featuring LGBTQ+ characters and violating “state obscenity laws.”

In addition, books related to historical events are being banned because they are thought to be too upsetting for students.

For example, Art Spiegelman’s Pulitzer Prize-winning graphic novel about the Holocaust, “Maus,” was banned from a Tennessee school district. The novel is about Spiegelman’s relationship with his father, a Holocaust survivor.

Books are often being removed from libraries for a variety of political or religious beliefs. Some parents, teachers and school boards believe that some content is too explicit for children. There has also been a fear that students might feel discomfort around certain topics.

Book banning brings up many concerns involving free speech and censorship. Students should be able to read books freely, even if that might involve a tough conversation about the material.

Allyson Pang, senior multimedia journalism and creative writing double major, is concerned about the censorship of book banning and thinks it could lead to a lack of representation of different races and communities.

Pang said censorship is something that terrifies her as an aspiring writer. She said that kids should be exposed to different perspectives, not just one view.

“When I was growing up … seeing yourself represented in books [was] so important,” Pang said.

Pang said that when she first started writing, she often white-washed her own characters because that is all she was exposed to.

There has also been debate about whether classic novels (that oftentimes have racist ideas or language) should be removed from classroom readings. Pang said she believes there is still an importance to showing those kinds of novels, but having a conversation about it afterward is essential.

“Have students discuss the classic books and also balance it out with another book that has positive representation,” Pang said.

Books are an important part of history, and while there are many painful parts of history, they must be addressed so that new generations have a better understanding of the world.

Stephanie Smolinski, sophomore psychology and criminal justice double major, is against the banning of books and explained that books are a part of history and something we can learn from.

When it comes to classic books, Smolinski said they should not be swept under the rug. Smolinski emphasized that if people recognize and address the problems in the literature, it can be a good learning experience.

It is interesting to me that people often emphasize the importance of free speech until it does not match their own views. Books are not meant to coincide with our confirmation bias – they are an opportunity to expand our minds.

We should not be trying to force ideas onto the next generation. Students should be able to read what they want freely and educate themselves on the world around them.

Classic literature is still important so we can discuss and address the past to have a greater understanding moving forward. It allows one to understand the problems humanity has dealt with for ages.

I would also argue that including more modern books that better represent current issues is also equally, if not more, important.

When it comes to classroom readings, we should prioritize the inclusion of different people and cultures so that students are exposed to different communities, even if that does not include their own.