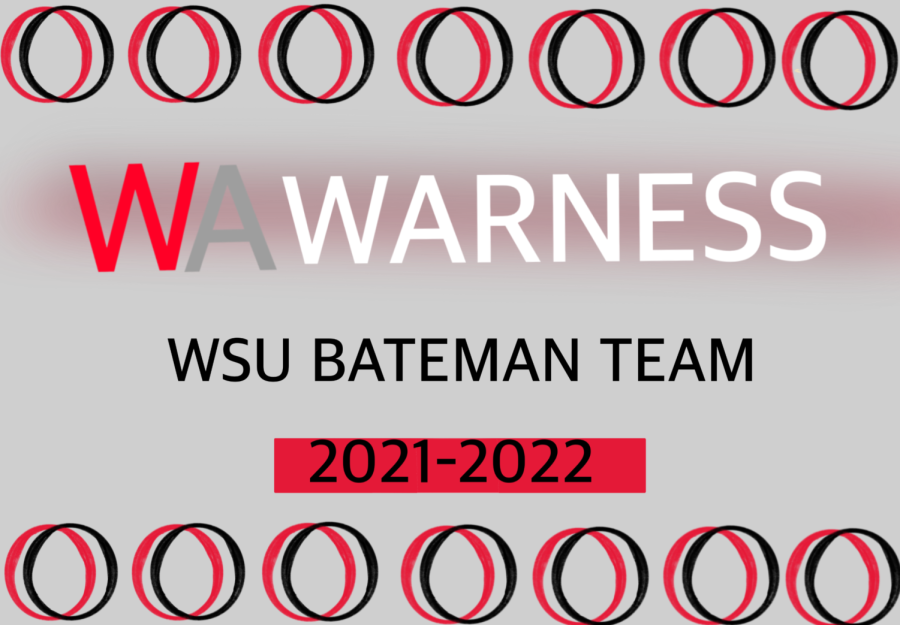 The five members of the team have worked to gather information and create a campaign for lymphoma awareness using all their public relations knowledge.

A team of five public relations students will represent WSU in the 2022 Bateman Case Study Competition and raise awareness for adolescent and young adult lymphoma among WSU students and the community.

The competition allows students across the nation to apply their public relations knowledge to a real-world scenario, in which hundreds of teams develop a campaign for a client over the course of several months. The students are members of the Public Relations Student Society of America, which hosts the competition annually, according to the PRSSA website.

This year, students developed a campaign for the Lymphoma Research Foundation, a nonprofit organization dedicated to funding lymphoma research and raising awareness of its patient services.

Celine Guzman, junior public relations and multimedia journalism double major and graphic designer for the competition, said she was excited to hear that LRF was this year’s client because it provides resources that help patients through cancer.

When she was younger, her father died from liver cancer, and her grandmother was later diagnosed with breast cancer. These experiences made Guzman want to educate students as much as possible on LRF’s resources, she said.

“Cancer’s always kind of been something that means a lot to me even though it’s a tough thing that people go through,” she said. “I’m not super happy that my family’s had to go through that, but I am super grateful that, for whatever reason, things happen the way they happen, and my family as a whole has come out a lot stronger.”

The students began their secondary research immediately after they received the client’s brief and its expectations for the campaign, Guzman said.

Marshall said the team conducted a focus group and survey to determine how many students knew about LRF and its resources. Out of 175 responses, only about 30 students recognized the organization, he said.

For their primary research, Mayer said the team interviewed a former lymphoma patient who told them how the disease impacts peoples’ daily lives.

“Even though this is a competition, at the end of the day, I just want to reach people’s lives, especially patients’ lives, and just make a difference,” he said.

Guzman said the campaign launched on Feb. 7, after the team developed a three-pronged plan for the competition: raising awareness, education and promotion.

In order to raise awareness for LRF and AYA lymphoma, the students gathered followers on their social media platforms and website, providing infographics and statistics from LRF, Marshall said.

The team began the second phase of their campaign by educating WSU students with a trivia night held on Instagram Live. Guzman said 15 participants studied the LRF website before they attended the event to win prizes.

The team is amid scheduling an informative booth from 10 a.m.-1 p.m. on Monday in the Compton Union Building, Guzman said. The team also plans to host a giveaway in the future. Marshall said participants must follow LRF and the team on Instagram in order to win a basket of Starbucks gift cards and goodies.

Mayer said analyzing how best to reach their audience and running a full-scale campaign impacted her both personally and professionally. She felt 10 times smarter just from starting the campaign, she said.

“This is for a real-life client, and it has real-life implications,” Mayer said. “If anything, I just feel so much more confident in myself and my abilities and going out into the real world.”

Throughout its campaign, the team was separated between three WSU campuses and completed all of their work and events virtually. Mayer said she was initially worried about how the arrangement would play out, but she found that reaching different audiences across the state was beneficial.

The team’s public campaign will conclude this week. Afterward, Marshall said the team will compile its data and results into a final PDF, which it will submit to LRF by March 28. The organization will review each campaign and select three finalists to give a final presentation over Zoom.

Marshall said his team wants to be the first to place in the top three of the competition in WSU history. The Bateman Case Study Competition recognized WSU teams with honorable mentions three times in the past four years, according to the PRSSA website.

Mayer said many students may think public relations is superficial, but her team is promoting LRF resources because they actually care about AYA lymphoma patients and the community.

“We’re just hoping that no matter what we do, we will be able to raise awareness to students and get our message out there,” Mayer said. “Whatever comes after — whether it’s an honorable mention, placing or nothing at all — I think as long as we’re proud of our work, which I feel like we are, we should be happy.”