Nouci Ha’s goal is to create safe space for women at WSU, combat violence against women 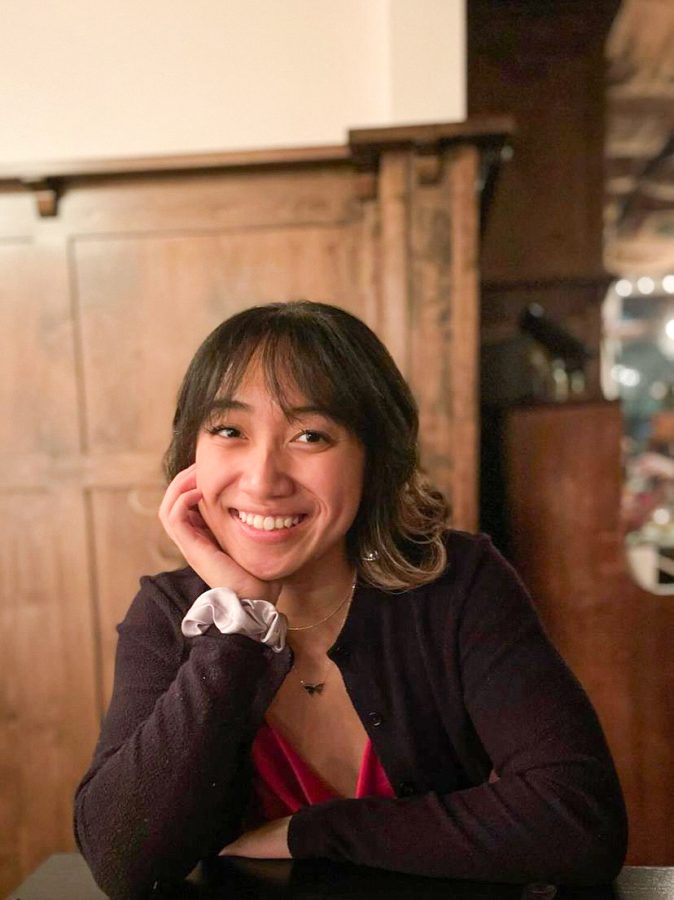 Junior kinesiology major Nouci Ha said her mother, a refugee from Laos during the Vietnam War, inspired her to uplift and empower other women.

Junior kinesiology major Nouci Ha helps women find the confidence to work out at the gym through her University Recreation class and provides support for women through her sorority.

“[The women] in my class kick ass. They come ready to work out,” Ha said. “Women have a safe space in the class. One of our values at the Rec is to be very inclusive.”

Along with working for UREC, Ha is part of Sigma Psi Zeta Sorority, Inc. Ha said the sorority has been active since 2021, so they have not done any activism yet but plan to.

Their philanthropy is combating violence against women. Sigma Psi Zeta is partnered with “It’s On Us,” the White House initiative to end sexual assault on college campuses.

Ha hopes to bring awareness to sexual assault through her involvement as chair of culture/education. Her responsibility is to plan and coordinate their cultural events.

For International Women’s Day, her sorority is celebrating by posting honorable women on their Instagram page and informing their followers why it is important to celebrate women, Ha said.

“I was raised by my mom, a single mother, so that has done a lot for me to want to empower other women,” she said.

Ha said she is inspired by her mother, who was a refugee from Laos during the Vietnam War. Ha believes in helping women find a voice in the world just like how her mother did when she came to this country.

“I applaud my mom so much because she did come here at a young age not knowing the language, not knowing much about American culture, so she did have to start from scratch,” she said.

Ha also had to start a new life when she came to WSU from her hometown of SeaTac. Ha said her hometown was not the richest place, which helped build her character.

When she was a freshman, it was difficult to step outside of her comfort zone and make friends. Ha said it was especially difficult as an Asian American woman to connect with others.

“But I met a girl in one of my classes, her name’s Mardi, and I just asked her if she was involved in anything and she told me about [the multicultural sorority],” Ha said, “And that kind of opened a gateway, it opened that path for me.”

Mardi Kin, junior biochemistry and biophysics major, is part of Sigma Psi Zeta and met Ha their freshman year in a biology class.

“[Nouci’s] really hard working, she goes with the flow. No matter what she does, I know she’s always going to put in the same amount of effort,” Kin said. “She’s a part of our sorority, but she also has a full-time job and is going to school. I really admire that about her.”

As a woman, Ha said she has been looked down on or been doubted many times for her strengths.

“I want to be able to prove them wrong — that I am strong, that I am my own independent woman,” Ha said.

Ha said one of the reasons people doubt her is because she is introverted. There are also times where men have spoken over her and would speak for her, Ha said.