WSU hosts Santa Clara in first round of NIT 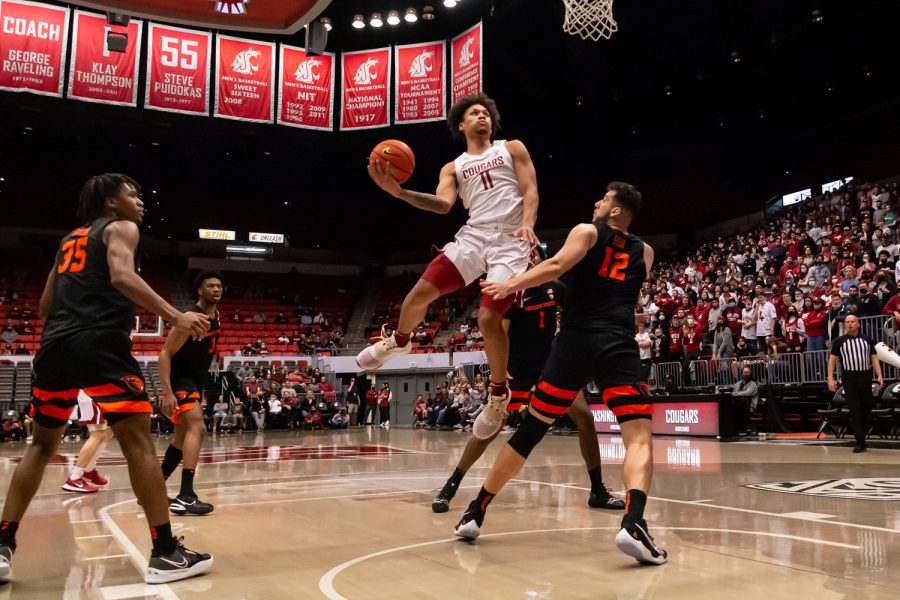 The WSU men’s basketball team (19-14) received a bid to the National Invitation Tournament this weekend and will play Santa Clara in the first round.

The Cougars were recently sent home from the Pac-12 Conference Tournament after going 1-1, beating Cal and losing to UCLA. This performance in the conference tournament, combined with WSU’s failure to capture a win against any notable teams during the regular season, put their postseason invite hopes in jeopardy.

The speculation was put to rest when the final bracket came out around 6 p.m., placing the Cougars as a No. 4 seed.

This will be the Cougars’ first postseason appearance since the 2012 season, when they competed in the College Basketball Invitational and finished as runners-up to Pittsburgh. The last time WSU competed in the NIT was in 2011, when they lost in the semifinals to Wichita State. This will be the first WSU men’s squad to compete in the tournament since Klay Thompson suited up for the Cougars.

This time around, the Cougars face Santa Clara at 6 p.m. Tuesday in Beasley Coliseum.

The Broncos hail from the West Coast Conference, another conference in the college basketball world that, like the Pac-12, is considered very top-heavy with Gonzaga, Saint Mary’s and San Francisco (whom Santa Clara finished ahead of in the WCC).

Santa Clara was able to come out of the regular season with three high-profile wins against TCU, BYU (a two-seed in the NIT and in the same quadrant as the Cougars and Broncos) and Saint Mary’s College. Two of the previously mentioned teams are in the NCAA tournament, and wins against them are proof that team-leader Jalen Williams (18 ppg, 51.8% from the field) can compete with anyone.

WSU has seven wins in 12 appearances in the NIT and five of those wins have come at home in Pullman. The Cougs find themselves playing in Pullman once again; however, many students are away from campus on Spring Break, so the home support may not be as strong.

The NIT will feature 32 teams for the first time in two years due to COVID-19. Each team with the higher seed in its matchup gets to host the opening round.