TV Show Review: “How I Met Your Father” exemplifies lack of originality in TV industry

Disappointing remake of classic 2000s sitcom “How I Met Your Mother” 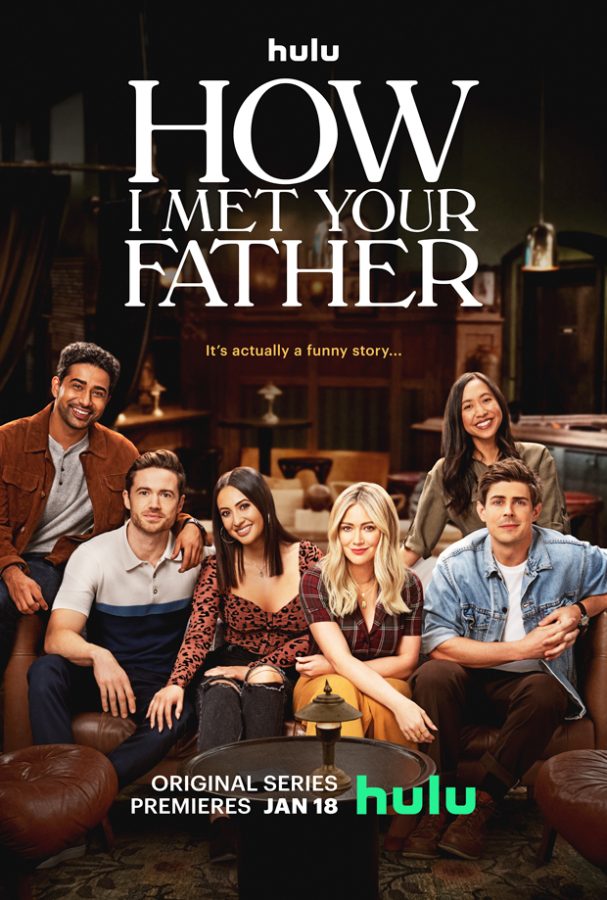 "How I Met Your Father" is only one of many substandard reboots put forth by the television industry in recent years, representing an overall decline in good, original ideas.

I was scrolling on Hulu and saw “How I Met Your Father” pop up on my screen one day. I will admit, my curiosity took over immediately.

HIMYF is based on the show “How I Met Your Mother,” a creative sitcom that focused on the life of an architect named Ted Mosby and his group of friends. In the show, Ted is telling his children children the convoluted and humorous story of how he met their mother.

I have watched the entirety of the original series HIMYM four times, so to say I am a fan may be an understatement. Having held the original show in such high regard, a sequel to my beloved 2000s sitcom seemed unnecessary.

The sequel stars Hilary Duff, who plays Sophie, a hopeless romantic who goes from Tinder date to Tinder date looking for love in the Big Apple. In the show, an older Sophie tells her son the story of how she met her husband in the 2020s.

As a former Disney Channel fan, I was rooting for Hilary in this role. With that being said, not even the best actor could fix a script like this one.

Sophie’s character has severely limited personality traits. In fact, it seems her only trait is wanting to find her “true love,” which comes off as static and superficial.

Overall, HIMYF adopts a similar structure and style as the original, but it feels stale and lacks the sense of humor that made the original series memorable. The “modern” punchlines and joke setups are, simply put, corny and not fresh. The storyline lacks depth, leading to predictable and boring outcomes.

Above all, HIMYM is a story about the importance of friendship. While the sequel also emphasizes friendship, it does so in a way that is overly cheesy and simply unbelievable.

In the pilot, this group of strangers instantaneously becomes friends with a lack of explanation of how they got there. Within the first episode, this new group even starts planning each other’s birthday parties.

One positive to the new show is that the cast and characters are more diverse and inclusive. With that being said, I think the creators thought that gender-flipping the story would somehow make the show different, which is the core of the show’s problems.

Regardless of your gender or sexual orientation, dating is hard, and the first series already covered that idea thoroughly.

Many new shows are reverting to rebooting old ideas because they were fan favorites. We see this in shows like “Gossip Girl,” “Friends,” “Gilmore Girls,” “Sex and the City” and many more. Most would agree that originals are almost always better than the re-makes.

Overall, this is more than a bad show re-make; this is another example of how today’s TV shows lack the originality they once had. What the film industry needs to understand is that using nostalgia only gets a show so far. It is no surprise HIMYF was met with a low 37% rating on Rotten Tomatoes.

HIMYF is more of a simple background sitcom and if you have not watched the original, you might like HIMYF just fine. However, if you are a fan like me, do yourself a favor and give this one a pass.