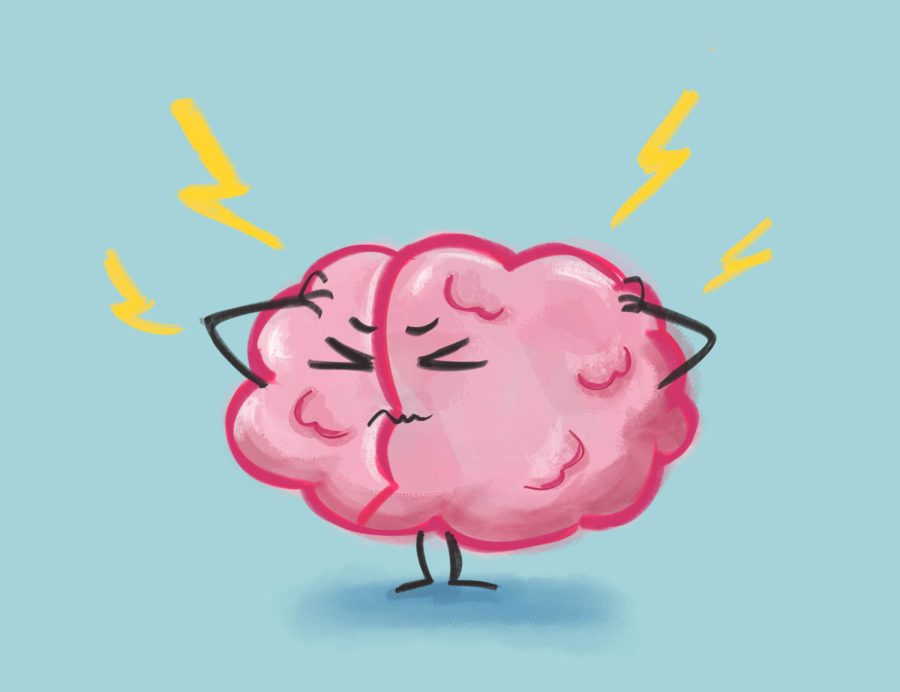 A reward prediction error causes a decrease in dopamine, allowing for people to learn from the event.

WSU researchers are studying how brain activity is altered under conditions of chronic stress.

The lateral habenula (LHb) is a region of the brain that influences the output of dopamine — a brain chemical that influences how humans feel pleasure, said Hayden Wright, graduate student for the Department of Integrative Physiology and Neuroscience.

“[Say] I put money into the vending machine, pressed the button and all of a sudden the chips didn’t come out,” McLaughlin said. “That’s a reward prediction error. Under those consequences, the LHb fires really fast and provides that information to make us change our strategy or shift the way we try and get those rewards.”

The research aims to fill the knowledge gap and understand how endocannabinoids operate in the LHb, which would have implications for stress-related disorders like depression, Wright said.

Endocannabinoids are chemical messengers synthesized by LHb neurons to inhibit incoming information. They also shut down incoming excitatory and inhibitory inputs toward the neurons, Wright said.

When the brain encounters an aversive stimulus, large amounts of information are sent to each region. When LHb neurons receive too much information, they synthesize endocannabinoids to inhibit excitatory and inhibitory signals, Wright said.

McLaughlin and his team hypothesize exposure to chronic stress will cause endocannabinoids to reduce only inhibitory signals. The LHb will also become hyperactive and send more signals to decrease dopamine output.

“Under conditions of chronic stress, this area seems to be hijacked in a sense,” he said. “Individuals that are exposed to chronic stress can interpret neutral signals as bad and bad signals as terrible.”

The research group will perform experiments on rats due to their ability to perform complex tasks. The LHb in rats also functions similarly to humans, McLaughlin said.

“We are looking to see how we can manipulate the endocannabinoid system and lateral habenula to reverse the stress due to changes in cognitive functioning,” Wright said. “We do that by getting rats to do an operant task where they learn to press a lever for trigger rewards.”

The project is divided into three aims. Each aim will focus on recording the activity of LHb neurons in rats, he said.

The first will record the activity of neurons, such as dopamine, in rats, McLaughlin said.

The rats will perform a scenario that requires learning and adapting. The goal is to determine how endocannabinoid manipulations in the LHb affect the dopamine neurons during complex tasks, he said.

“We can look at behavior in terms of their flexibility and their decision making,” McLaughlin said. “We [also] look at their dopamine activity [in] real-time and try to look at associations between firing activity and behavior.”

The second aim will use a slice electrophysiology approach. The rats will be euthanized to take a slice of their brain. Slices are encapsulated and kept alive to stimulate the LHb neurons. The inhibitory or excitatory currents are then recorded, he said.

The third aim will use a viral approach. A protein in LHb neurons is chronically activated by a designer drug. The approach allows the LHb to become hyperactive without exposure to chronic stress, McLaughlin said.

Research on the LHb began in 2015 by McLaughlin and a former graduate student of his. The five-year project was initiated last year and is currently in the beginning stage, McLaughlin said.