Man defies all odds by getting almost every bracket pick wrong; don’t worry, he is not bitter 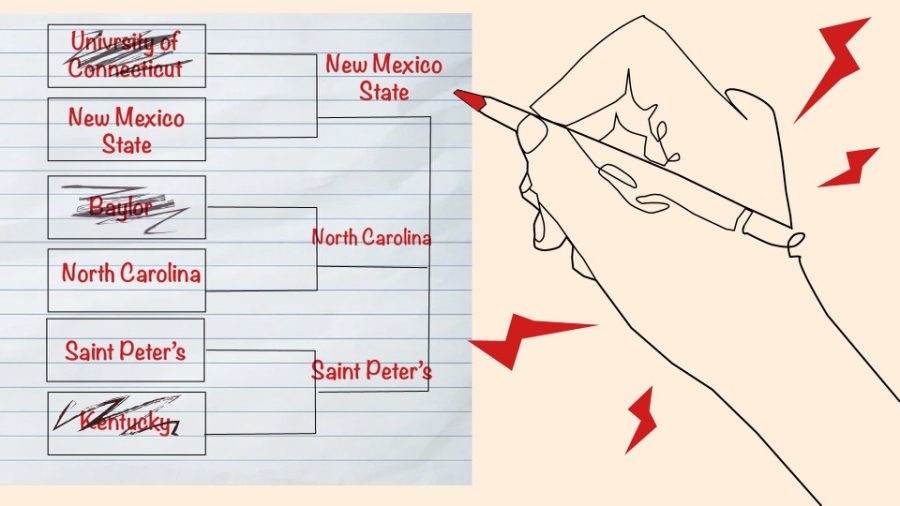 At this point, my bracket is the who-will-not-win prediction.

I have never claimed to be the authority on really anything about college basketball.

Do not get me wrong, I have been to my fair share of Coug basketball games, and every so often I find myself watching the Zags on TV. It is even fair to say that I have a basic understanding of the rules and can yell at the referee with the best of them.

With this experience under my belt, I made my first attempt at making a March Madness bracket. And you can guess my confusion when I realized I guessed nearly every bracket wrong so far!

You may think March Madness would give ample opportunity in the first round of 64 to accidentally stumble onto the right answer. Yet here I sit at the bottom of my bracket pool.

One of my friends who is not participating had the audacity to ask if I still had a perfect bracket.

Maybe I would not be as angry about my current failure if it was not for the other members of the bracket pool.

Currently in first place is one of our family’s cats, Monty.

I was an initial critic of Monty’s strategy of walking over my keyboard to choose his teams, but after he picked the Saint Peter’s – Kentucky upset last Thursday, I became a believer. I may need to try the strategy in other areas of my life, like writing my papers.

Following in a close but believable second is a random zoology major who guessed the password to our private bracket challenge. Apparently, no one informed them that the goal was not to guess which animals would win in a fight.

Although judging by the Richmond Spiders’ victory over Iowa and the two-hour lecture I received about the most venomous spider in the world, I think I get their process.

With all that being said, I would not give Cy the Cardinal, Iowa State’s mascot, the best chances against the Miami Hurricanes.

Now reader, I am not a sore loser. Especially when nearly every person in the world is currently beating my bracket, but it does hurt a little when ESPN decided it was appropriate to put a frowny face next to my bracket score and a private message saying “better luck next year.”

We are not even through the Sweet 16 yet, and it feels like getting back a failed midterm and then the professor canceling the final.

For those of you who are not basketball followers or have no idea what I am talking about, take solace in the fact that you are somehow doing better at March Madness than I am.

Frankly, I am sometimes confused over the hype surrounding March Madness. I like sportsball as much as the next average basket fan, but it feels too much like an exam I did not study for.

If I wanted to get nearly every question wrong on what is a drawn-out multiple-choice test, then I would have taken an organic chemistry or differential equations class.

Give me the power, and I would have brackets for other things, though. If we are still on the topic of sports, I would love one for college football. Maybe call it the National Championship or December Instability! I think it would fit well with the theme of March Madness, and college students could connect better with it.

Really though, sports are old hats. Give me a puppy bowl March Madness. I want to see dogs of all breeds compete in different Olympic-style games, that is something I could predict.

Alas, I do not think that the NCAA will be taking my recommendations seriously. They will continue the social experiment of people you hardly know making fun of you because you picked one dog mascot over the other. Truly, the antithesis of American culture.

But, if anyone needs advice on what teams not to pick next year, let me know. All I ask is a small share of the prize money when you win the perfect bracket challenge.

The looming threat of owing one of our cats enough money to fund his treat and toy addiction is daunting. I suppose it is for a good cause, but it was a little insulting that the group did not even ask who I had winning the game when it is over.

If nothing else, I am somehow beating the person in our group who never filled out their bracket.