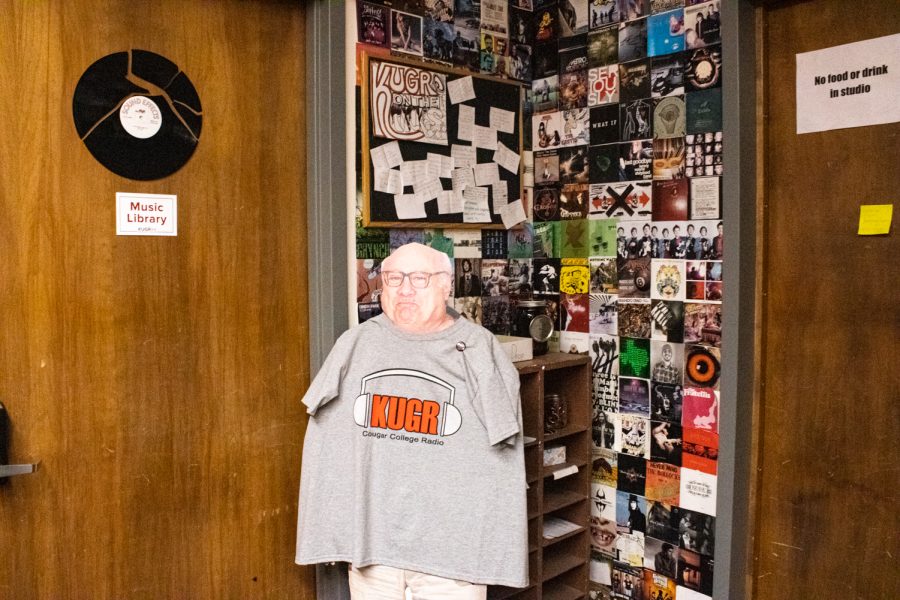 KUGR is one of WSU’s most popular clubs on the Pullman campus. Members of the KUGR sports department have the unique opportunity of gaining professional experience by doing play-by-play and color commentary for WSU sports.

“If you like having access to things that the average fan does not get access to, join us,” said Walker Brooks, KUGR assistant sports director. “I have a lot more friends now because of KUGR. There’s so many people with all the same interests. It’s people who love to talk about sports.”

“It was one of the coolest things I’ve done in a long time,” Brooks said. “We had [head football coach] Jake Dickert on during the WSU vs. Cal game. The following day we got to talk to Yogi Roth and Ashley Adamson of the Pac-12 Network.”

KUGR sent two members to the National Invitational Tournament Final Four at Madison Square Garden this week. Funding for the trip was provided by donors and the William “Bill” Stowell Unrestricted Excellence Endowment for KUGR. KUGR DJs will have 30-second promotions on the KUGR broadcast during commercial breaks to help the club gain more listeners. KUGR did play-by-play for both semifinal games and will call the final later today between Xavier and Texas A&M.

As of now, KUGR sports mainly broadcasts on Facebook Live and their website. Brooks said the club is currently in the process of getting on a couple more streaming apps to grow the sports department.

“We get a decent amount of listeners, but we’d like to get a lot more,” Brooks said.

While gaining experience in college, the KUGR sports department opens doors to other opportunities in the sports world.

“KUGR is one of the main reasons why I got my internship with the [WSU] Athletics Department,” Brooks said.

KUGR is open to all WSU students regardless of their majors and gives creative control to members. For more information, visit KUGR on Twitter and Facebook.