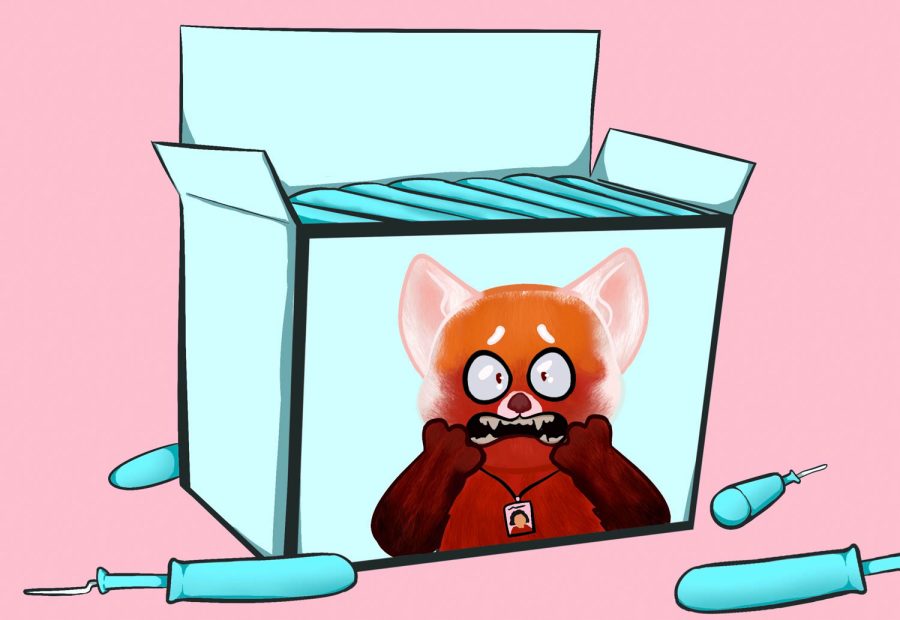 There's nothing gross or inappropriate about periods. "Turning Red" does a beautiful job of helping to normalize something so many people deal with.

When I saw the trailer for the new Pixar movie “Turning Red,” I saw a giant red panda and knew I had to watch it. If you have not seen it, be warned – there will be spoilers.

The movie follows Mei-Mei, a 13-year-old girl who is all about that grind, vibing with her besties and obsessing over the teen heartthrob boy band 4-Town.

But she wakes up one morning finding herself the victim of the curse of the red panda, which means she turns into a red panda whenever she gets too emotional.

Honestly, I would not mind being a giant fluffy animal, but I suppose at 13 that can be an inconvenience. So, throughout the movie, she must live with this curse until the right time when the curse can be lifted.

At the end of the movie, she realizes that her inner red panda is not a curse and decides to embrace it – a predictable, but nonetheless iconic, ending in my opinion.

I thought it was a good movie. However, not everyone felt the same way. Kacey Gavin, sophomore mechanical engineering major, was not a fan of the movie.

“When they were catcalling the boys on the court kinda rubbed me the wrong way,” she wrote.

It was uncomfortable to see the girls catcalling boys. Girls do not enjoy being catcalled, and neither do boys. I think it was put in the movie to see the extent of boy-craziness, but the creators took it a bit too far with that scene.

This was the only real problem Gavin and I had with the movie.

Aside from that, the movie is centered around girls who are going through puberty. As cringy as it was, all of the emotions – including boy-craziness – were relatable.

A lot of the critics of this movie were parents, saying this movie was too inappropriate for kids, and many took to Facebook.

“Really making us realize how much we are fighting media, news, social media even the education systems in public schools and the agendas they are forcing onto our kids,” one mother wrote on Facebook.

This mother was referring to menstruation and disobeying your parents. She had a problem with her 7- and 8-year-old sons being exposed to periods at such a young age.

“If talk of women’s menstrual cycles makes you uncomfortable, sorry dude, it’s part of life, without it, we wouldn’t be here,” another mother wrote.

I personally do not get why people are still so uncomfortable talking about periods. It is 2022! Get over yourself! We all came out of a vagina (unless you were born via cesarean section).

A Pixar movie referencing periods is a good thing. It means we as a society are breaking the stigma around periods.

When it comes to the first mother’s issue with disobeying parents, just wait until your kids become teenagers, honey. Rebellion is a big part of teenage life.

As Gavin mentioned, this movie is not targeted to 5- and 6-year-olds or 20-something college students. It is targeted at the people who would relate to it the most – kids going through puberty.

So, if it was not your vibe, then it is probably because it was not made for you. Not everything is about you! But it was still a great movie.

Focusing on a girl going through puberty, crushing on boys and being scared to disappoint her parents would have been a great movie for me to watch when I was 13. It probably would have given me, and girls like me, more confidence and more support.