Leftists only support transgender rights when it supports their narrative 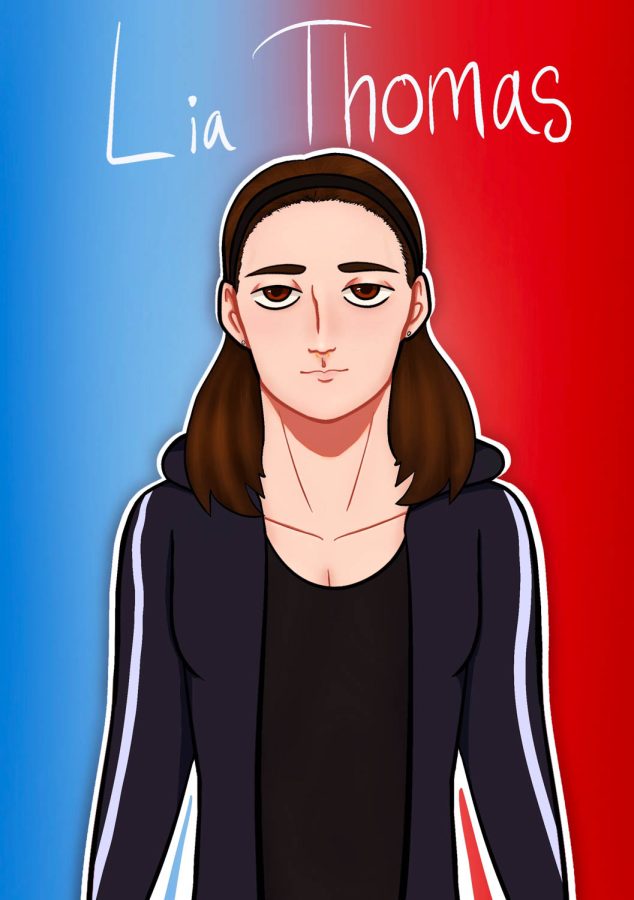 Thomas began questioning her gender identity as she neared the end of her high school career. After her first year at the University of Pennsylvania, she came out to her family as transgender.

Once again, the Left demonstrates its hypocrisy when it comes to the rights of marginalized communities.

In the latest example, Lia Thomas, swimmer and student at the University of Pennsylvania, sparked discussion when she became the first openly transgender athlete to win an NCAA Division I national championship, finishing first in the women’s 500-yard freestyle. Instead of celebrating her victory, though, Thomas is fending off public scrutiny.

“It is unfair for transwomen to compete with [biologically] born women,” said Bogdan Shmat, junior software engineering major. “Thomas was ranked No. 462 as a male. That says enough.”

Likewise, an unnamed UPenn swimmer said she is typically liberal but believes this whole situation is past that, according to the Washington Examiner. She said that every administrator who allowed Thomas to swim does not care about women.

“I was historically liberal. I would say I’m politically homeless now because I don’t think the Democrats care about women and girls,” a self-declared feminist told Fox News in Atlanta, Ga.

Twitter users have especially taken it upon themselves to comment about the situation. And unfortunately, the myriad of tweets from both political parties – although especially Republicans – are rather heinous and disgusting, so I will not promote their words by including them in this column.

Nonetheless, the point still stands: the Left only supports transgender rights to a certain extent – when it is convenient and does not affect them.

They are more than willing to champion their right to gender identity and sex reassignment surgery because it supports their narrative of inclusivity. But when transgender rights start to infringe on their lives, the Left instantly withdraws their endorsement.

“At the most, [the Left’s support] is just lip service,” said Paul Medrud, junior Digital Technology and Culture and communications double major. “Being transgender is more than just the mental and emotional [aspects], it is also physical [aspects like] changes from hormonal replacement therapy.”

Many other people and I expected this type of reaction from the Right, but I am incredibly disappointed to see it from the Left as well.

“Democrats stand with the LGBTQ community’s fight for equality. We are committed to ending anti-LGBTQ violence, bullying, and discrimination, and to ensure that LGBTQ Americans are treated with dignity and respect in their communities, their workplaces, and their schools,” wrote the Democratic Party on the Diversity section of their website.

And yet, here I am writing this column.

The discussion surrounding transgender people in athletics is nothing new. For example, during the 1970s, tennis player Renée Richards generated much controversy when she refused to take the Barr body test to verify her sex and was therefore not eligible to compete at the U.S. Open, the Champions of Wimbledon or the Italian Open.

Richards subsequently sued the United States Tennis Association – which ran the U.S. Open – alleging that discrimination by gender violates the New York Human Rights Law. In Richards v. USTA (1977), Judge Alfred M. Ascione ruled that requiring Richards to pass the Barr body test was “grossly unfair, discriminatory and inequitable, and a violation of her rights” as a female.

Despite this case, the Left continues to adhere to a path of hypocrisy when it comes to rights for transgender people.

The topic of transgender people in athletics deserves an academic discussion, considering all of the mass media coverage surrounding Thomas. But the transphobia and slander should take their leave because they serve no one.

“All of the edited photos to show her excluded and isolated makes me sick,” said Ash Croxton (they/he), sophomore fine arts major. “It is terrible to read how she is being misgendered and invalidated.”

If our society wants to find the solution to this controversy, we need to stop throwing rocks at each other and actually listen to one another. If we continue to see issues from only our own perspectives, we will never reach our ultimate goal of inclusivity.

We should not treat inclusivity as a Smörgåsbord. Society cannot just pick and choose which aspects they support when and where it is applicable and convenient. We need to be respectful of everyone impacted by this controversy and defend equal rights for everyone all the time – not just some of the time.

I want to note that the purpose of this column is not to offer solutions. In all honesty, I do not know the best solution, and I am definitely not qualified to give one. Instead, I just want to highlight the duality in political party ideologies.

“Society needs to change their ways,” Croxton said. “This is what’s happening.”

I could not agree more.