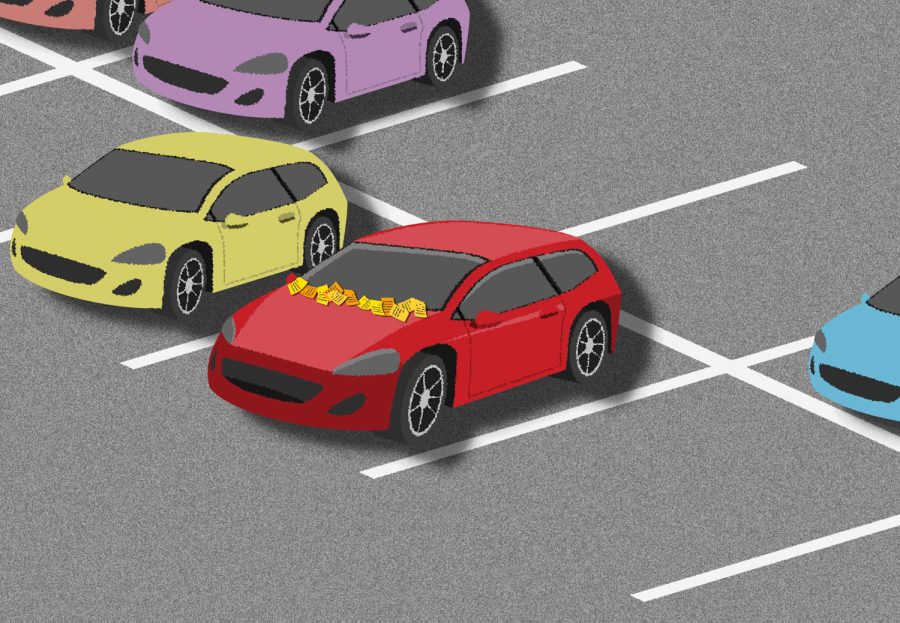 At this point, I’ll just take the parking tickets.

WSU’s Transportation Services recently indicated they were celebrating its 100th anniversary by announcing another rise in parking costs.

While an exact price has not been confirmed by officials, two options seem to be in the works. The office may peg the cost of a parking pass to the rising cost of tuition, currently sitting at just over $10,000. In order to raise extra funds, if this proposal goes through, they would also charge out-of-state students the increased price similar to tuition.

This process would be easy – just take the amount you are paying for tuition and double it!

The second option transportation is considering is simply asking for customers’ banking information. That way, the office can charge what they feel like and we do not even need to worry about going through the payment process.

As is the tradition at this point, the department has asked the community for feedback on which change they should implement.

They may have gotten a few more comments if they had not labeled their office’s trash can “Feedback and Complaints,” though it could just be people could not find a parking space close enough to make the trip.

There have been some grumblings about the rise in price, but let us not forget that Transportation Services is an independent department.

That being said, even I was a bit concerned when the office released their financial support showing most of their funds went into a few bank accounts off the Cayman Islands.

In a review of the comments Transportation has received, there have been a few strong trends.

Some are asking for an end to the color-specific parking and the simplification of a campus-wide parking pass. Others have asked for more parking spaces or a reduction in single-day parking fees.

Any commentators who have asked for a general price decrease across the board have been put on academic probation for unpaid parking tickets.

The department’s response reflects a mindset like a 13-year-old boy might after being rejected at a middle school dance by their crush – stable and totally reasonable.

“We were discouraged by the response to the survey,” Director of Parking Ticket Retaliation Karson Parke said. “The feeling around the office was so glum that we had to go out as a group and ticket as many cars as we could just to feel better.”

I certainly understand the reaction, though I was a little confused about how my car got a parking violation despite being in a mechanics shop in Moscow.

As of now, all parking passes will tie the user’s car to one specific parking space. Simulations have been run to make the one space as far away from the user’s dorms and classes as possible.

To increase efficiency and help raise money, the same space has been sold to multiple people, helping to teach WSU students that sharing is caring.

Faculty, administration and other employees have issued complaints to the Transportation Services department about the rising costs of parking to get to their jobs. Any free parking vouchers have been revoked and faculty lots have been moved to Colfax.

“Oh, the employees of the university? We are just trying to encourage them to walk to their jobs,” Parke said. “Not really our problem though, we aren’t funded by the university in the same way as other departments.”

I, for one, am ready to embrace our new parking overlords.

When Transporation Services decides to bulldoze the dorms to turn them into more parking lots, I will be the first to voice my support for their actions. Everything they have done thus far is totally taking into consideration events happening around them!

Everyone has had a hard past couple of years, but have they stopped and asked themselves how it has affected their local transportation department? People should be a little bit more considerate before cussing out another parking ticket.

Anyone complaining that we are being exploited by parking is wrong. Why would a department specifically target a population with historically little money and bad fiscal literacy?

Exploitation is too broad a word anyway. As one commenter recently put it, the term hostage may be a bit more appropriate.