The show goes on

WSU School of Music presents "The Pirates of Penzance," first show since start of pandemic 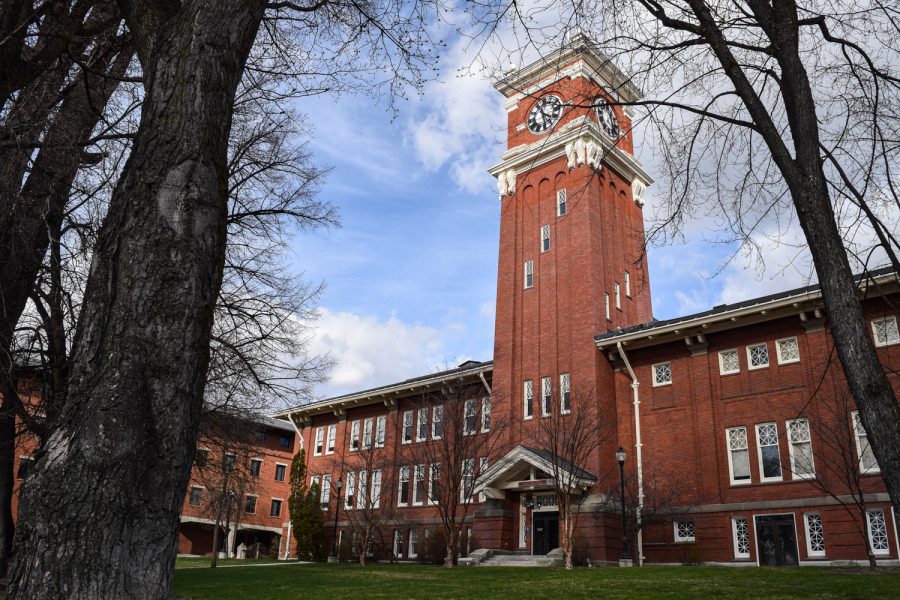 The WSU School of Music will perform "The Pirates of Penzance” at Bryan Hall Theatre this Friday and Saturday.

The WSU School of Music is performing “The Pirates of Penzance” on-campus for Family Weekend.

After two years of being unable to perform onstage, the WSU School of Music finally returns to the theater this weekend for their latest production, “The Pirates of Penzance.” Presented by the WSU Opera Program and accompanied by the WSU Symphony Orchestra, the opera will be at Bryan Hall Theatre on Friday at 2:30 p.m., with a matinee on Saturday at 2:00 p.m.

Ordinarily, the WSU School of Music puts on three productions per year, alternating between musicals and operas. In 2020, their last show “The Secret Garden” was canceled three days before rehearsals were supposed to begin due to the pandemic. At cancellation, the musical’s sets and costumes had already been finished.

But now, the WSU School of Music is performing once again.

“There’s been a fear of singing because of the pandemic,” Julie Anne Wieck, associate professor and director of “Pirates of Penzance” said. “After COVID-19 and everyone being afraid to sing, I’m really happy with their progress and how they’ve grown. This cast has been fabulous to work with.”

The opera’s cast of 19 WSU students will be led by graduate students Kayla Ray as Mabel and Bryce Weber as the Modern Major-General, alongside senior Connor McEvoy as the Pirate King and freshman Rowan Dunn as Ruth. They will also be joined by WSU alumnus Nathan Straub as Frederick. Another 21 WSU students are part of the orchestra.

The story of “The Pirates of Penzance” begins with Frederick, a young man who has just turned 21 and has therefore been freed from his apprenticeship to a band of pirates. Upon landing, he meets Mabel, and the two fall in love. Thus, conflict ensues between the pirates and Mabel’s father, known as the Modern Major-General. “The Pirates of Penzance” also has another title: “The Slave of Duty.”

“It’s a comic operetta and a love story,” Wieck said. “It’s silliness. It will get people to laugh again.”

In the days leading up to Family Weekend, the cast, crew and orchestra have come together to rehearse before Friday’s show.

“What we’ve been doing is learning about each other,” Danh Pham, conductor of the WSU Symphony Orchestra, said. “Getting over the shock and awe of not knowing each other is a learning curve; we learn each other’s tendencies and get better and better. We fail our way to success.”

During rehearsal, the orchestra collaborates with actors, musicians, singers and specialists alike. Pham works with them every week, but the orchestra usually rehearses alone. With “The Pirates of Penzance,” the cast, crew and orchestra only had three rehearsals together to perfect the show.

“This would be a spectacular weekend even without having navigated what we’ve navigated through,” Pham said. “This production would’ve been hard under normal circumstances, and it was impossible under our circumstances. This year, it’s unbelievable what these students are doing,” Pham went on to say, “Julie and the kids have done phenomenally well.”

“People should expect to come relax and have a laugh,” Wieck said. “And people should come to support live theater again.”