Decision made to increase inclusivity 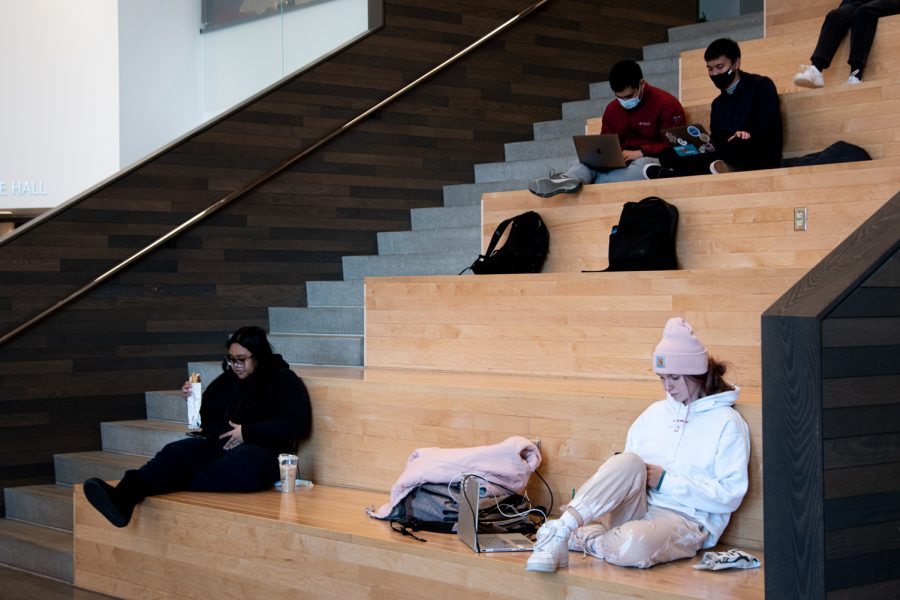 Students studying in the Spark, Feb. 22.

Next fall, students coming to WSU for the first time will be referred to as “first-year students” and not “freshmen.”

Bill Davis, interim vice provost for academic engagement and student achievement, said the process of changing the terminology began with conversations at the President’s Commission on Gender Identity/Expression and Sexual Orientation.

“There was a bill called Senate bill 5077 that passed in the state of Washington in 2013 that removed a set of gender terms from common usage in the state,” Davis said.

Davis said that after changing the terminology, WSU is now aligned with the rest of the state. Changes were also made to the WSU Catalog and the Academic Regulations.

Ellen Taylor, interim vice president and vice chancellor for Student Affairs, said she was surprised the term “freshmen” was still in common use at universities in the state when she moved here in 2007.

Taylor said she has been in formal conversations about changing the terminology since she was hired in 2018.

The primary purpose of changing the terminology is to be more inclusive by including gender-neutral language, she said.

“While the idea is that mankind is supposed to include everyone, it doesn’t always feel that way,” Taylor said. “Everyone is a first-year student regardless of how they identify in terms of gender.”

WSU is not the first university to implement such a change. Davis said Yale University moved in a similar direction in 2017, and Penn State followed suit in 2021.

Kayden Younker, freshman kinesiology major, said she has not heard of this change happening, but thinks it is appropriate for modern-day language.

“I feel like the change of terminology will not be hard,” she said. ‘Once people begin saying “first- year,’ everyone will just start saying it, and it will become the normal term people use.”