Board of Regents will vote on 2.5% proposed increase at next meeting; inflation, wages dictate tuition rates 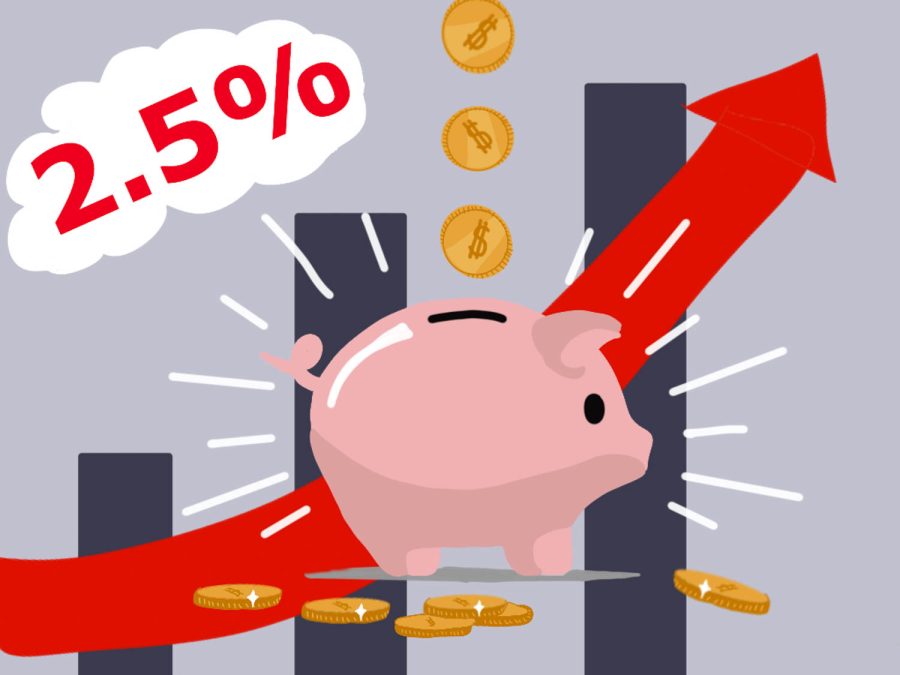 Inflation and decreased enrollment rates, both of which are connected to the pandemic, influenced WSU’s proposal to increase tuition rates by 2.5%.

WSU leadership will bring the tuition rate recommendation to the Board of Regents for consideration and adoption at the next meeting, Kelley Westhoff, executive director for Budget, Planning, and Analysis, wrote in an email.

There are a few factors that determine changes in tuition rates, Westhoff wrote. One is WSU’s projected enrollment for the upcoming school year because enrollment impacts tuition revenue. The university considers increases in costs as well. Before adopting tuition rates, the Board of Regents considers student feedback.

WSU has to follow guidelines put in place by a Washington law limiting how much state colleges can increase undergraduate tuition for Washington residents. This law ties tuition rate increases to inflation and wages within the state of Washington.

WSU has previously increased tuition during economic downturns, Westhoff wrote. After the Great Recession began in 2007, the university increased rates as much as 14-16% per year.

This time period drastically changed the composition of college funding, she wrote. The recession caused funding for higher education to drop dramatically, and many colleges like WSU had to increase tuition to compensate.

Over time, this has evened out, so tuition and appropriations both contribute about the same amount of funding. Tuition still accounts for a large portion of the university’s operating budget, meaning tuition increases have more of an impact on overall revenue, she wrote.

After the recession, Washington halted increases and reductions in tuition rates for four years. Now, tuition rate increases are adjusted automatically with inflation.

High inflation means prices are rising for nearly everything the university requires to function. Each year, maintaining the same level of services costs more because of inflation, Westhoff wrote.

Additionally, WSU is not provided with state appropriations to offset rising costs caused by inflation. Instead, tuition rate increases can help offset these costs, she wrote.

“When enrollment drops, tuition revenue decreases, and tuition rate increases do not necessarily make up the difference,” Westhoff wrote. “When the university has less overall funds to operate, and costs are rising, budget cuts are necessary.”

WSU expects these declines to continue for the third year in a row, Westhoff wrote.

Within the university, unit leaders decide where to allocate their funds. When the pool of funds available shrinks, WSU is forced to cut budgets, Westhoff wrote. Recent cuts included 10% in fiscal year 2021 and 7.5% in fiscal year 2022.

WSU plans to continue budget reductions into fiscal year 2023 to help offset the decline in tuition revenue, she wrote.

Westhoff wrote that WSU consistently spends about 85% of its tuition and state appropriations on salaries and benefits for WSU faculty, staff and students.

“Tuition increases are considered within the context of keeping pace with rising costs while also keeping tuition rates as low as possible for students and families,” Westhoff wrote. “A modest inflationary increase as allowed by the state will help stabilize the operating budget as we work to increase total enrollments over the coming years.”

In light of recent tuition increases, the Washington State Legislature expanded the Washington College Grant program, according to a Daily Evergreen article.

This could increase awards by up to $400 for eligible students who receive the Pell Grant next year, Westhoff wrote.

More information about WSU’s tuition can be found on the Budget Office website.