OPINION: ASWSU must be held accountable 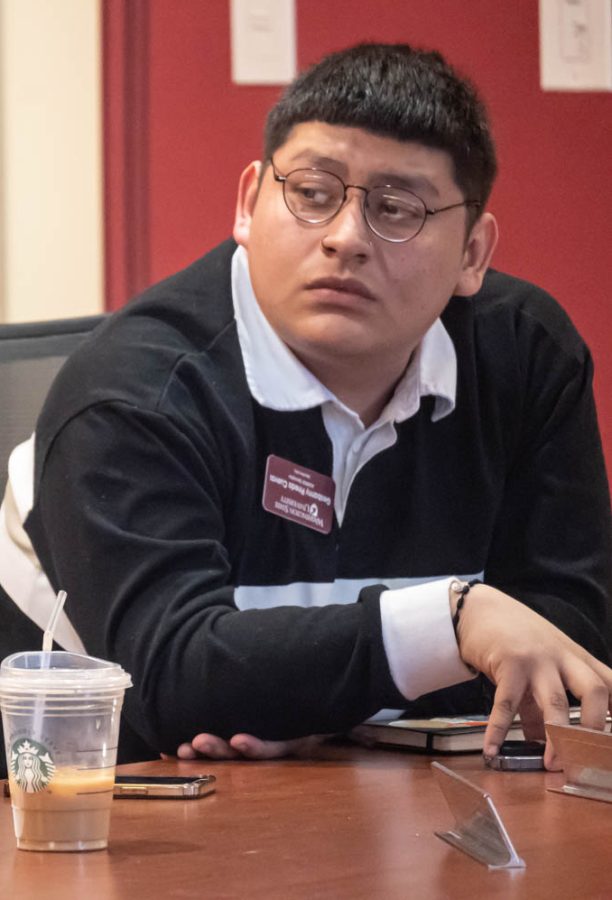 Editor’s note: ASWSU Sen. Jilian Hutchinson appeared in the original featured image for this column despite not being mentioned in the column. Hucthinson’s image has since been removed and she is not associated with this column.

In a recent ASWSU Senate meeting, a large part of the discussion regarded allegedly-homophobic remarks made by a member of the student government.

There were a variety of different stances made during the meeting.

Uncertified Sen. Geobanny Pineda Cuevas said not enough has been done to investigate these allegations, and is prepared to go to the judicial board to ensure justice is met. Meanwhile, Fatimah Albaqshi, ASWSU director of community affairs, said she does not believe the maker of the supposed comment is homophobic, according to a Daily Evergreen article.

While the student body has not been informed who made the comment, what it was or the context surrounding it, the public discourse from the Senate shows the serious nature of the discussion.

As a queer person, the handling of this matter is appalling.

The first time these comments were addressed in front of the public was when all-campus Sen. Nikolai Sublett directly addressed them at a meeting back in March, according to a Daily Evergreen article.

This was over a month ago, and there is still discussion over what action to take. Why?

Whether or not the person who made the comment is homophobic should not be a point of discussion in this issue. As college students, we are all old enough to understand what is and is not appropriate behavior.

People have made homophobic comments toward me before, and not a single one has been by accident. Nobody is accidentally bigoted.

Even if the alleged comment was intended to be a joke or unintentionally harmful remark, I expect people in professional settings to be cautious with their words. When you are representing a diverse student population, there is no such thing as being too delicate when you are discussing diverse groups.

“I think this school has a difficult time with diversity in gender expression, race and even sexual orientation,” said Shelbie Walker, junior environmental science major. “The school has a lot of work to do.”

One of the things ASWSU started doing to take steps toward preventing these comments is attending diversity workshops.

This is nice and all, but it feels like a slap in the face. Why were these workshops not held much earlier? Why are they the result of an insensitive comment and not the prevention of them?

More importantly, why does it take a workshop to understand how to respect others?

I am uncertain if we are ever going to know the full story behind this situation, but I believe it should be addressed. ASWSU and its officials represent Cougs and all they stand for. It is their civic duty to own up to making mistakes.

However, I do not think just anyone in ASWSU should address this – I think the individual responsible needs to apologize. Not only to the people affected by the situation or the entire student body for grossly misrepresenting us, but to the WSU LGBTQ+ community for disrespecting our presence on campus.

Walker said she believes that anyone who makes these comments should not hold a place of authority, especially at WSU.

Mariah Davile, sophomore human development major, said the student body has the right to transparency with this situation.

At the last Senate meeting, Pro Tempore Katie Carstens said she would like the Senate to come together to release a public statement giving their stance on this issue.

I cannot speak for everyone, particularly in the queer community, and say whether this is good enough.

But speaking for myself, I strongly urge this individual to come forward. It is the humble thing to do at this point.

Nobody, regardless of their race, culture, gender or sexual preference, likes or deserves to have their identity being insulted. Our identity is who we are, and it connects us to our values, our community and our way of life.

Just knowing there is an allegation that a student officer made a potentially homophobic remark does not make me feel respected for who I am.

ASWSU needs to be held accountable for their actions. If a situation like this ever happens again, hopefully it does not take a month for the situation to be resolved.