Services and Activities Fee Committee votes to increase fee to $559

Nineteen groups requested funding; those requesting an increase were cut 4.4% 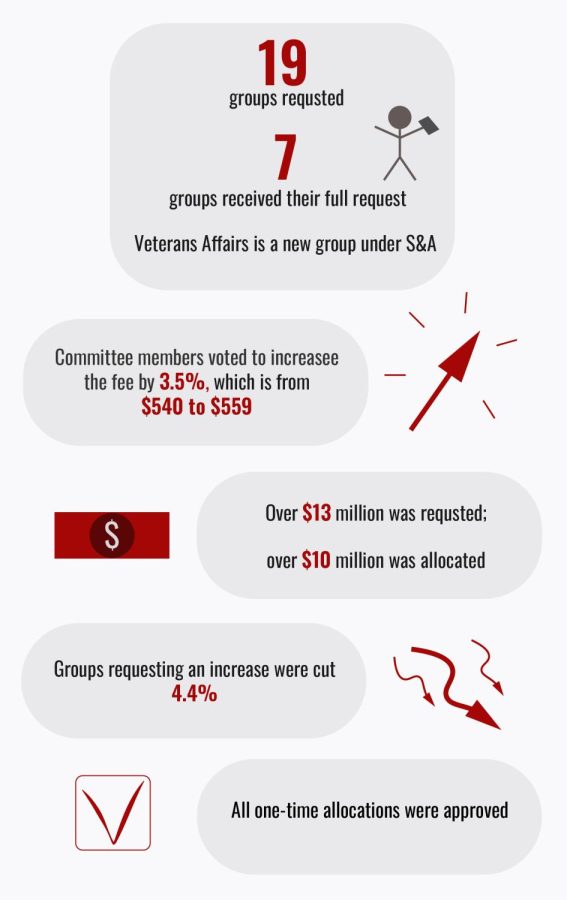 The Services and Activities Fee committee voted to increase the fee to make up for declining tuition rates and increased inflation.

Members of the Services and Activities Fee Committee voted to increase the fee from $540 to $559, hoping this 3.5% increase will offset declining enrollment rates and rising inflation.

The Board of Regents will vote on this increase at the end of the semester, officially setting the fee rate for the 2022-23 school year.

Nineteen WSU Pullman groups requested a total of nearly $13 million from S&A Fee revenue this year. The committee approved nearly $10 million worth of allocations, citing an interest in building back the reserve funds that were depleted by the pandemic.

Committee members voted to fully fund groups that maintained their requested amount from last year, while they approved a 4.4% cut for groups that requested an increase in their allocation.

The following groups received a 4.4% deduction from their full funding request:

Veterans Affairs requested a total of $348,400. The committee approved $13,800 plus a one-time allocation of $100,000. Committee members hope the university, not student fees, will fund this group, Pan said. This is the first year Veterans Affairs has received S&A funding.

Editor’s note: This article has been updated to reflect a factual inaccuracy. Enrollment rates, not tuition rates, have been declining.