Senate has 21 spots to represent colleges, entire campus; only six positions were elected 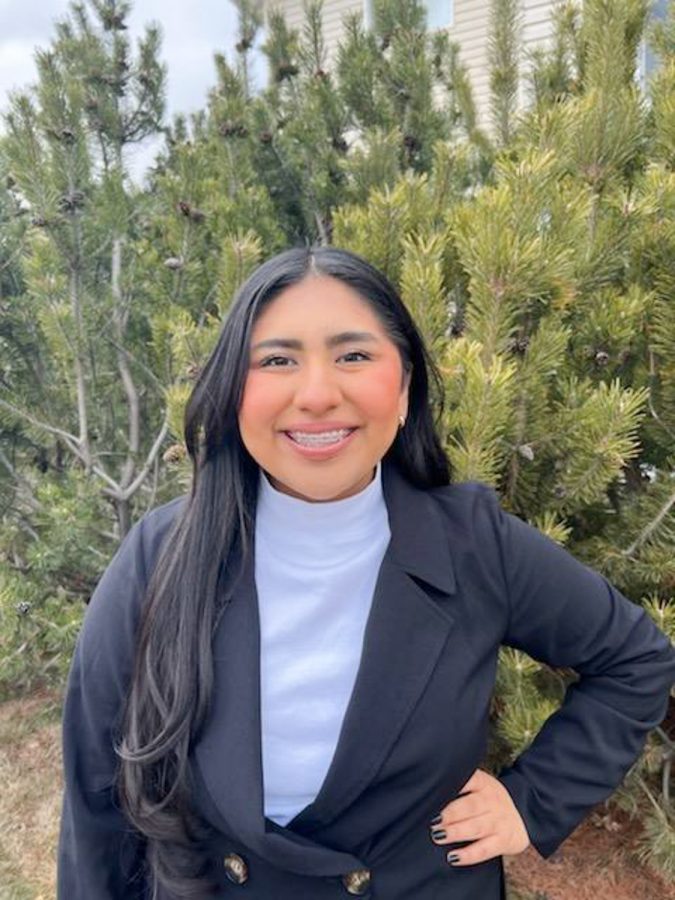 Cleofa Vargas was recently elected as the Carson College of Business Senator.

This March’s ASWSU Senate elections had a record-low number of candidates, with only six people running for office.

This is considered a low number for ASWSU Senate races, said ASWSU Pro Tempore Katie Carstens. There was a similarly low number of candidates during the last election.

“Last year during COVID, we also had five people who ran,” Carstens said. “I am not sure the year before that, but from what I’ve heard, it isn’t the most normal.”

Carstens said ASWSU has had a difficult time reestablishing communication with students, and because of this, many students do not know of the elections when they are happening.

The newly-elected senators will take part in two meetings on April 20 and 27 to help seamlessly ease the transition, Carstens said.

After the election, ASWSU opened an application to all students to fill the seats without candidates, Carstens said.

The ASWSU Senate is meant to be a council of 21, leaving 15 seats currently unfilled, Carstens said. There are normally multiple options on the ballot when voting.

“The way that our ballots are set up is everyone votes on our all-campus [senators]. Normally there were more so you’d pick from that list,” Carstens said. “There is a write-in option as well. If a candidate gets 25 people to write their name in, then they secure that spot.”

There are about five to 10 people who have expressed interest in the open senate seats, Carstens said. It is too early to tell if they will fill all the vacant senate seats.

“I’m hopeful that we’ve done enough to bring some people in, but even now throughout the year we’re operating with three uncertified senators,” Carstens said. “We’d love to get all the positions filled, but we know even if we don’t, we can operate.”

Carstens said she is hopeful more students will be informed about the opportunity to run for the senate in the next election.

“I think we are still continuing to figure out the best ways to inform students, and we’ll really have to see who the next director of communications is and see what their plan is to outreach to students,” Carstens said.

Cleofa Vargas, junior hospitality business management and marketing double-major, was elected as a representative for the Carson College of Business. She said she wanted to run in part so she could be a representative for underrepresented groups of people in the business college. Vargas was not involved in ASWSU before and decided to run about a month ago.

“What motivated me to do it is the lack of representation, and I wanted to run for the Carson College of Business senator because there seems to be a lack of awareness in faculty. They’re not aware of all these resources WSU has to offer for minorities,” Vargas said. “Me personally, I’ve experienced microaggressions and lack of cultural awareness, so that was one of the main things that I want to change.”

In addition, she said she would like to create programs like work-study to pay undocumented students and help them financially in other ways.

“I’ve been a part of [Student Entertainment Board] for the past two years, and I feel like the budget is way too high,” Vargas said. “I would want to do something about that because I think that money could go elsewhere to benefit students across campus financially.”

Vargas said there were no other candidates running for the seat she was seeking, although there were other people running who were business majors or a part of the Carson College.

Vargas said she believes the lack of awareness is why there has been a low number of candidates seeking office in the past few election cycles.

Vargas said she hopes everyone elected to the senate does their best to bring positive change to campus.

“I just hope that all the people that were elected keep their promises and make that change. To see ASWSU come together and work together as a team, that’s one of the main things as well and to make campus a better place for all people of all backgrounds,” Vargas said.