... but use it responsibly 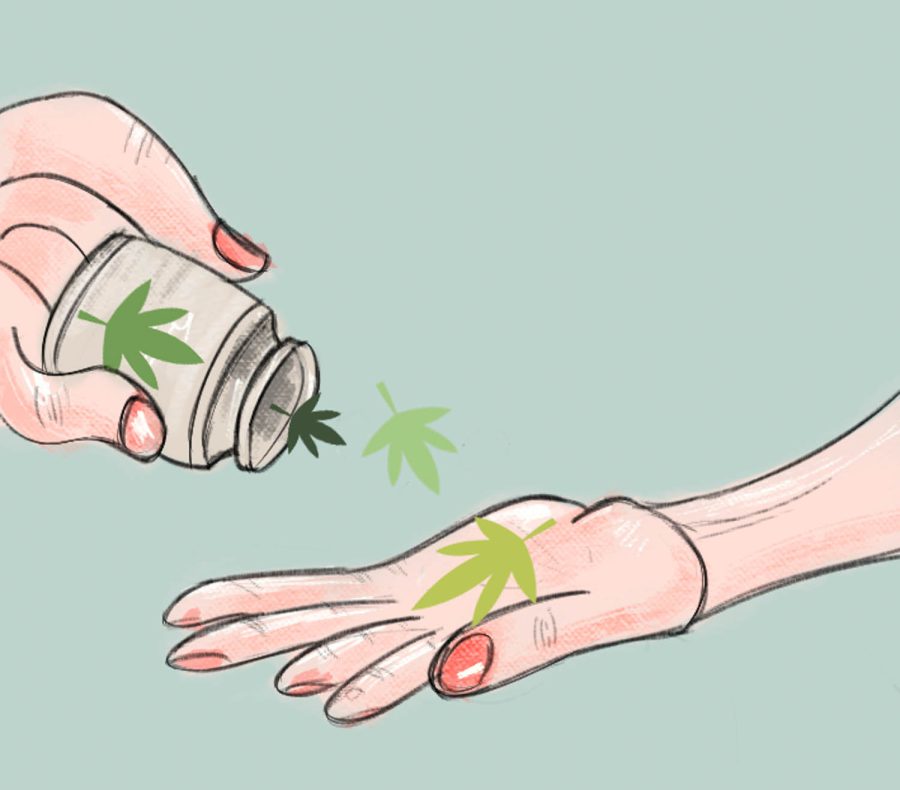 Medical marijuana should be legal, but accessibility should be restricted to prevent abuse.

Over the past few decades, the legalization of weed has been a continuous debate going far beyond the state level.

Many states are debating whether weed should be legalized for recreational purposes, but what about the legalization of medical marijuana? Are the benefits real and worthwhile?

Medical marijuana is currently legalized in 37 states in the U.S., according to NCSL.

Unfortunately, a lack of research exists around medical marijuana due to the federal government classifying cannabis as a Schedule I drug, meaning its ingredients are highly restricted and are often discouraged.

However, a study done by the Institute of Medicine found a potential therapeutic value in cannabinoid drugs – primarily tetrahydrocannabinol, or THC – for pain relief, control of nausea and vomiting and appetite stimulation.

Sophomore pre-nursing major Macie Burns said she thinks there are a variety of benefits to medical marijuana for people with anxiety.

While Burns said that weed makes her anxiety worse, she knows others who benefit greatly from it, such as her boyfriend’s grandmother.

Burns also said that her boyfriend’s grandmother has a medical card allowing her to use cannabis to help with her back pain. She said that it can help target many different areas of pain for people and that it affects everyone differently.

With that being said, Burns also said that the legalization of medical marijuana brings up the opportunity for people who do not really need it to abuse the system – people could use a medical card as a way to get access to cannabis for recreational purposes, not because they really need it.

If medical marijuana is legalized, I certainly agree that access should be somewhat restricted in order to prevent abuse of the drug.

Because the process of and qualifications for getting a medical card vary by state, the current restrictions also vary. However, it is at least required by all states that a doctor has approved medical cannabis to manage symptoms, according to WebMD.

It is also important to mention that while weed can be helpful for many, there is also an increased rate of dependency. In 2015, the National Institute on Drug Abuse said that about 4 million people in the U.S. met the diagnostic criteria for a cannabis use disorder.

With that in mind, it does not mean that people cannot use cannabis responsibly and in a way that supports their health.

Lamont said she smokes weed to help with her anxiety, panic attacks and to simply de-stress from things.

“It helps me take a step back from my life and kind of take things step by step,” Lamont said.

Research has found that there is evidence that compounds naturally found in cannabis have a variety of therapeutic benefits.

If you think you might benefit from medical marijuana for therapeutic reasons, do your research and talk to your doctor to minimize the adverse health risks and to ensure that you are taking the right concentration for yourself!