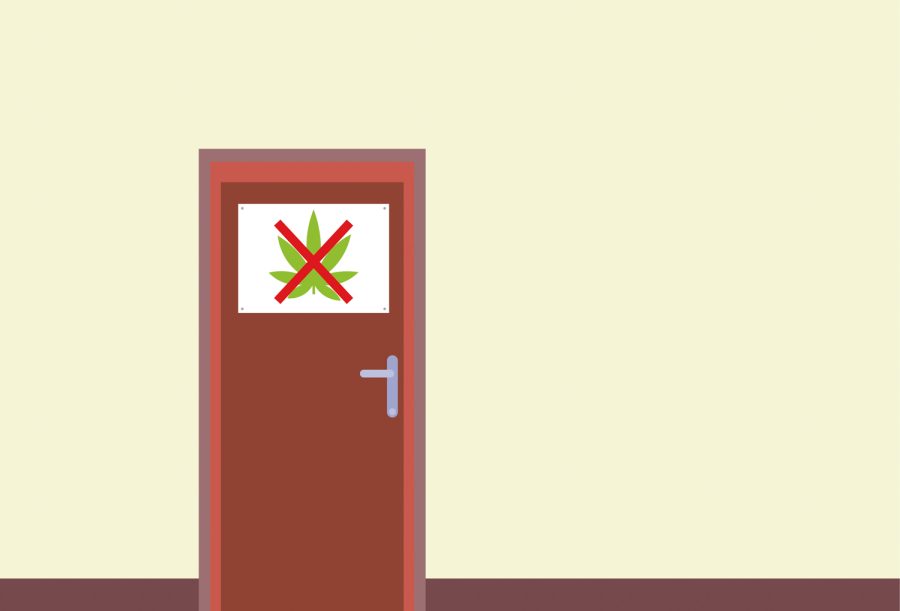 On campus, students under the age of 21 may be reported for being in the same room with drugs, even if they did not consume the substance.

In compliance with the Drug-Free Schools and Communities Act, WSU prohibits the use, possession, manufacture or distribution of cannabis on campus to maintain federal funding for scholarships and research.

“We want to be able to offer federal financial aid to students, and our researchers really need access to federal dollars to fund research,” Creighton said. “Those two things are paramount to the mission of the institution and to the persistence of our students. Without the policy, those two things would be in jeopardy.”

On campus, students under the age of 21 may be reported for being in the same room with drugs, even if they did not consume the substance, according to WSU’s Alcohol and Drug Policy.

Creighton said students should take responsibility for themselves, leave the situation and abide by the university’s rules for a safe learning environment.

The WSU Police Department has seen a decline in cannabis-related cases in residence halls during the pandemic, said Assistant Chief Steve Hansen. In the past two months, there have been six reports of DUI alcohol or drug cases, according to the police department’s Law Total Incident Reports.

Before the pandemic, Hansen said officers responded to around four cases of cannabis use on campus per week.

“They’d be doing their rounds and smell the cannabis in the hallway,” he said. “That was pretty typical: catching people smoking out in their cars and sometimes even out in public underneath trees.”

Hansen said officers respond to each case on an individual basis and typically apply for search warrants if the student is a repeat offender.

If students are in violation of community standards, they may receive sanctions, like writing an educational paper or attending an Improving Prevention through Action class with a course fee of $100, according to the WSU handbook.

Creighton said the sanctions are designed to be educational rather than a punishment for students. Sanctions are tailored to each individual case.

“Sometimes we might meet with a student who is using a substance to cope with a very challenging component of what’s happening in their lives, so the sanction for them might look really different than for someone who is blatantly disregarding the policy because they don’t like it,” Creighton said.

Medical cannabis is also prohibited on campus, but students can contact the Center for Community Standards for special accommodations. Although physicians can recommend cannabis for certain chronic illnesses, Creighton said cannabis prescriptions are federally illegal.

“If there are students that need accommodations to manage medical conditions, we can work with them to see if we can find living arrangements that do work for them,” she said.