‘This is the ASWSU way: don’t solve the problem, just send someone out to publicly lie about it’ 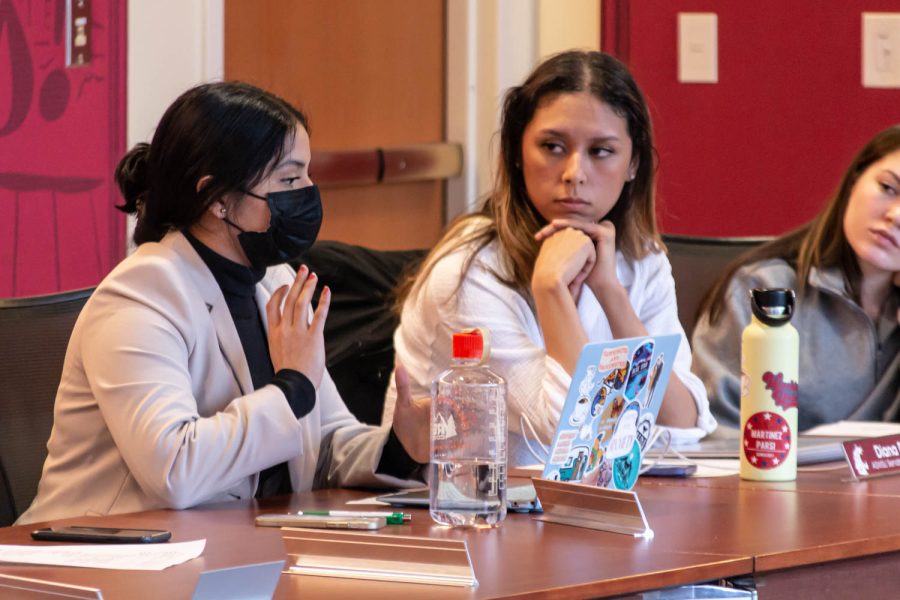 Besides several members of Sherry’s fraternity who abstained from the vote, every other senator voted in favor of starting the impeachment process for both individuals.

ASWSU Senators moved to begin the impeachment process for Ben Sherry, ASWSU director of university affairs, and Jessica Sheets, ASWSU director of inclusion, diversity, and veteran affairs, for creating an environment of intimidation and going against ASWSU’s code of ethics regarding proper treatment of colleagues.

This decision was made by senators in private during the meeting. After discussion, the senators returned to the public meeting to present their motion.

Besides several members of Sherry’s fraternity who abstained from the vote, every other senator voted in favor of starting the impeachment process for both individuals.

All-Campus Senator Nikolai Sublett spoke during public testimony about a conversation he had with ASWSU President Brian Patrick about the allegations he recently made. Sublett said he faced a moral dilemma in deciding whether to affect the guilty party’s future by requesting an investigation.

At this time, no action has been taken by Patrick and the rest of his staff, he said.

“This is the ASWSU way,” Sublett said. “Don’t solve the problem, just send someone out to publicly lie about it.”

After a meeting with Patrick and three unnamed Executive staff members, Sublett said he was asked to speak at this Senate meeting to say the allegations he made were incorrect and that the comments he heard were not homophobic.

Sublett said after the uncomfortable nature of the meeting and feeling cornered, he considered saying that he was in the wrong. However, after seeing how it affected the staff member who was the victim of these comments, he chose not to do so.

Sublett said this Monday, the individual he claims made these comments came to him and admitted to making them but said they were not meant to be homophobic because they were based on past jokes with the victim.

After speaking to the victim, Sublett said these were not inside jokes and the comments resulted in this individual cutting their hair and changing their appearance.

In an Evergreen article published earlier this week, Patrick said he has been unable to get specific details of who was involved. Sublett said despite Patrick’s statements, he is aware of the individuals involved in the incident.

The inclusive language training held following the accusations was set up before the meeting Sublett originally spoke at and was not scheduled to combat homophobia within the ASWSU staff, he said.

Several senators expressed their frustration with the lack of action taken.