May the odds be ever in your favor 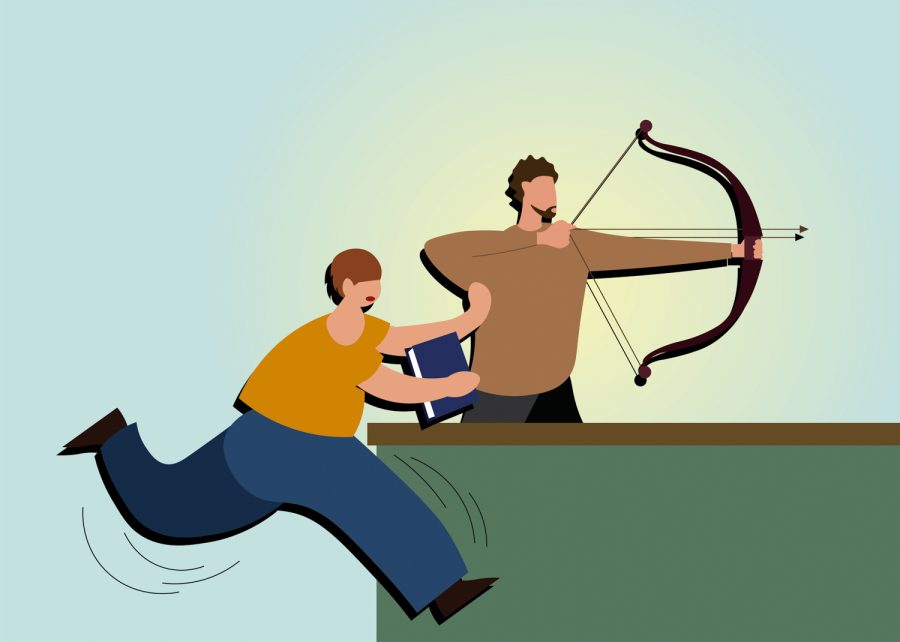 If you are the last one standing, you get an A!

The Office of the Dean of Students recently put out a campus-wide announcement  that the week of April 24 will no longer be considered “Dead Week.” Replacing it will be WSU’s first bi-annual Hunger Games.

Recent complaints from students about the nature of dead week have been listened to by WSU’s administration, who figured they could kill two birds with one stone through this exciting new change.

Cornelius Rain, assistant to the Dean of Students, indicated that the change would scrap campus location descriptions and categorize areas into 12 districts.

“We would always hear students complaining that they had work due during dead week,” Rain said. “We decided that instead of addressing that problem, it would be much more exciting to create a whole different one. Would even earn some money from watching donors, too.”

Professors and students alike will be required to be on campus as of April 24. Participation is required, and attendants will be placed to direct everyone to their starting districts. Over the campus-wide speaker, Andy Grammer singing “Back Home” will signal the start of the games.

To help get students more into the spirit of the games, I have been authorized to give a little hint, a cornucopia of goods and weapons has been placed on the Glenn Terrell Mall to go for.

Although all essential services will be on hold for the week-long games, Transportation Services will still be handing out tickets for parking violations, so watch out!

Catless Evergreen, senior young adult fiction major, said she is not worried about the change in policy.

“It seemed kinda funny since I just joined the archery club,” Evergreen said. “My organic chemistry professor will rue the day he didn’t curve the last test.”

On an unrelated note, membership in the fencing and archery club has nearly tripled since the announcement was made. It is good to see Cougs so eager to get involved with their registered student organizations.

WSU’s donors are getting excited as well for the first bi-annual Hunger Games, as the event will be televised internationally. Some have even brought their RVs to tailgate the event.

Students and faculty alike will compete for donors’ attention to potentially get a gift from them – and no, we aren’t talking about a scholarship or textbooks. Try your best to impress these rich nameless figures!

Unfortunately, the Dean’s office did issue a statement along with a list of donor rules. It appears that half of all donations will be immediately earmarked for the football program.

Regardless, as we move into the event, I encourage staff and students alike to get excited!

Instead of cramming for tests and getting hopelessly sleepless nights, you will be running around campus playing the most deadly game of hide ‘n seek for your grade.

“We really hope we can see the Cougs helping Cougs mentality out there,” Rain said. “Well, at least until the end, only a handful can win, so don’t get too attached.”

I have already begun preparations for the games, knowing that if I win, I get an A in my capstone class. With that being said, I can offer some quick tips!

Take those textbooks you never opened and tape them to yours; they can make a great pillow to rest on or good armor. That clicker that your class only used once? You can get some pretty good speed on one if you throw it.

Make sure to use the rest of your RDA to buy provisions from the markets. I know that the prices may seem a bit high, but it could be the difference between you winning and losing.

Maybe even grab a friend or two to help out – I imagine the Hunger Games will be best in groups. Remember that if you win, you do not have to take that final you have been dreading!

And most importantly, may the odds be ever in your favor, Cougs.