Cougs faced UW in first round, won 4-2; face UCLA in second round 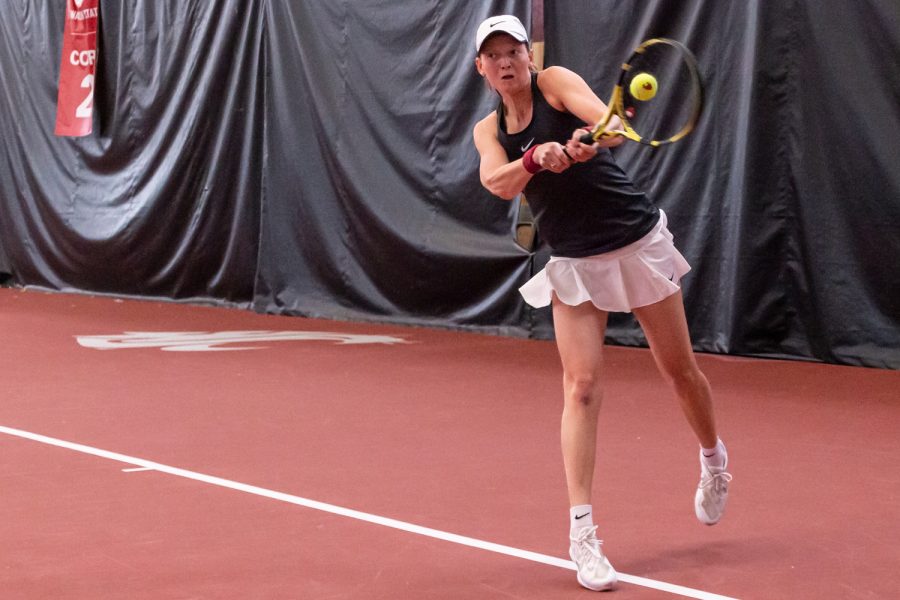 Michaela Bayerlova swings at the ball during an NCAA collegiate tennis match against Stanford, April 10.

The Cougs are the 10th seed in the bracket and opened the championships with an immediate rematch with their cross-state rivals, No. 32 University of Washington.

“We just saw what [UW has], and it’ll be a different setting; this will be outdoors. But I think, you know, we ride this energy into the next week,” head coach Raquel Atawo said.

The Cougs won 4-2 in the first round against UW and will face UCLA in the quarterfinals at 3 p.m. on Thursday.

Last year, the Cougs beat Colorado in the opening round of the championships but lost to UCLA in the quarterfinals.

During the past dual season, the Cougs beat UW 4-3 in their final match and lost to UCLA 6-1 in Los Angeles on April 2.

For seniors Michaela Bayerlova and Savanna Ly-Nguyen, the Pac-12 championships will be a valiant last hurrah. During her five years in Pullman, Bayerlova has etched herself into the WSU record books, winning 90 singles matches, the seventh most in program history. Ly-Nguyen, in her final year on the Palouse, earned a career-high 21 wins to end a career in which she always won at least 16 matches in a season.