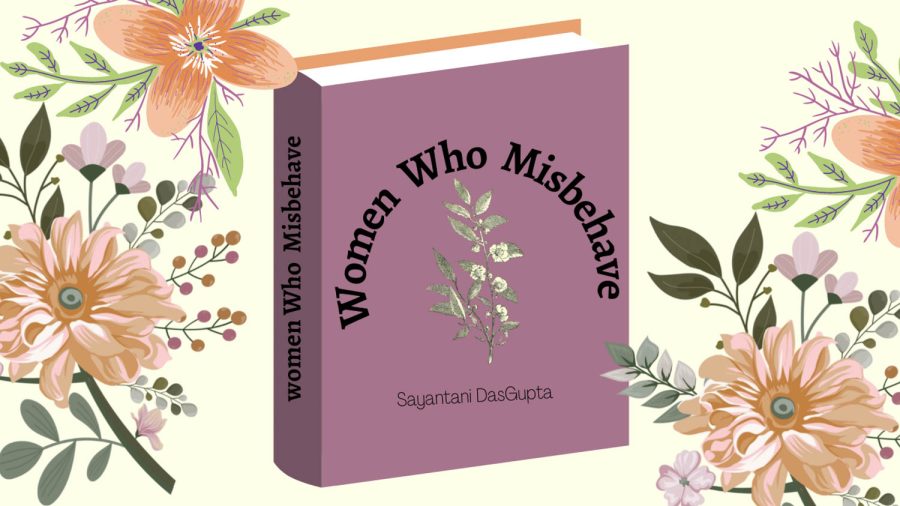 "Women Who Misbehave" is a collection of 10 stories about women of all ages committing an act of rebellion.

BookPeople of Moscow hosted a reading and Q&A with author Sayantani DasGupta last night at the Kenworthy Theater, focused mostly on her latest book “Women Who Misbehave.”

“The book is a collection of 10 stories, and the stories are about women. From a 10-year-old girl to a woman in her 50s and lots of ages in between; they are all committing, one way or another, an act of rebellion,” DasGupta said. “It is not rebellions like waging war or taking part in a revolution, but a stance against what is expected of them.”

“Women Who Misbehave” was published in March last year. In the book, DasGupta takes a deeper look into women’s lives, peeling back the layers of what it means to be a woman.

“In our daily lives, we tend to think of, particularly our mothers and grandmothers as just mothers and grandmothers; we don’t think about who they were before,” she said. “We are so used to seeing them in a specific way that we don’t see, or we forget to see them as individuals with a complex network of hopes and dreams at one point. We see them as they appear to us in our lives.”

DasGupta said the book was a work in progress for over 14 years. DasGupta said that some of the short stories took months to write, while others just came naturally. She credits her grandmother as her inspiration for writing about rebellious women.

“My paternal grandmother misbehaved in many ways,” DasGupta said. “My grandma was someone who got a master’s degree when she had already become a mom. My grandpa took care of the kids while my grandma went back to college to get her master’s degree done, which is something that people did not do back in the 1960s. She also has traveled a lot on her own. She did not behave how people expected a woman to behave.”

DasGupta has published multiple books, including “Fire Girl: Essays on India, America, & the In-Between” and “The House of Nails: Memories of a New Delhi Childhood.” Along with being a successful writer, she is also a professor.

“I teach creative writing at the University of North Carolina, and before that, I taught at the University of Idaho. My favorite exercise to give my students is to go outside and listen in to people’s conversations,” she said. “I often eavesdrop on people, which I think is the best way to gather inspiration.”

DasGupta was raised in New Delhi and has spent a good portion of her life traveling around the world. However, while traveling, DasGupta noticed that women had certain expectations of how to behave no matter where they traveled.

“They [women] have these many layers of desires and ambition, but because of circumstances and the society, they can not fully give in to those desires and those realizations. And so, there remains often, a distance between what they imagine or dream that their life should be, versus what it becomes,” she said.