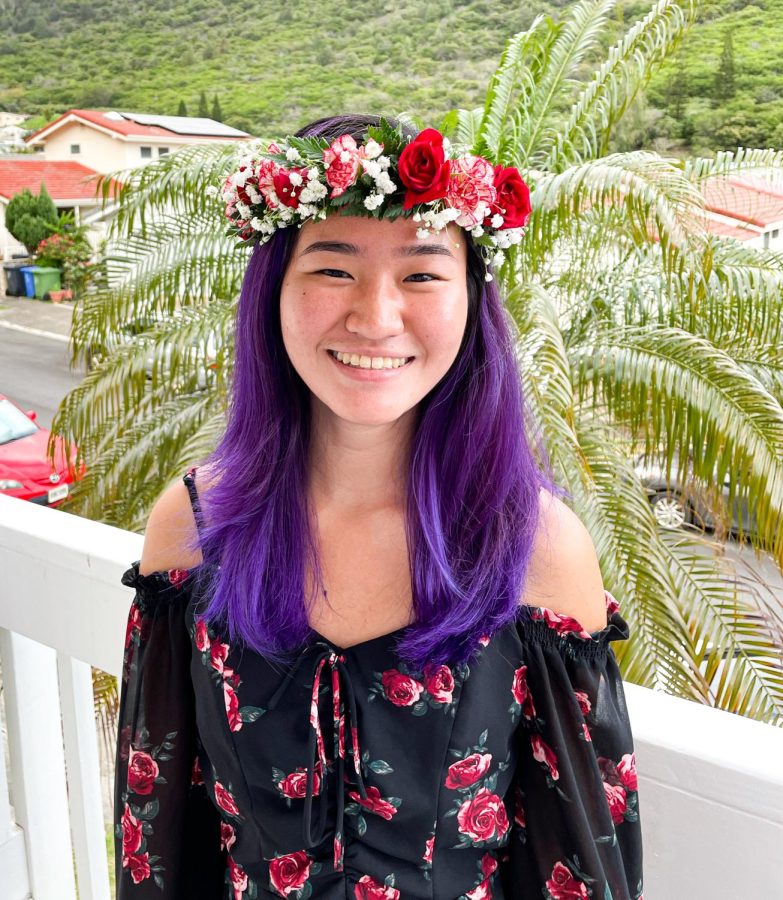 Senior Ally Pang will graduate this semester with degrees in multimedia journalism and creative writing.

Whether it is a work of fiction, a news story or a poem, Ally Pang has always loved writing — but now, after May, it will be time for her to pursue her passion outside of school.

“I love journalism because I’m able to lift up other voices and hear from people who aren’t often heard from. Even though multimedia journalism and creative writing are two completely different types of writing, they’re also kind of the same,” Pang said. “Both of them are about capturing truth. Just being able to tell a good story is such a huge thing.”

Pang said she likes creative writing as well because it involves lifting up unheard voices. She also loves to create her own worlds and characters and hopes one day she can publish something on the shelves next to books by her favorite authors.

Among the classes she has taken, Pang said she enjoyed formative theory with English professor Peter Chilson because she emphasized examining your own writing identity while working on your writing as well.

Chilson is one of the teachers who has helped her the most, she said. He is always supportive of his students and has helped Pang with any questions she has had. He also asks good questions about her work to help her improve.

Pang said the literary magazine LandEscapes has been the most impactful organization she has been involved with at WSU. She has been with it since her freshman year and is the current editor-in-chief.

“The journal really uplifts student voices and gives people a chance to be artistic and create,” she said.

Chilson, who is also the faculty advisor of LandEscapes, has known Pang for many years and said she is a hardworking and thoughtful person.

“She’s one of the very best; she represents one of the highest quality of students I’ve worked with,” Chilson said. “Ally led the magazine through COVID-19. That’s an extremely important distinction about her. She kept the magazine going on Zoom, pulling together the editors and designers. She did a lot of hard work and heavy lifting during the pandemic.”

In addition to Chilson, Pang said she has connected with Ben Shors, Alison Boggs and Lisa Jones, professors in the Edward R. Murrow College of Communication.

Pang also works at the WSU Writing Center. When she first joined, she said she thought it was mostly about helping students with grammar and spelling errors, but she now believes the writing center is about helping people improve their confidence in their writing abilities.

Pang has enjoyed sharing her poetry at open mic nights, which helped her gain confidence in her public speaking and writing, she said.

Pang said some of her goals for the future include becoming a published author, doing journalism in Seattle and going to Korea for a year to research a story she is currently working on.

Younger students should participate in activities outside of class so they can connect with more people, she said. Pang recommends future students try to find events they would like to take part in and put themselves out there by actively looking for things happening in Pullman, no matter how shy they might be.