The Daily Evergreen • May 23, 2022 • https://dailyevergreen.com/134283/opinion/book-review-the-seven-husbands-of-evelyn-hugo-examines-the-true-price-of-fame/ 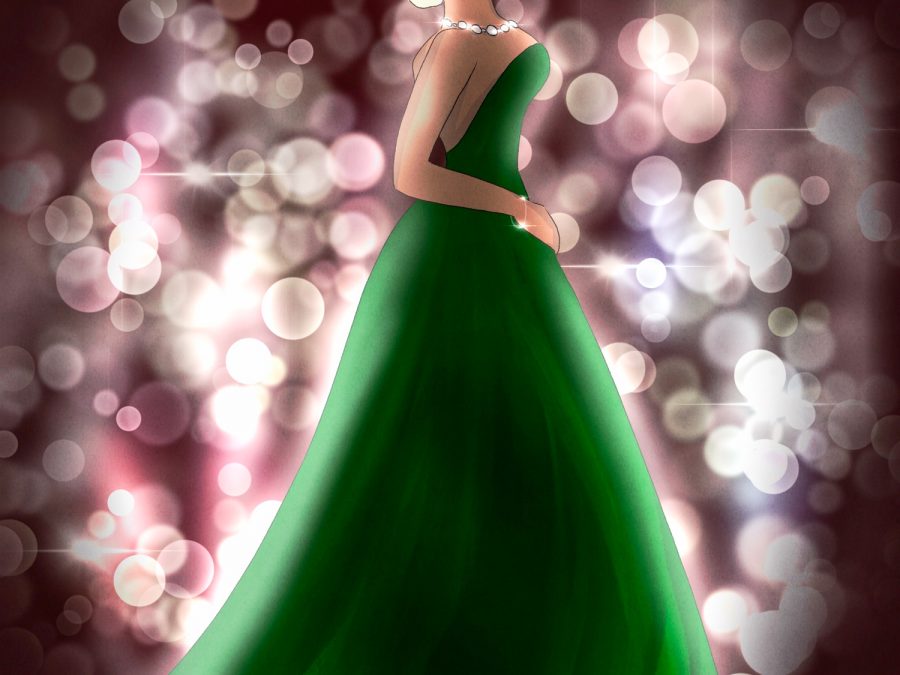 Fame is what helps Evelyn Hugo escape her old life, but it is also what holds her back from true happiness.

They say to never judge a book by its cover, but the faceless femme fatale in the emerald green gown adorning the front of Taylor Jenkins Reid’s “The Seven Husbands of Evelyn Hugo” cannot help but catch your eye.

When you begin reading the novel, you will be introduced to the Golden Age of Hollywood as experienced through the eyes of Evelyn Hererra, a young Cuban woman who is willing to do whatever it takes to make her mark. She hides her true race, uses her feminine assets to her advantage and even changes her name to (what she considers to be) the more alluring “Evelyn Hugo.”

Evelyn works her way to the top, rising from the ashes after scandal after scandal, and over the course of the 20th century she secures her place as a Hollywood legend.

The novel follows Evelyn’s unbridged life story as she recounts it to Monique Grant, a 30-something writer who is struggling to get her career off the ground. Evelyn asked for Monique specifically, offering her a guaranteed hit in the form of her biography, to be published after Evelyn’s death.

However, Monique has no idea why Evelyn would ask for her. She has had one semi-hit her whole career and does not even work for the most reputable magazine.

As Evelyn’s story unfolds, exposing her moral grayness and the many questionable actions she took to rise to the top, Monique comes to see that the two of them are far more connected than it appears.

It has been a while since a book hooked me like this one did. Jenkins Reid truly pushes the boundaries of morality with Evelyn, creating a complex heroine that you do not necessarily want to root for all the time, yet cannot help but admire.

Evelyn’s unflinching love for those around her juxtaposed with her desperate desire to cement her place in history makes her life one that is rife with missteps, tragedy and one of the greatest love stories I have had the pleasure of reading.

“The Seven Husbands of Evelyn Hugo” perfectly captures the gaudy, luxurious aesthetic of Hollywood’s Golden Age. It also explores femininity, family and queerness in the confines of a time period where Evelyn’s non-traditional approach to each of them was far from accepted.

Jenkins Reid’s complex characters and riveting storytelling will have you hooked. If you are in search of a new book to pick up this summer, Evelyn Hugo and her seven husbands are sure to keep you entertained.