Wildlife of the week: ‘I’iwi 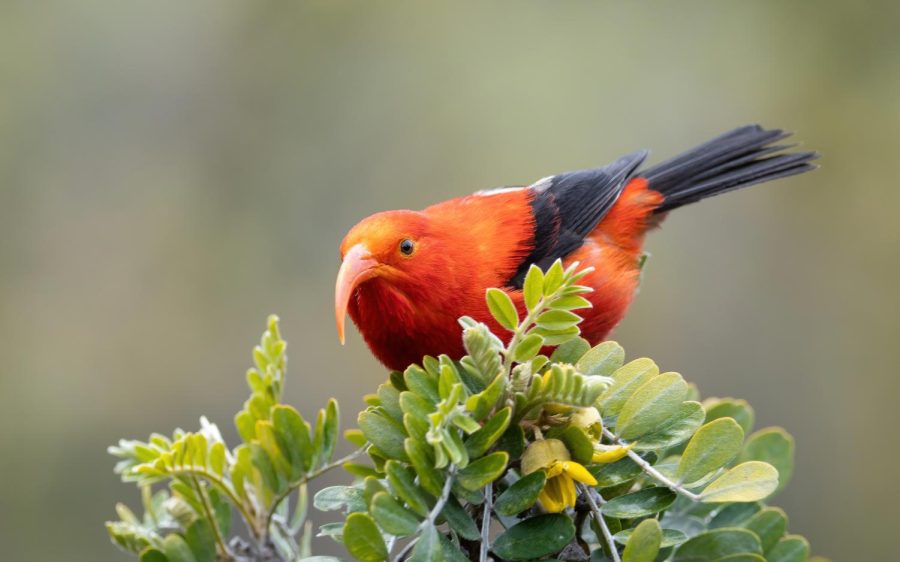 The finch species has a decurved bill that is used to feed on nectar.

The ʻIʻiwi, also known as the scarlet Hawaiian honeycreeper, is a unique finch species found only in the Hawaiian islands.

The finch species has a long, decurved bill specialized for feeding on nectar from native Hawaiian flowers. ʻIʻiwi, the bird’s Hawaiian name, comes from a word used for curlews, a shorebird with a similarly-curved beak, according to the Polynesian Lexicon Project Online.

ʻIʻiwi typically live high in the Hawaiian mountains, making their homes in the Montane forests of Haleakalā and Mauna Kea, according to Birds of the World. In a few weeks, female ʻIʻiwis will prepare nests with petals and lichen from their habitat, sustaining the next generation of this species.

Unfortunately, their geographic isolation has not saved them from the negative impacts of humans.

The species’ population had a massive decline due to the arrival of Europeans in Hawai’i, and it continues to decline, according to Birds of the World. This is primarily a result of habitat loss from clearing land for agriculture in addition to fatal disease spread by mosquitos after their introduction to the island by Polynesian and European settlers.