The Daily Evergreen • May 26, 2022 • https://dailyevergreen.com/134488/sports/bayerlova-boldly-goes-where-no-coug-has-gone-before-in-ncaa-singles-championships/ 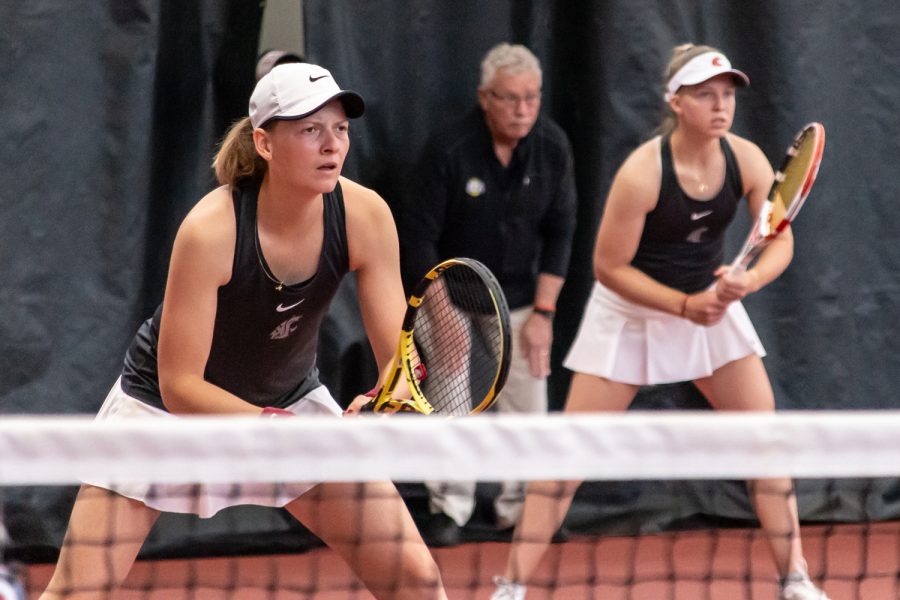 Thanks to her exceptional, record-breaking play which netted her a chance to represent WSU tennis on a national stage, fifth-yearMichaela Bayerlova continues to impress well into the month of May as she advanced to the quarterfinals of the 2022 NCAA Division I Women’s Tennis Singles Championship.

On Wednesday, Bayerlova beat North Carolina’s Carson Tanguilig in three sets at the Khan Outdoor Tennis Complex at University of Illinois in Champaign, Ill. to advance to the quarterfinals.

It took Bayerlova three rounds to finally lose a set, falling short in set one with a 5-7. However, with her back against the wall, Bayerlova continued to stamp herself into the WSU record books by winning the next two sets 7-6 and 7-5 to advance to the fourth round of the NCAA championships.

On Monday, the fifth-year senior beat Miami’s Eden Richardson in the first round. Bayerlova, the most decorated player in program history, is competing in her third career NCAA Singles Championships after competing in 2018 and 2019.

She never trailed in her first set, working back from a 2-2 tie to win four straight and take the set 6-2. In her second set, she worked back from 15-40 to win the game and cruised to victory in just over an hour.

Bayerlova beat Duke’s Chloe Beck in straight sets in the round of 32, 7-5, 6-2. Beck and Bayerlova battled early before Bayerlova dominated taking eight of the final nine points to claim victory.

Following her third 2022 NCAA championships win on Wednesday, Bayerlova is now 20-2 in singles and 9-1 against nationally-ranked opponents.

With 93 victories, Bayerlovastands alone for the sixth-most wins in program history.

Bayerlova will next dawn the crimson and gray on Thursday against Virginia Commonwealth University’s Paola Exposito Diaz-Delgado.