Glorification of abuse trial sets victims back, regardless of outcome 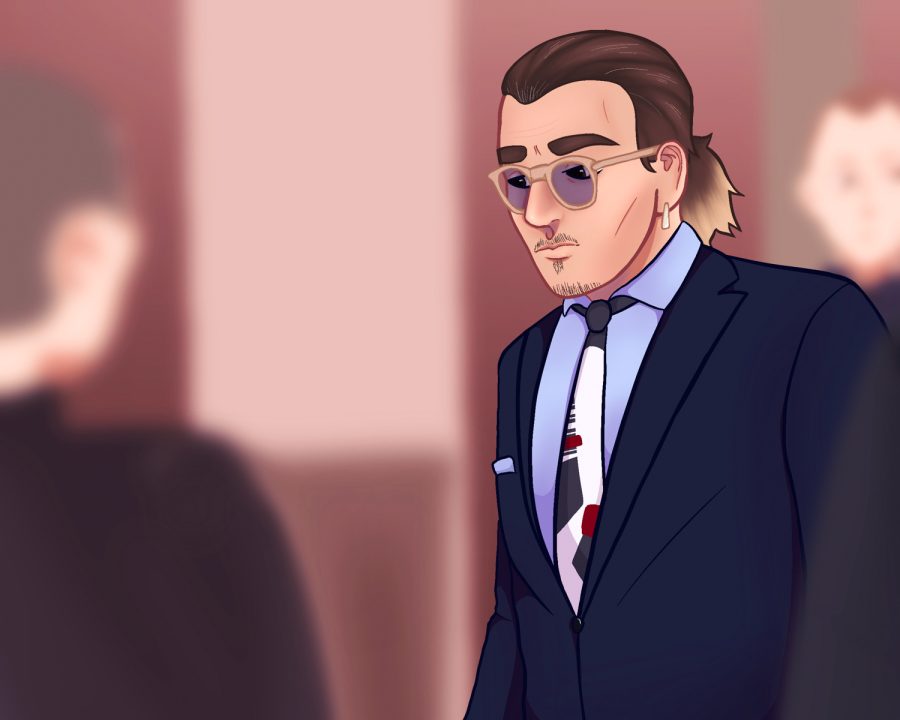 The outcome of Johnny Depp's defamation trial against ex-wife Amber Heard does not matter when the trial itself hurts victims of abuse.

Editor’s note: This column contains mentions of topics that may be sensitive to some readers, including domestic violence.

Almost every platform on the internet, including Tiktok, Instagram and Twitter, has picked apart Johnny Depp’s defamation trial against his ex-wife Amber Heard.

While this trial is labeled the hottest topic in the entertainment section of Twitter, the effect it has on victims of domestic violence and abuse is a harsh reality that has come to light in the aftermath of the trial.

The frustrating aspect of celebrity trials as a whole is the extreme idolization of the cases, downplaying the abuse that is endured because of the popularity of the people in the trial.

To be put on the stand and open up about traumatic experiences is difficult in itself, but to be put on live television and seen solely as entertainment shows how little our society supports survivors of domestic violence and abuse.

Hulu already has a TMZ special called “Johnny Vs. Amber: From Love to Hate,” which fuels the flame of insensitivity that the world has for domestic violence and the privacy of famous people.

“It seems like society is able to push past the concept that celebrities are real human beings and experience the same struggles,” said Macie Hayward, senior speech and hearing sciences major. “In relation to domestic violence, victims should be heard and respected rather than being shot down for speaking out about their truth, whether they are  famous or not.”

Considering this trial has been clearly labeled as “entertainment” on streaming networks, victims that want to come forward with their own stories feel a lack of support from the world around them.

According to News.com, victims of domestic violence are reluctant to share their stories because of the humiliation that Heard has dealt with.

Whether or not Heard lied on the stand, or whether or not Depp was completely in the clear, as people on social media platforms have said, fans’ reactions negatively affect survivors that want to expose their abuse stories.

Even still, the most popular hashtags in the entertainment column on Twitter consist of #AmberHeardDoesNotSpeakForMe and #AmberHeardIsALiar.”

It is hard to pick sides in this scenario as outsiders of the trial. A relationship is between two people, so to say one of these people is completely incorrect or their reactions are completely blown out of proportion is not for social media to decide.

It is rumored that Heard may be charged with perjury because she slandered specific scenarios, including her pledge to donate her $7 million divorce settlement to charity, but the public shame and backlash takes a bigger hit than any charges.

“When famous people spin the narrative of their abuse stories, it negatively affects struggling victims of abuse,” said Nick Pilco, sophomore interior design major. “They are using their privilege negatively.”

According to NBC News, the result of the trial may setback the progress of the #MeToo movement, because of the pleasure people had from watching beloved celebrities open up about abuse.

Regardless of the stance on the “winner” of the trial, or which celebrity told the truth, there is no true winner in a case like this.

There is damage to the careers of both of these actors, leaving them to be seen in a different lens than before by the public eye, alongside the vulnerability they were faced with that was picked apart by social media and turned into entertainment.