Proceeds will go toward medical expenses, food for animals 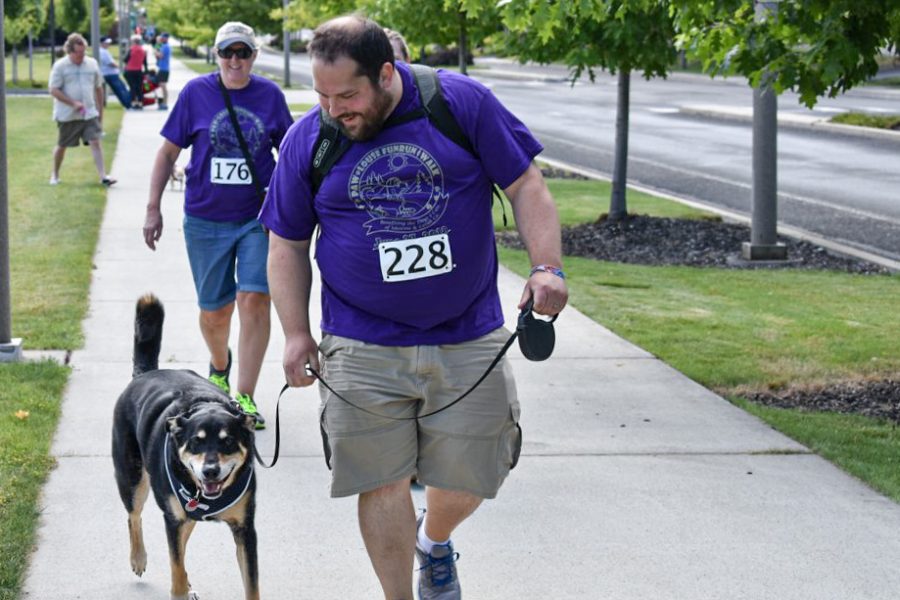 Dogs and owners gear up for a day of excercise and playtime at a previous Paw-Louse 5k Fun Run and Walk.

The Humane Society of the Palouse’s Paw-louse 5k Fun Run and Walk will return at 9 a.m. on June 18 in Moscow after a two-year hiatus due to the pandemic.

The organization’s 10th annual fundrasier will begin and end on the Moscow Intermodal Transit Center lawn and follow Paradise Path through the University of Idaho campus, said Lauren Green, public relations manager for the Humane Society of the Palouse.

Registration costs $20 per person and is available online until June 17 or in-person on the day of the event, she said. Proceeds from the fundraiser will contribute to medical expenses, food and cleaning supplies at the Humane Society of the Palouse.

“I think the main thing we’re going for in this event is to invoke a stronger sense of community within our already extensive pet-loving community,” Green said.

Pam Vander Zanden, secretary for the Humane Society of Palouse, has participated in the fundraiser since 2013 and worked the register since 2015.

One of Vander Zanden’s favorite memories from the previous event was watching a woman who brought an older dog with her to previous 5ks.

“There’s something special and sweet about old dogs,” she said “Just to see that old dog slowly walk along but still able to complete the 5k and have a great time was awesome.”

Vander Zanden also loves seeing people being active with their dogs and contributing to a good cause, she said.

“For the humane society, every fundraiser counts, so combining the fun communal aspect of the event along with the fundraising effort has just been so great,” she said.

She said one of the best parts of the run is witnessing all of the dogs’ excitment and their ability to cultivate new friendships with the other participating pups.

“People would bring their very athletic dogs and take off. It was just so fun to see them going down the home stretch,” she said.

Prizes will be available for the top three winners and their dogs, Green said.

Green said the next big Humane Society of the Palouse event will be Howling at Hamilton on Sept 10.

“Every year, the day before the Hamilton-Lowe Aquatics Center drains the pool for the winter, they allow the dogs to have a pool day, which they so deserve,” she said.