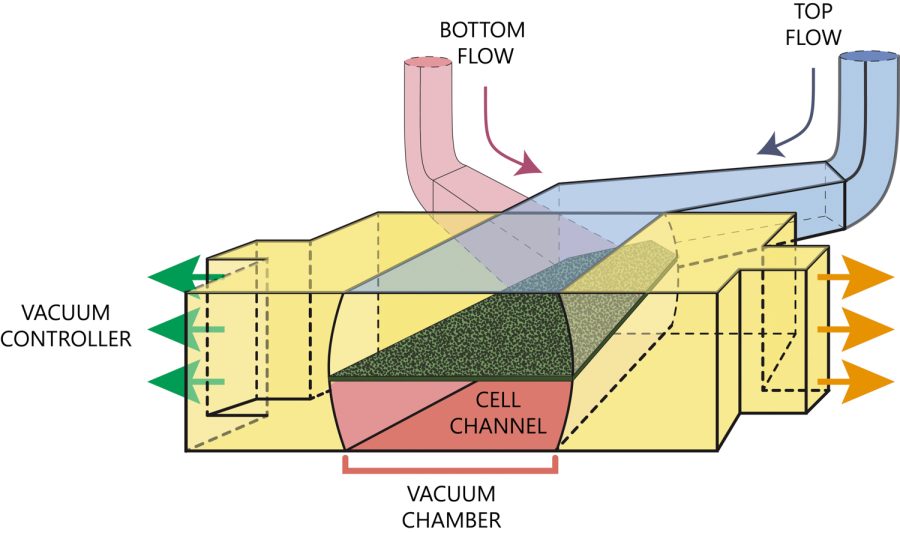 A successful gut-on-a-chip model will determine whether or not researchers can use microcin to control an infection.

WSU researchers are developing gut-on-a-chip technology to determine why Escherichia coli can be lethal in dogs and humans.

Escherichia coli, or E. coli, is a group of bacteria that live in the intestinal system of humans and animals. Some types are harmless while others, like Enterohemorrhagic E. coli, can cause problems in the intestinal tract, said Yoko Ambrosini, Department of Veterinary Clinical Sciences assistant professor.

The goal of the project is to study the change in an intestinal microenvironment causing the disease to become life-threatening, she said. This could help scientists develop a treatment plan and improve public health.

“[Many] people, especially immunocompromised people, could succumb from this disease,” she said. “It’s a well-known bacterial infection, but surprisingly, we don’t know much about the risk factor.”

To study pathogen cells, researchers will place samples in a microfluidic chip, or gut-on-a-chip. This chip is a dynamic, intact three-dimensional structure that models the intestine microenvironment of a live animal. It is the bridge between in vitro, a controlled environment outside of a living organism, and live animal models, Call said.

A small sample of intestinal epithelial, the lining of the gut, is derived from the intestinal organoid, collected and placed into the chip to culture cells, Ambrosini said.

Researchers can then study host-pathogen interaction in vitro, Call said.

The chip also allows researchers to introduce and study the disease in the sample without the usage of live animals, Ambrosini said.

Researchers will introduce the virus into the chip and study the crosstalk, or interaction, of host intestinal epithelial cells in the microbiome, or the cell environment, Ambrosini said.

Within the microbiome is a group of bacteria known as feces. Understanding how the microbiome affects feces and vice versa could reveal why E. Coli becomes lethal, Ambrosini said.

Once research is conducted in vitro, the results can eventually be translated into medicine for dogs and humans, Ambrosini said.

“Let’s say the new treatment therapy [is] effective in dogs,” Ambrosini said. “We can potentially translate that into human medicine because a lot of diseases similarly happen in people and, in this scenario, dogs.”

A successful model will allow researchers to examine how microcin, a killing molecule, can control EHEC infection. The microcin damages the bacteria membrane and could eventually kill it, Call said.

“That is work for my lab and where we join up,” Call said. “[Ambrosini] has the model and will help her look at that question of whether we can use our little mic, or microcin, to control an infection from that perspective.”

The two-year project began in April and is currently in its beginning phase. Research is expected to begin soon, Ambrosini said.