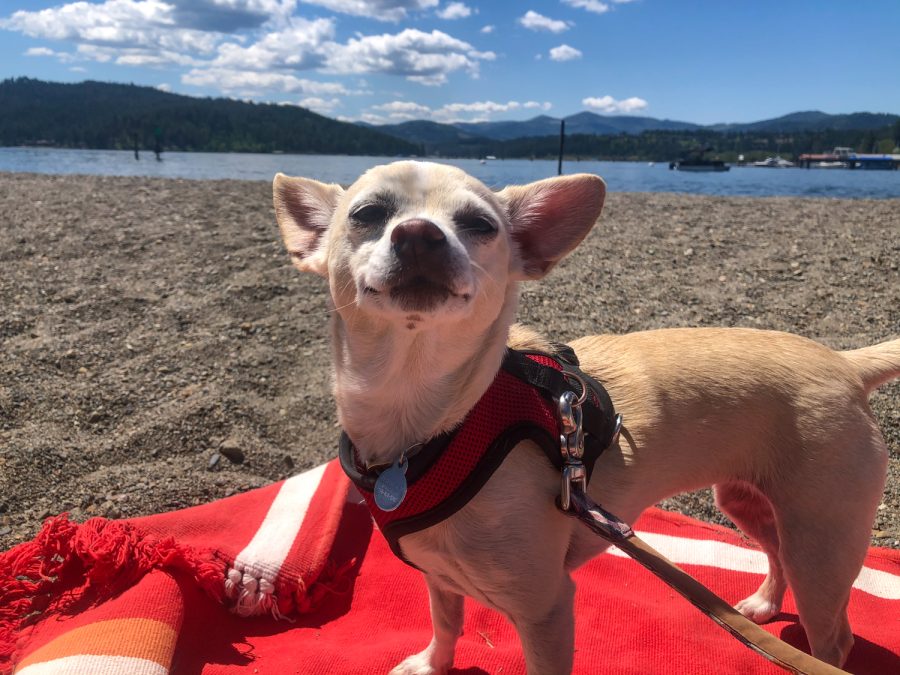 Maisey does not have to be the exception as a "good" Chihuahua. With respect and proper training, Chihuahuas are wonderful companions.

If you ever find yourself perusing the kennel-lined halls of an animal shelter, more than likely, the majority of dogs will be either pit bull or Chihuahua mixes. But why is this?

The unfortunate truth is that certain dog breeds have garnered negative stereotypes, which smears the public’s perception of them. Whether or not these stereotypes have any merit behind them, they inevitably cause harm to these dogs.

Sadly, I am sure most of you will not be shocked to hear that dogs labeled as pit bulls have the highest shelter population and rate of euthanasia, according to a Washington Post article. Their reputation of being aggressive and dangerous means they are less likely to be adopted.

There is so much nuance on the topic of pit bulls and I do not have personal experience with them, so I will refer you to pit bull advocates to learn more about their stereotypes. Instead, this piece will focus on another stigmatized breed — the Chihuahua.

What may surprise you is Chihuahuas hold the second-highest rate of euthanasia. Their population even surpasses pit bulls in some parts of California, making up 50-60% of the homeless dog population, according to Compassion Without Borders.

Yappy, feisty, aggressive, evil and, of course, ankle-biters are all terms you have probably heard (or used yourself) to describe Chihuahuas. As a Chihuahua owner myself, I cannot tell you how many times I have gotten comments from people saying, “normally I hate Chihuahuas, but yours is actually pretty nice.”

But why do people view Chihuahuas so negatively? Gabriela Hanson, senior criminal justice and psychology double major said that she has had a bad interaction with an aggressive Chihuahua before, but has also had numerous good experiences with Chihuahuas.

“Chihuahuas are typically viewed as aggressive, but that isn’t the case for the majority of Chihuahuas,” Hanson said. “Due to improper training and support by the owner, the dog is limited to knowledge that could either better their behavior or worsen it.”

A big issue with Chihuahuas is their owners.

In the early 2000s, carrying Chihuahuas in purses became a fad created by “Legally Blonde” and further popularized by Hollywood stars such as Paris Hilton. “Paris Hilton Syndrome” made people want Chihuahuas, believing that they could just be carried around all day as a fashion accessory.

The demand for Chihuahuas skyrocketed, and puppy mills began mass-producing the hot commodity, according to a Mercury News article. However, as with all trends, they faded out of popularity.

But unlike the out-of-date scarf that lives in the depths of your closet, Chihuahuas are living creatures that need to be cared for even after they are no longer “fashionable.”

“People discovered that they’re not just some keychain in bags. That they’re in fact… dogs. Dogs who bite, pee, and need training. … And like other untrained dogs, they became aggressive and stubborn,” according to a DogsAndClogs article.

As with any dog, when their mental and physical needs are not met, they are bound to act out.

Although Chihuahuas do not have the same exercise requirements as say a border collie, they still need to go on walks. They need to explore their environment, sniff, socialize and have enrichment.

When they are being carried around 24/7, they do not get that opportunity, which can cause them to become reactive.

When you think of a Chihuahua’s attitude, the phrase “little dog syndrome” likely comes to mind.

“I think Chihuahuas are sometimes seen as aggressive depending on the dog’s attitude and atmosphere,” said senior kinesiology major Daniel Siwinski.

In reality, some Chihuahuas misbehave and act bigger than they are because their boundaries are not respected.

When a large dog growls, you know to back away and give it space. However, when a small dog gives a warning that they are uncomfortable, people are more likely to disregard them because they cannot cause much physical damage, according to an article published in BMC Veterinary Research.

“Aggressive behaviors preceding bites or bite attempts in the canine ‘ladder of aggression’ (e.g. stiffening up, staring, growling) may be more likely to be ignored or not taken seriously in miniature breeds such as the Chihuahua, leading to escalation to more serious behaviors including snaps and bite,” according to the article.

Can you really blame a dog for snapping after its boundaries are disrespected repeatedly to the point where they feel they need to resort to biting to be left alone?

Reluctantly, I will admit not all Chihuahuas are perfect angels (except for mine), I know people have had negative experiences with them.

However, I feel the same can be said with any breed; the difference is that Chihuahuas are seldom trained the same way large dogs are. Do not blame the dog, blame the owner.

Although he would personally never own one, Siwinski said he does not mind Chihuahuas and has not had any bad experiences with them, except that their barking can be annoying.

Now, I might be a little biased, but I believe that Chihuahuas are one of the sweetest breeds. They were bred to be companions, making them extremely loving and loyal. But like any dog, they need to be trained and socialized properly, otherwise, they will exhibit behavior problems.

“[Chihuahuas are] a great dog choice for those that are fond of smaller dogs,” Hanson said. “With being so cute and comforting, a Chihuahua can become not only a support system but a great buddy to have around.”

This is not to say that you should go out and adopt a Chihuahua. It is important to remember that not every dog is going to fit your lifestyle and it is a disservice to both you and the dog if you are incompatible.

Any dog lover will tell you that each breed and/or mix has its pros and cons. The best thing you can do for Chihuahuas (or any stigmatized breed) is to not perpetuate negative stereotypes and to do research before getting any pet.