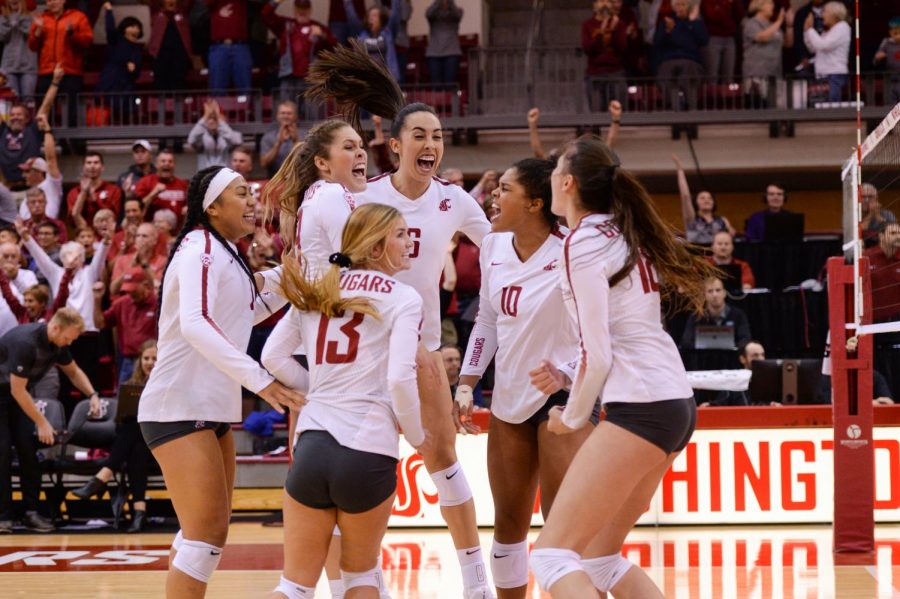 WSU and the Pac-12 officially announced the 2022 televised conference schedule on Thursday. WSU Volleyball will be broadcast on the Pac-12 Networks for a total of 14 conference matches. The Cougars have four more games that will be televised compared to the ten broadcasted last year.

The success that the Cougars achieved last season earned them more televised games as they entered in the big dance for the sixth consecutive season and ranked fourth in the Pac-12 with a 13-7 record, the most under head coach Jen Greeny.

WSU begins Pac-12 competition traveling in three away games. They start the first match off with the Apple Cup against rival Washington, 6 p.m., Sept. 21, in Seattle. WSU will continue the trip off to Northern California facing California and Stanford, Friday, Sept. 30 and Sunday, Oct. 2 respectively.

They will return their way back home to Bohler Gym with the matchup against Arizona at 7 p.m., Oct. 21 with Stanford  7 p.m., Oct. 28 in Washington Both games will be aired on the Pac-12 Network.

The Cougars head off on the road for one last battle against Oregon, 12 p.m., Nov. 6, in Oregon which will be aired on the Pac-12 Network. The Cougars will then head home for a grand finale of four home games in Bohler Gym.

The regular season will wrap up with home matches against UCLA, Nov. 22 and rival Washington, Nov. 25 aired on the Pac-12 Network with times to be determined. The matchup against UW will be the Friday of Thanksgiving break with the football Apple Cup the next day in Pullman as well.

WSU Volleyball is currently working towards finalizing its non-conference schedule as well, with the information to be released at a later date.