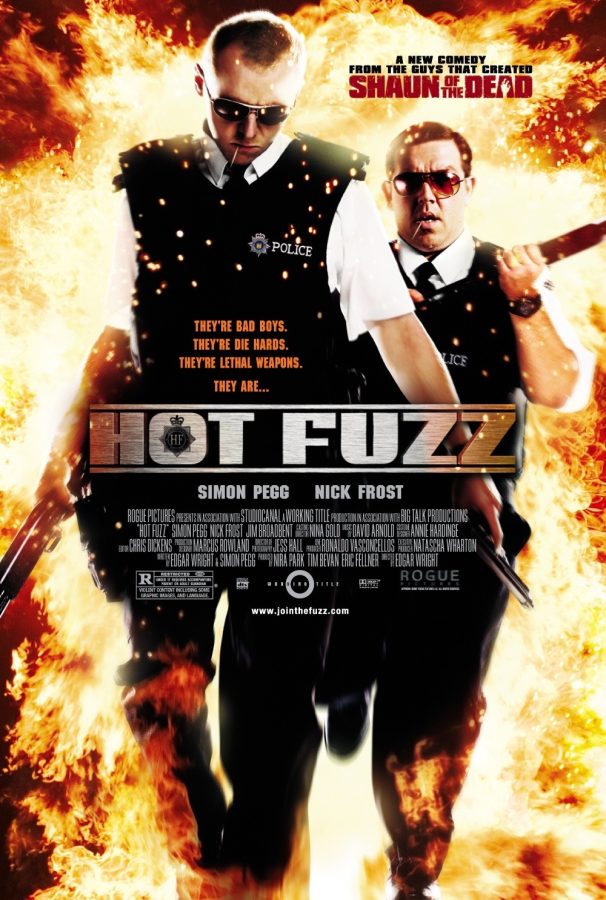 If you have not been paying attention to movie releases lately you may have missed this gem. Well … that is if you are still living in 2007, something that I know a bunch of us are increasingly wishing we were.

“Hot Fuzz” is a wild ride that does not stop packing in the humor, with a strong plot to boot.

I had not heard of this movie until a few weeks ago, but after watching it I can say that it is timeless. Sure, the media is filled with police and spy movies and shows, and they tend to follow the same plot lines or story beats. Still, even though it was released 15 years ago you need to see this movie.

“Hot Fuzz” is a biting satire of that exact genre that begins like any other police movie.

A skilled police officer, Nicholas Angel, is moved in disgrace to a small rural town; personal and relationship issues abound as we meet the cast of characters who live in the village.

Enter the village of Sandford, which is located on the picturesque English countryside and is a regular “Village of the Year,” winner. Incredibly small and quiet, Sandford is known in the movie for their rock bottom crime rate, which irritates our efficient main character.

While on the surface, many of the colorful cast of characters we meet are helpful and appreciative of the new police sergeant; things are not so great underneath.

Do not worry, dear reader, I will not spoil any of the actual plot of the movie. As one of my friends who forced me to watch it said, it is best to go in blind.

Please do not look up any spoilers, even just looking up images of the movie will put you on an absolute spiral of trying to find out what any of them mean. Even the movie poster we are putting up alongside this review does not do this wonderful movie justice.

The humor surprised me the most throughout the movie. I had been forewarned that the movie was a comedy, but “Hot Fuzz” does an admirable job at attacking humor through a number of different avenues. It is not just slapstick comedy, but rather has a little bit for everyone who wants to laugh.

Yet if you think “Hot Fuzz” is only laughs, then you are dead wrong.

There is a mystery for Angel to solve in the village of Sandford, and you will find yourself trying to solve it along with the characters. You will be second guessing yourself, then third guessing yourself as the story twists and turns. I almost had the ending guessed, but it hit it out of the park!

The last thing that I suspected from “Hot Fuzz” was a story that stood on its own apart from the comedy, but the movie did not care and gave it to me anyway. The characters are likable, mostly memorable and decently developed for what is a satire *satirical-MF police movie.

There are tons of shows and movies coming out, all of which have grabbed my attention for the coming weeks. But I will take the advice of one of my professors: old gold is still gold. “Hot Fuzz” is not the newest or shiniest thing, but it truly is gold.

Get together a group of friends who have not seen the movie and get ready for the ride of your summer. Make sure to watch out for the goose, he is an important character that comes up throughout the whole movie!

If you need a movie to watch this summer I encourage you to try out “Hot Fuzz,” a movie that will have you on the edge of your seat and laughing right off it. I rate “Hot Fuzz” a total of six geese out of seven “Village of the Year” awards!