Pulver plays for San Diego Wave FC, one of many Cougs in NWSL 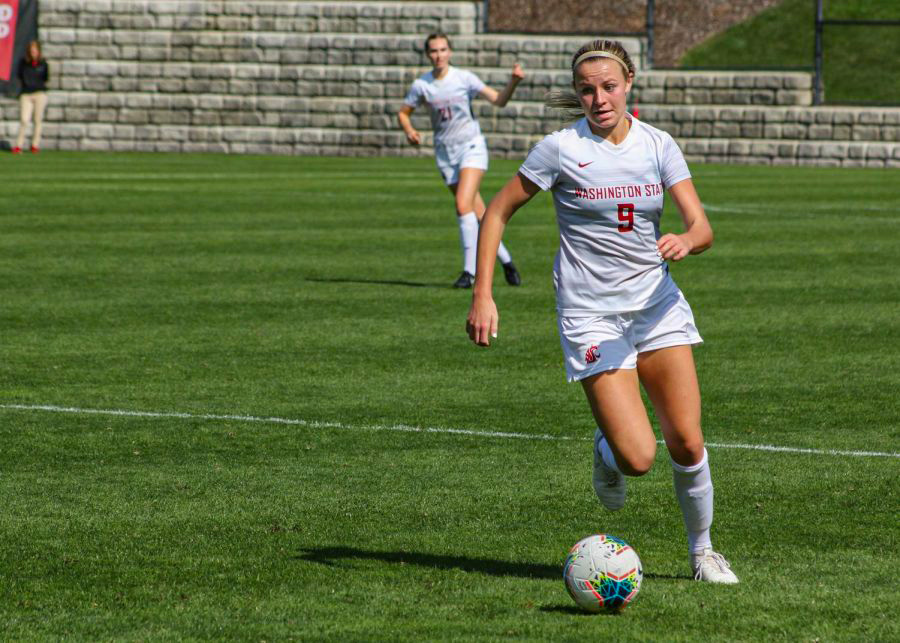 Senior midfielder Sydney Pulver dribbles the ball up the pitch as she looks for teammates.

Pulver was drafted No. 25 overall by the San Diego Wave FC after a career year at WSU in which she started all 21 matches in 2021.

Since being drafted, Pulver has patiently waited for her opportunity to hit the pitch. That moment finally came in the 82nd minute of San Diego’s 3-0 win over NJ/NY Gotham FC at Red Bull Arena in Harrison, N.J.

As a key defender, she led the Cougs to 13 shutouts and was third on the team in scoring. Pulver scored six goals and recorded five assists last season.

Also drafted December 2021 was Elyse Bennett, who led the Cougs in scoring last year with a career-best 10 goals and 24 points, and Bennett is sixth all-time on WSU soccer’s all-time scoring list.

Bennett was drafted 7th overall in the December 2021 NWSL draft by Kansas City. Bennett joins 2020 No. 2 pick Morgan Weaver (Portland Thorns) and 2021 No. 2 pick Trinity Rodman (Washington Spirit) as top-10 picks from WSU over the past three years.