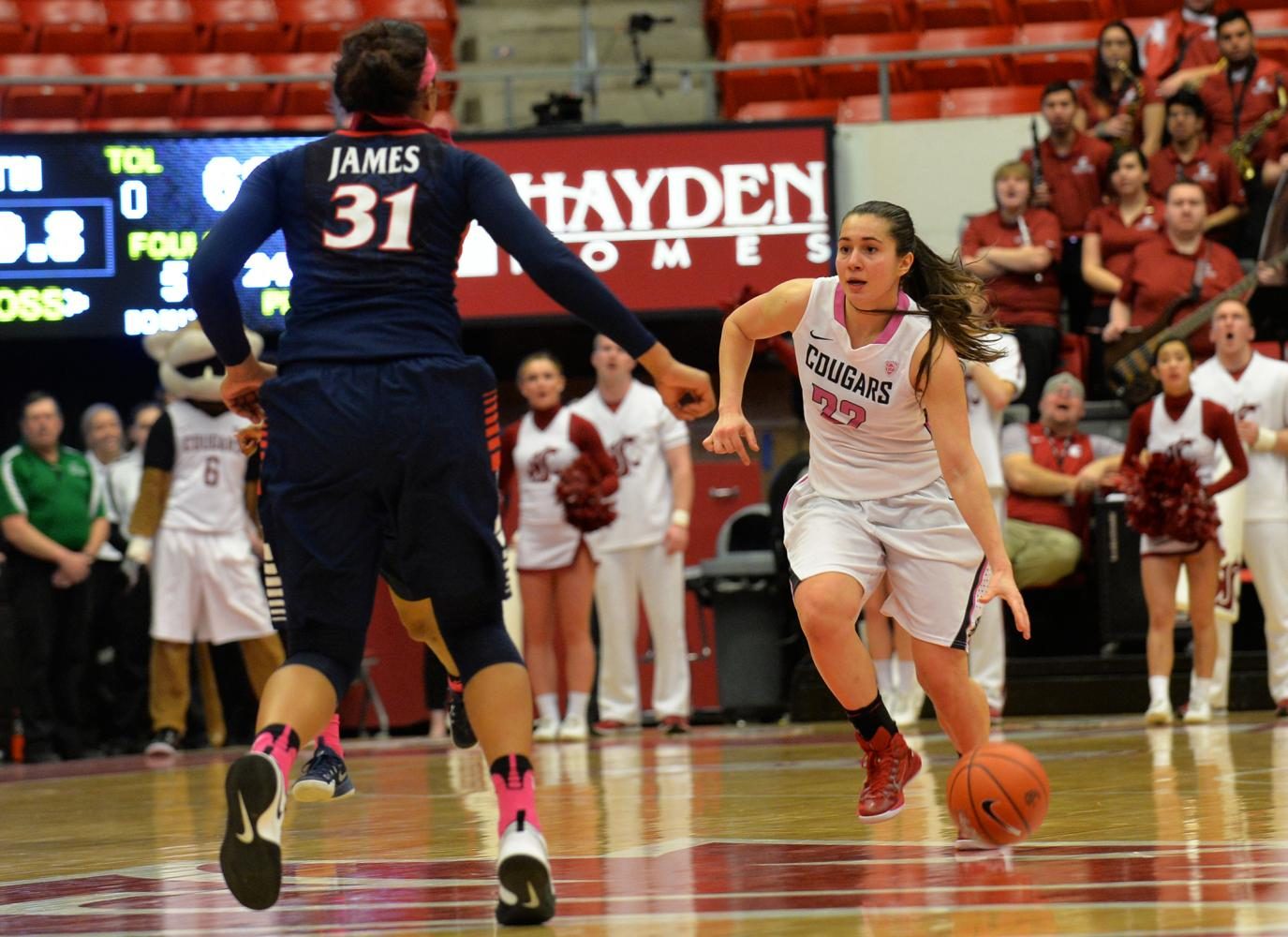 The WSU women’s basketball team will be on the road during Thanksgiving at the Gulf Coast Showcase Tournament in Estero, Florida. They will play the University of South Florida in the first round, led by Head Coach June Daugherty.

Headlined by the defending national champion, the South Carolina Gamecocks, eight teams will play in the event. Rutgers, St. John’s, Western Michigan, Notre Dame and East Tennessee State will also be competing for the title.

If WSU can pass through South Florida, they’ll either play Notre Dame or ETSU in the second round of the tournament.

Despite injuries to much of the team last season, the Cougars fought their way to the semi-finals of the Women’s National Invitation Tournament (WNIT). In the third round, WSU faced and beat UC Davis by a final score of 71-62. A rematch will take place during the Cougars’ season-opener Nov. 10.

This year’s team will be without Ivana Kmetovska as she graduated in the spring. Kmetovska represented WSU in the WNIT three separate times. The program had yet to win a playoff game until last season, when the Cougars snuck in with a 12-18 regular season record.

“In the coming years and especially [this] season, this team is going to be a force to be reckoned with in the Pac-12,” Brunson said. “This is a program that once hoped to win games and now is a program which knows it can win games.”