The Cougs will play Howard on Monday before returning home 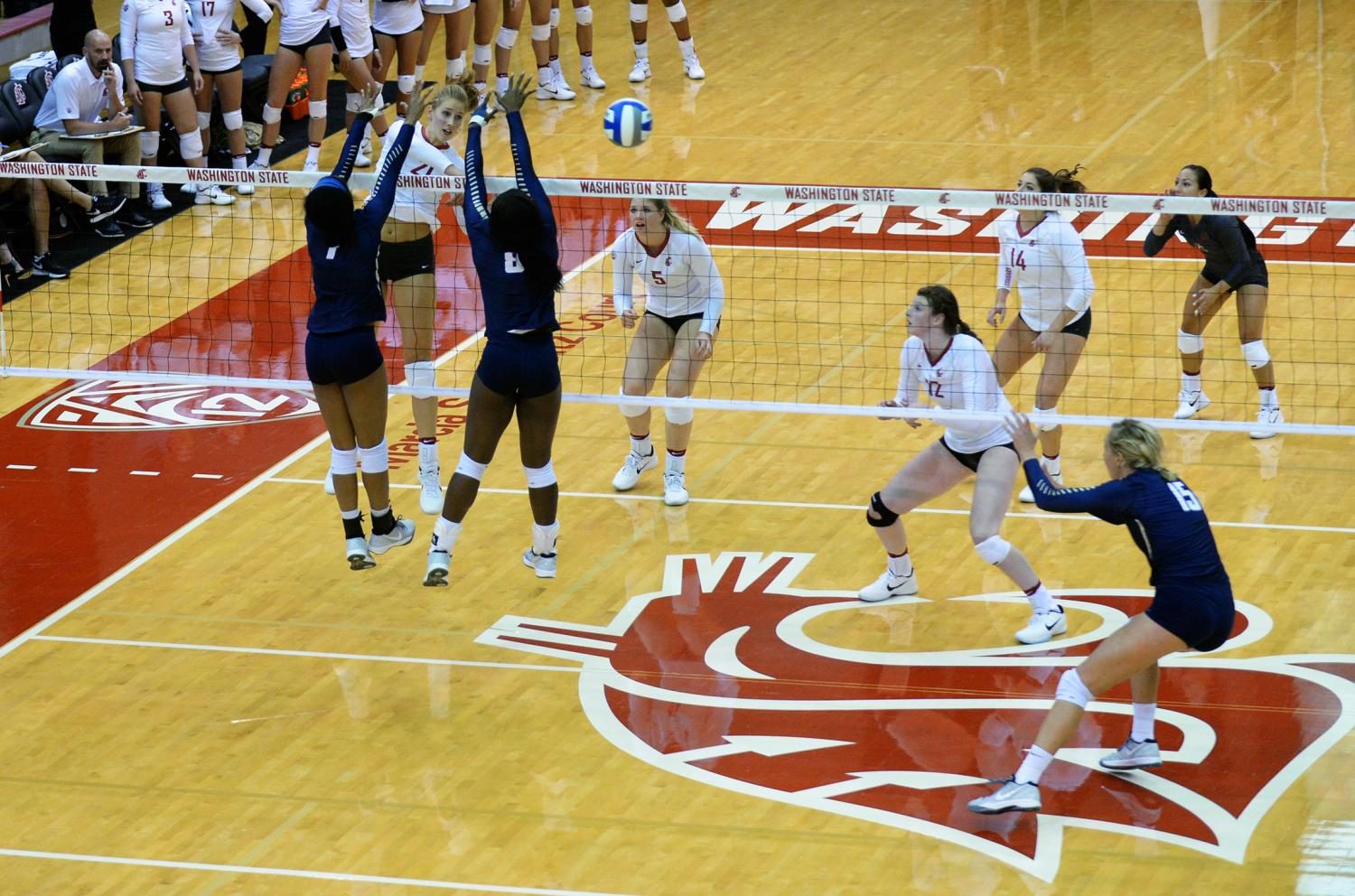 WSU Volleyball plays in a game against Maryland Eastern Shore on Sept. 9, 2016.

The Cougar volleyball team (1-0) won their first game of the season Sunday night, defeating American University (1-3) three sets to one in Washington D.C.

WSU won the first two sets to take an early 2-0 lead. The Eagles dominated the third set, cutting the Cougar’s lead in half.

The fourth set started similarly to the third as the Eagles jumped out to a 12-5 lead, almost ensuring the game would go to a fifth and final set. Instead, WSU came back to tie the game at 14 apiece before buckling down and winning the match 28-26.

Handling the mounting pressure like a veteran team, Head Coach Jennifer Greeny said in a postgame interview that WSU needs to do a better job of making sure the wheels don’t fall off.

The Cougs finished more sound than the Eagles in terms of errors committed and hitting percentage.

Junior outside hitter Taylor Mims and junior middle blocker Ella Lajos led the scoring for WSU with 13 and 12.5 points respectively. Senior opposite Casey Schoenlein produced 12 points, but junior outside hitter Aleksandra Kazala led all scoring with 20 points for the Eagles.

“A difference in our season this year versus last year is our lineup and positional changes,” Lajols said. “I think this will be a great advantage because other teams will have no idea what to expect.”

American University won the Patriot League last year and are predicted to win it again this season. This was the Eagle’s fourth match in 48 hours while the Cougars just finished up their first game of the season.

“American is a fantastic team — well-coached, disciplined and you could tell they’d played a couple of matches before ours,” Greeny said. “We give a lot of credit to them. We’re excited to get right back out there and try and get better.”

The turnaround is brief for WSU as they prepare to play again at 4 p.m. today against Howard (1-2). The Bison handed American University its only win thus far.