Crazy Days returns: Merchandise and music to ‘fill the soul’ 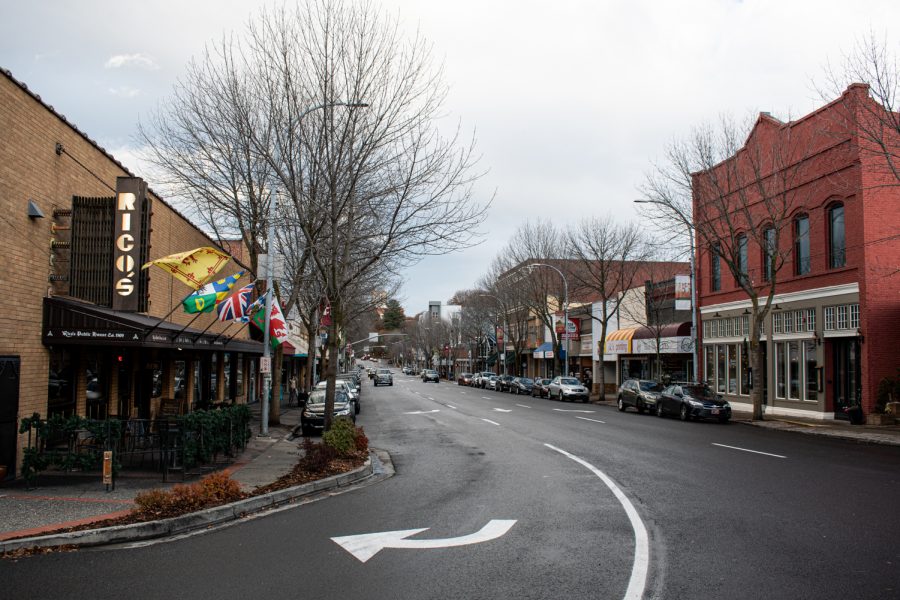 The Pullman Chamber of Commerce and Downtown Pullman Association are sponsoring the three-day event.

Pullman’s annual Crazy Days event will return on July 14 and partner with Music on Main, supporting local businesses and the community.

“I think it brings people together and gives people the opportunity to get great bargains,” said Mitch Chandler, co-owner of Neill’s Flowers and Gifts and organizer of the event.

Pullman has held the three-day event for over 50 years. Chandler has been involved in organizing Crazy Days on and off for about the last 30 years.

The event is a summer sale for downtown businesses, including Neill’s Flowers and Gifts, he said.

“It’s kind of the opportunity once a year to have a sidewalk sale and sell merchandise you’ve had a while,” Chandler said. “Back when we had lots of clothing stores in town, they had an opportunity to sell their summer clothes and make way for their fall catalog.”

Ten businesses have already agreed to be a part of the event, and Chandler anticipates there will be at least a few more. Brused Books, B&L Bicycles, Cherie Amour, and Lily Bee’s Fine Boutique and High End Antique Consignment Shop, are among the participating businesses, he said.

The Music on Main collaboration this year is a relatively new addition and has become an important part of Crazy Days over the past three or four years, he said. Businesses will extend their hours to around 8 p.m. on Thursday, coinciding with the performance.

The Pullman Chamber of Commerce initiated the merger of the two events, and the Downtown Pullman Association co-sponsors the event. Music on Main aims to bring more people downtown to spend money, Chandler said.

Wendy Peterson, Soulstice vocalist and keyboard player, said she thinks music is important for community events because it helps bring people together.

“I just think music fills the soul. It’s something we can all enjoy together regardless of all our views of all the crazy things happening in the world,” Peterson said. “It provides kind of an opportunity to take a deep breath and let go of some of the stress that’s going on.”

Peterson said the core members of the band have been together for 12 years, with a variety of members becoming a part of it over time. The group has enjoyed playing at the Moscow Farmers Market, the Whitman County Humane Society and several local restaurants. They are excited to play at Music on Main for the second time, she said.

“We played Music on Main during Crazy Days last year, and it’s such a fun event because we love playing for family and friends and we consider the Pullman community part of our family,” Peterson said.

The band started to come together when the members, many of whom are affiliated with WSU, began to converse about their love of playing music.

The band is comprised of Becky Bitter on guitar and vocals, Chad Gotch on bass guitar, Kevin Stauffer on lead guitar, Doug Stewart as a sound technician, Melissa Freeman as a vocalist and Jeff Schaller on drums, Peterson said.

Peterson said the group has practiced a few times this week already, but they do not have a set schedule for rehearsals before the performance.

“We rehearse every chance we get because we just love playing music together.”

Chandler said Music on Main bands are typically groups that attract people and appeal to all ages.

Crazy Days is important to the community because it brings people together and gives them a chance to get good bargains, he said.

“It brings people together, it gives businesses an opportunity to move some of their merchandise,” he said. “It’s our one opportunity to have a real good sale.”