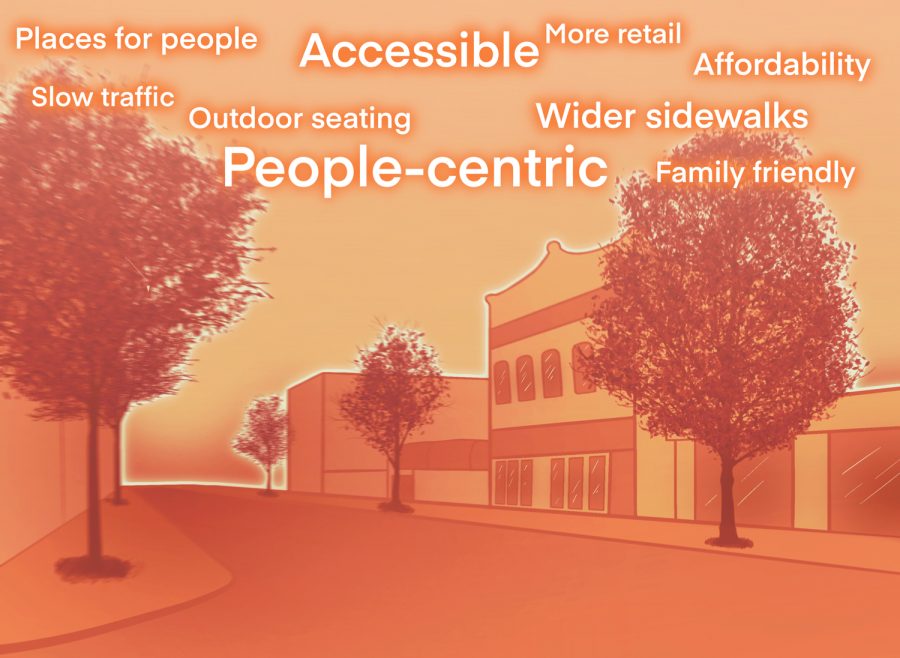 The City of Pullman may enforce a stronger blight code downtown.

Pullman Transit Manager Wayne Thompson proposed changes to current bus routes throughout Pullman and WSU, which may go into effect in August. Final routes will be brought before the council for approval on Aug. 9, Thomas said.

Students and community members can find visuals of the proposed changes on Thompson’s route comparison document.

Wheat and Lentil bus routes would end at 10:30 p.m. rather than midnight. In 2021, Thompson said the routes saw less than one passenger per evening and less than four on Saturday nights, so ridership rates will not be impacted by this change.

Instead of Crimson and Gray Express systems, a new system named ApartmentLand Express would create a 15-minute loop that reaches Pine Ridge Apartments. There would be three core buses in a five-bus express system, Thompson said.

Campus Loop would remain unchanged, but its name would become Campus Route.

Blue Route would turn left on Northeast Spokane Street to Northeast Campus Street instead of Northeast Thatuna Street, stopping about two blocks from the Chinook Student Center. When buses take a left-hand turn to leave the center, they often face lengthy delays as long as seven minutes, which impacts route schedules and break times for employees, Thompson said.

Coffee Route would operate from 6:30 a.m. to 6:45 p.m. rather than three hours per day, Thompson said. The route would include stops on Northeast Stadium Way and Transfer Station.

City Council approved the final draft of the Pullman Strategic Tourism Plan, which provides more opportunities for downtown businesses and brings more overnight visitors into Pullman, according to the draft.

Leveraging WSU venues is ranked high on the city’s priority list. The final draft proposes Beasley Coliseum and Martin Stadium host additional concerts and performances throughout the year, featuring national acts that pass through Pullman on their way to the west side of the state, according to the draft.

The City of Pullman also aims to address deteriorating businesses downtown by enforcing a stricter blight code or creating a Façade Improvement Grant Program to reduce peeling paint, cracked windows and awning replacements, according to the draft.

For more information on changes downtown, establishing new flights out of Pullman-Moscow Regional Airport and a unified Pullman brand, community members can read the final draft.

The company’s e-bike and e-scooter technology include geofencing, which ensures the vehicles are not rented or ridden outside of “ride zones,” Reback said. Riders will receive auditory alerts, and the throttles will gradually stop if riders enter a no-ride zone.

Although e-scooters are permitted on campus grounds, they will not be allowed on city streets with a speed limit of 25 mph or greater as well as on sidewalks in the central business district, according to Ordinance 04-34. E-bikes are allowed on streets if their wheels are larger than 10 inches.

Councilmember Eileen Macoll said she is concerned the council would have to change the ordinance “a great deal” to accommodate Spin Mobility, which would be time-consuming.

The council voted in favor of Johnson starting an agreement with the nonprofit program BlueBridge Alliance.

Initial funding is provided by BlueBridge Alliance, and continued funding will be provided by community donations. Officers are required to document donations and expenses, Jenkins said.