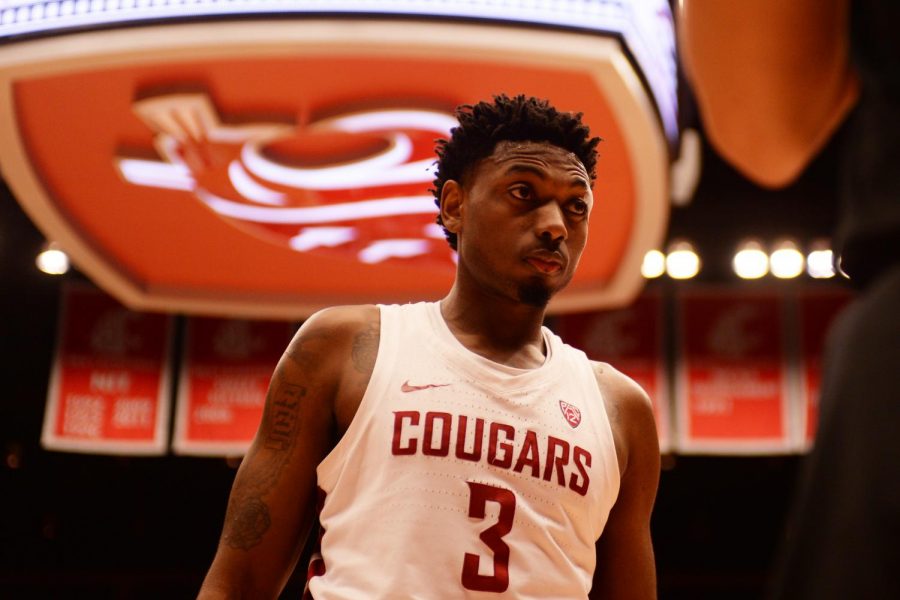 Then-senior forward Robert Franks dons a bandage across his left eyebrow in an intense second half of a February 2 basketball game against USC. Franks scored the most points of the Cougar lineup, earning 25 points throughout the game.

Former Cougs Aron Baynes and Robert Franks were in Las Vegas last week to earn a roster spot on an NBA team. Baynes held his first workout since 2020 and Franks is playing for the Boston Celtics’ Summer League team.

Baynes held a Las Vegas workout Friday for teams to watch as he is finally back to 100% after 11 hard months of rehab.

Baynes is a nine-year NBA player who was signed by the San Antonio Spurs in 2013 after playing in Europe after he graduated from WSU in 2009. He spent three years with the Spurs before playing for three years with the Detroit Pistons. After Detroit, he spent two years with the Boston Celtics and a year with both the Phoenix Suns and Toronto Raptors. He is currently searching for a new NBA contract.

In July 2020, Baynes took a bathroom break in the third quarter of Australia’s group stage Olympic game against Italy when he was found on the floor with two wounds on his arm and blood on is jersey. He had fallen.

His second collapse came after he attempted to get off the stretcher that he was given. Baynes spent the next two weeks in a Tokyo hospital working to regain his ability to stand.

He was allowed to return to Australia two weeks after he collapsed but he spent another month in an Australian hospital working on regaining his strength.

Another Coug who is back in Las Vegas is Franks who is currently on the Celtics’ Summer League team where he looks to get minutes that could lead to a contract in the NBA. As of now, Franks has played in four of the five Summer League games and has 10 points with a high of seven in a game. Franks has come off the bench in every game for Boston.

Franks started his NBA journey in the G-League. He then got a few 10-day contracts with the Orlando Magic. After the Magic, Franks played in Australia with the Brisbane Bullets and averaged around 18 points and nine boards a game.

Although Franks is playing for the Celtics’ Summer League team he is still under contract with the Bullets in Australia so he has somewhere to play should the Celtics or any NBA team not give him a contract this summer.