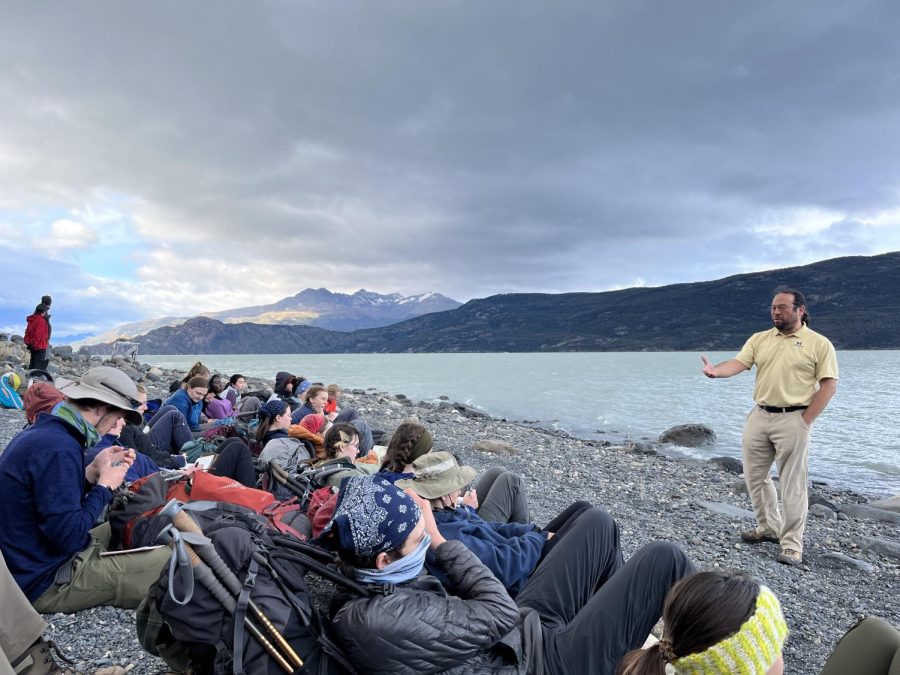 From Spain to Dubai, WSU studying abroad programs give all students the opportunity to travel around the world.

Jackson said the most popular studying abroad programs are faculty-led programs. Many students choose to study abroad to earn credits that are offered from doing so.

“It also helps them stand out in the job market and just shows that employers are looking for people with international skill,” she said. “It helps them learn about themselves and develop self-awareness. It helps them build a global network.”

Students involved in the Carson College of Business get to learn about business in other countries, she said.

“A lot of the programs have opportunities to learn about business from that country,” Jackson said. “There’s a lot less classroom time and a lot more time to see how things work in that country.”

Maritay Mendoza-Quiroz, senior political science and foreign languages major, is one of the students who visited Spain, for about six weeks during the summer with 17 other students. The trip allowed students to complete credits for diversity and humanities courses, she said.

She had been interested in doing so since her freshman year when she learned about programs for first-generation students.

“I think many first-generation students share the same background — they’re children of farm workers or come from low-income families. For students like me, it’s a great opportunity to go to other countries and really get that experience,” Mendoza-Quiroz said.

After she immigrated to the U.S. from Mexico five years ago she wanted to explore other countries as well, she said.

“My whole family is in Mexico, so one of my reasons [for studying abroad] was to show them I can go and pursue all these goals, just to see the world from a different point of view,” Mendoza-Quiroz said.

Mendoza-Quiroz said she learned a lot about the difference between Spanish and American cultures, like the popularity of bullfighting.

“I came for the experience and now I can say I witnessed that culture or that sport. It taught me that every culture is different, and it carries a lot of history and meaning to Spain in general,” she said.

Another part of the culture in Spain she learned about was the tradition of siesta time, Mendoza-Quiroz said. From 2-4 p.m., people take a nap when the heat is at its worst, which she and others on the trip took advantage of during that time.

Jackson said she recommends students prepare for partaking in a study abroad program ideally a year in advance and, at minimum, two semesters in advance.

It took the entirety of the spring semester to prepare for the trip, Mendoza-Quiroz said. She applied to take part in the program in September 2021 and was notified of her acceptance into the program in November 2021.

The faculty-led programs can last from one to 11 weeks depending on the program, Jackson said. The length of time of the program can also affect the cost for students.

“It’s possible for students to actually save money if the cost of living is lower than living in Pullman,” Jackson said. “We do our best to keep the cost as low as possible for the students. Some of them are very similar to taking summer school at WSU.”

During preparation for her trip, Mendoza-Quiroz worked with an instructor who helped students find scholarships for the summer semester to help pay for it, she said.

“One thing that was really good was the tuition in Spain wasn’t that expensive — I think it was about $4,000 — but for flying and the money you wanted to spend over there, the total is about $7,000,” Mendoza-Quiroz said.

Mendoza-Quiroz said she would recommend other students to take part in a study abroad program if they can because you can always learn a lot from the experience and take part in a once-in-a-lifetime opportunity.

“At first, I was kind of afraid to be away from home and be in another country, but it’s a great experience. If you have the opportunity to do a longer study abroad program, I would recommend you to do that because I really had a great, great time,” Mendoza-Quiroz said.