Pullman serial rapist is sentenced to life in prison 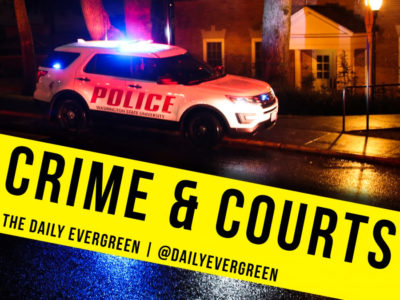 Trigger warning: This article contains details about sexual assault that may be triggering for some readers.

Nineteen years after three women reported to the Pullman Police Department that they were victims of rape, Kenneth Downing, 47, was sentenced to life in prison on Friday in Whitman County Superior Court.

Downing, of Elk, was convicted on four counts of rape in the first degree and one count of assault in the second degree with sexual motivation, and he is not eligible for parole for nearly 24 years, according to a Whitman County Prosecuting Attorney press release.

If he is released from prison, Downing must register as a sex offender and will be on lifetime supervision with the Department of Corrections, according to the press release. The three women will have lifetime protection orders against him.

In November 2003, one WSU student reported that she was raped at gunpoint in her home. Downing raped the woman three times, wearing a ski mask and armed with a handgun, according to a Spokesman-Review article.

In March of the following year, two college students reported that a man was in their home with a gun, who raped one woman and tied up the other, according to the press release.

All of the women visited a local hospital or emergency room and received a sexual assault exam, in which DNA samples were obtained, according to the article.

Despite conducting an investigation into the two cases, the Pullman PD could not identify a suspect. The case became cold, but Pullman PD continued to look into Forensic Genetic Genealogy, according to the press release.

After a profile was developed that matched Downing, his DNA matched the crime scene, and he was arrested on March 17 at his construction job in North Spokane and booked into the Whitman County Jail, according to a Pullman PD press release.

On March. 18, Downing initially pleaded not guilty and faced 13 charges, according to a KREM article.

On Friday, Downing said he never intended to harm anyone, but Superior Court Judge Gary Libey said the crime was premeditated before sentencing Downing to life in prison, according to the Spokesman-Review article.