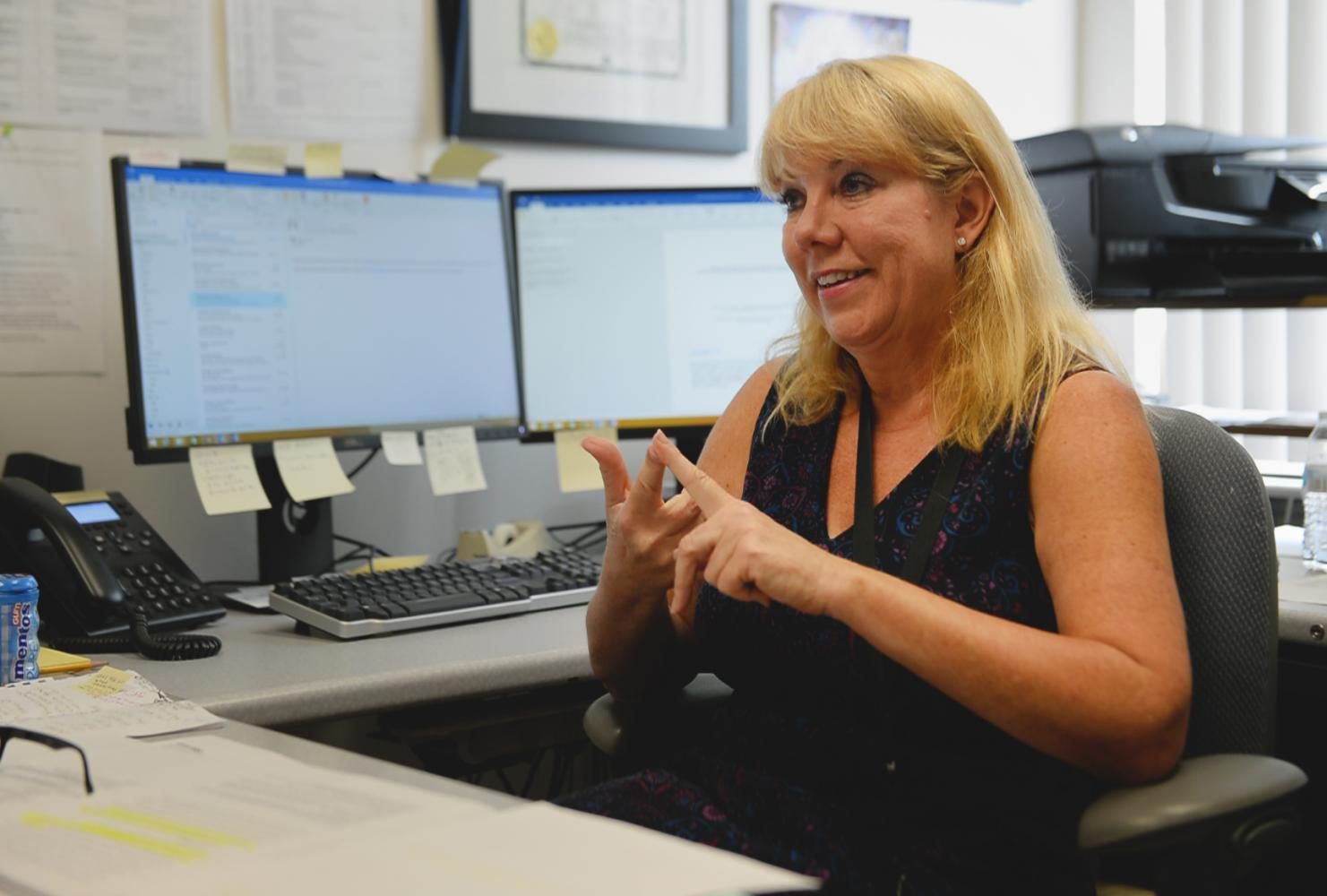 WSU professor Kimberly Houser explains her research into the IRS.

Kimberly Houser, a clinical associate professor of business law, examines the privacy issues related to the IRS’s data analytics program. According to her research, the IRS is breaking several laws by mining large amounts of data from commercial and public data pools and social media platforms.

“They look for correlations between those convicted of fraud,” she said, “and apply it to people’s information from social media sites.”

Data mining is analyzing information and using algorithms to compute them, Houser explained. For example, a credit card company may track the places a person makes purchases the most, and what those purchases are. Advertisements online are then marketed toward their purchase history and interests.

The data the IRS mines is analyzed by an algorithm that looks for similarities in other citizens’ information. It continually changes and adapts.

“We don’t know what information they are looking at,” she said.

There is a difference between private industries mining data and the government, Houser said. When working for a company or downloading an app, she said, you consent to those company’s collecting your information.

“This doesn’t cover secondary use,” Houser said. As for the government, and the IRS specifically, they are not informing individuals when they are collecting data on them or giving them the opportunity to review and correct the information.

“I would like to see enforcement of the laws we have,” Houser said. “There is really nothing that you can do to protect yourself. This is unfair for two reasons: people post [online] about others and people aren’t completely honest.”

The series of laws being broken include the Privacy Act of 1974 and the Electronic Communications Privacy Act, she said, adding that the federal privacy laws are out of date.

“The laws we have were written in the 1970s and ’90s,” Houser said. “Judges need to understand new technology and the impact of out-of-date laws. It is potentially harmful.”

Even when the courts have ruled in favor of privacy, the IRS was still not following the rulings, she said. In the U.S. v. Warshak ruling in 2010, the Supreme Court established that warrants were required for the government to review emails of citizens. The IRS continued to review citizens’ emails until 2013, she said.

Houser will continue to research privacy laws by next focusing on European privacy laws and the relationship between the European Union and the U.S.