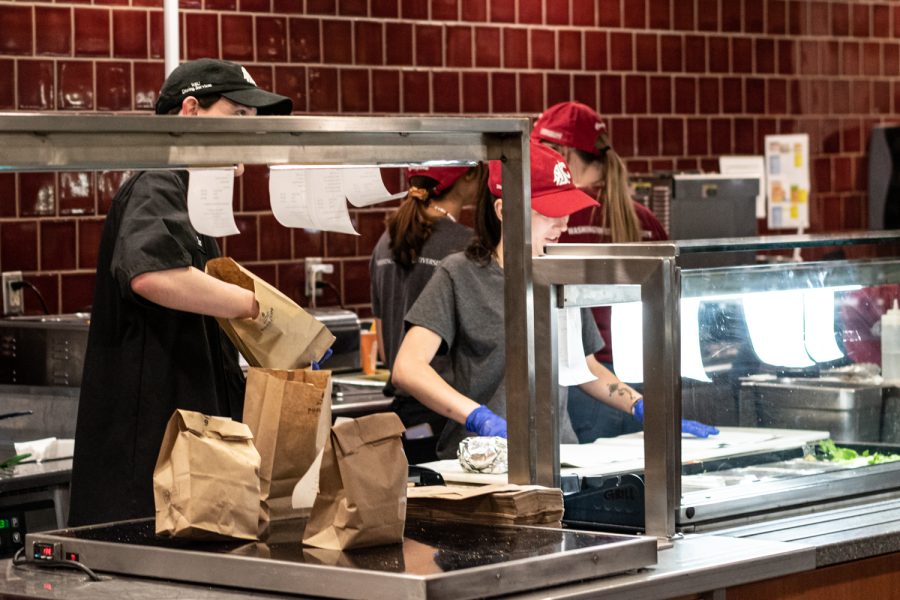 Nearly five weeks after Northside Cafe implemented mobile ordering for its Big Cat Grill station this year, dining directors have seen meal quality improve despite some challenges in adjusting to the new system.

“We’ve had to learn how to make it work best in that location,” said Adam Koerner, associate director of culinary operations. “As far as numbers go, it’s been a success. We’re having the most orders of all three locations there throughout lunch and dinner, which is fantastic.”

The shift toward mobile ordering systems began during the peak of the pandemic because people could not come into the dining halls in compliance with the safety precautions, he said.

When normal operations began again, the mobile ordering system was dialed down so only a few stations benefiting from the system were using it, Koerner said. Dining services tried a mobile ordering system about a year ago with Presto Pizza, but it canceled that platform because it did not garner as much traffic as it had hoped.

At the Big Cat Grill station, students are able to schedule their meals if they have a tight schedule, and employees can to provide a higher quality product with the new system, Koerner said. Last year, employees were pre-cooking hamburgers to keep up with the orders, which drove their quality down during rush hours.

“We’ve only scratched the surface on what we can do with this,” he said. “I think in the future what can come from this is a larger menu since they’re made to order. The beauty of this particular solution is the long term benefits that can come from it as well.”

Jason Butcherite, associate director of residential dining, said Big Cat Grill employees began training with the new system at the end of the spring semester. He said it has made work somewhat easier for employees to visualize each order and streamline their cooking process.

“It’s always kind of a trade off when you make a switch like this, but I feel ultimately it’s a positive thing,” Butcherite said. “We’re just kind of missing that customer interaction to engage with the students and have some contact there. That’s part of the trade off.”

Additionally, the GET app provides more options for students, he said.

“Frankly, I think it’s very negative,” Tinsley said. “If they brought back the different sauces they had before, then that would be great.”

However, there have been some challenges in implementing the new system, like adjusting to mobile ordering, Butcherite said.

“The biggest thing is just getting our staff adjusted to the new process. We’ve put some safeguards in place. For example, we can only accept a certain amount of [orders] in a certain time period,” Butcherite said.