The transfer portal opens, and stars pour out for the Cougs

Key players on both sides of the ball were on different rosters last year, they performed well on Saturday. 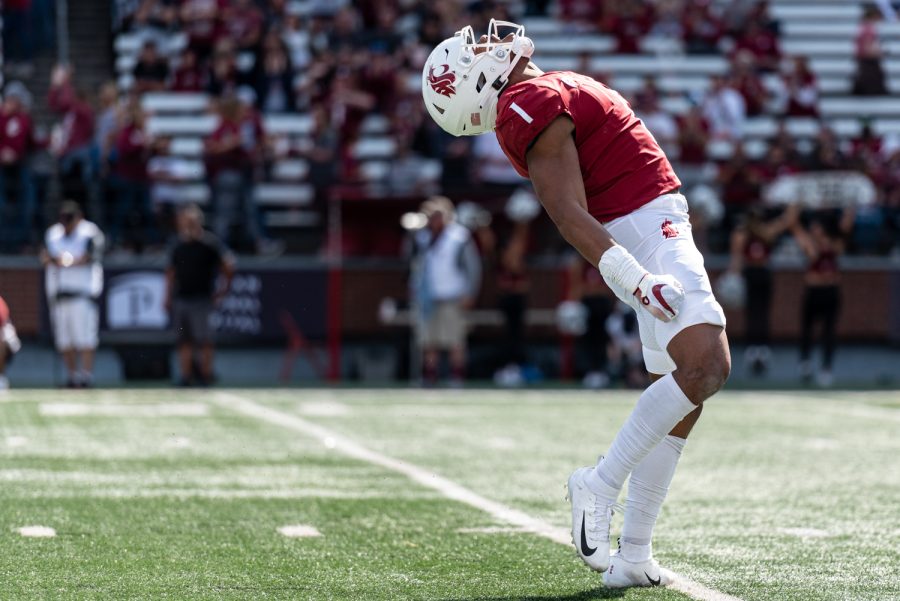 Cougar football is rejuvenated in part thanks to several key transfers from the portal.

On Jan. 7, WSU football fans received a troubling notification. Standout quarterback Jayden de Laura had entered the transfer portal, and would no longer be a Coug. It felt like the team was coming undone.

This story has been a constant for many schools since the transfer portal began in 2018. Good players develop, and then leave for better programs. Smaller programs like Wazzu don’t stand a chance.

Three days after losing de Laura, the Cougs gained from the portal as well, in the form of Incarnate Word star QB Cam Ward. Not long after, Cam Ward’s favorite receiver from Incarnate Word, Robert Ferrel, also transferred to WSU.

Cam Ward and Ferrel came to Wazzu in large part because their head coach from UIW, Eric Morris, was hired by the Cougs as their new offensive coordinator.

The ex-Wolfpack transfers were defensive back Jordan Lee, who had 86 tackles last year at Nevada, and linebacker Daiyan Henley, who was All-Mountain West second team with 103 tackles last season.

Clearly, Wazzu came out of the portal season with a number of players that both sides hoped to be contributors. Against Colorado State, we saw exactly how they can.

On offense, Cam Ward looked more comfortable than he has so far this season, finishing the day with 292 yards and four touchdowns. While it does not match the 357 yards per game he averaged at UIW, it came against better competition than he faced at any point with the Football Championship Subdivision schools he used to play against.

More than a fifth of those yards came on throws to Ferrel, a fraction made especially impressive with the revelation post-game that he was on a downs restriction due to a recent injury suffered over the summer. During the snaps Ferrel was in, he was utilized in the slot, and his skills in pre-snap motion and craftiness in the intermediate field had clearly transferred from his time catching passes from Cam Ward back in San Antonio.

While Ferrel only caught three passes on three targets from Cam Ward, it looked like there was much more in store for the well-traveled connection between the two.

Likewise, while Lee was still out after being injured in the prior game against Wisconsin, a fantastic performance came from the other Nevada transfer portal product.

Henley has looked like a versatile defensive star so far with the Cougs, and anyone who so much as read his stat lines from his time in Nevada would know this is not a surprising outcome.

In an interesting twist of fate, the same offseason that saw Henley and Lee follow Brian Ward to Wazzu also saw Colorado State hire Jay Norvell, who was previously the head coach at Nevada. Norvell was part of recruiting Henley out of high school as a receiver, as well as later converting him to the side of the ball where he now thrives.

And thrive he did against the Rams, with 13 tackles, three of which were for loss, and two forced fumbles. This kind of performance is familiar for Henley, who had three games last season with double-digit tackles (one of which also came in a lopsided victory against Colorado State).

Henley is currently the No. 1 ranked linebacker in the nation according to Pro Football Focus’ grading system, but you would not hear it from him. Henley credited his defensive line with much of his success.

“I gotta give more credit to my team because I couldn’t do nothing without them. A lot of these sacks I’ve been getting right now are coming from these openings that are provided by them,” Henley said. “With the help of them, my guys, the four up front mainly, it’s just like open gaps.”

With multiple top-tier defensive performances so far this year, it is not looking like Henley is slowing down any time soon.

While the transfer portal can be scary and disappointing, it is important to note the players gained from the portal have been some of the keys to the success the Cougs have seen early in the season.